Nerds of a Feather 2020 Awards Eligibility 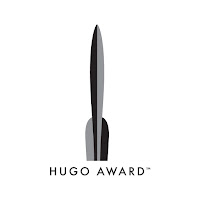 It's that time of year again!

As we look back on all the exciting and wonderful novels, stories, movies and games that our flock read this year, we once again want to take a moment to shine a light on some of the work that we're personally proud of from 2019, for your consideration when it comes to nominating for the Hugo Award.

Once again, Nerds of a Feather, Flock Together put out reviews, commentaries, essays and genre coverage five days a week in 2019, covering everything from Adrian Tchaikovsky to Zen Cho. We may not have managed to read all the books, see all the shows or read all the comics that we personally wanted to (those pesky outside lives!) but we certainly made an effort. We gathered for some great blogtables, including our look at The Avengers: Endgame, and brought in a whole range of authors to wax lyrical about their favourite books and more.

This year, our big project was The Hugo Initiative. Spearheaded by Joe Sherry, along with Paul Weimer, Adri Joy and Mike Newhouse-Bailey, we looked back at the best and worst from the award's history, including novels, short fiction, graphic stories, movies and more. This was a fascinating project to put together and we once again think it contains some of our best writing and conversations for the year.

In shorter projects, founding editor Vance Kotrla took a look at family friendly horror in all its forms in the series Let's Frighten Children. Phoebe Wagner and Dean E. S. Richard had week-by-week reactions and analysis of most exciting TV shows of 2019 in Watchmen Wednesdays and Mondays on Mandalore. Our team also had plenty to say about the final season of Game of Thrones, and about the long, bumpy ride it took to get there.

We also had plenty of regular features running throughout the year. Mike's extensive coverage of comics in the weekly Thursday Morning Superhero column, Adri brought short fiction coverage back to the blog in the monthly(-ish) Questing in Shorts feature. Joe kept up our regular coverage of everything new and exciting in genre fiction through our New Books Spotlight. And, of course, we found a few things to say about 2019's Hugo ballot, and awards in general, as well.

Being nominated for the Hugo Award is a privilege, and we are honoured to have been awarded that privilege in the Best Fanzine category by voters for the past three years. We once again ask for your consideration, particularly in the following areas:
Related Work
The Hugo Initiative, by Joe Sherry, Adri Joy, Paul Weimer, and Michael Newhouse-Bailey
Let's Frighten Children, by Vance Kotrla
Fanzine
Nerds of a Feather, Flock Together, edited by Joe Sherry, Adri Joy, The G, and Vance Kotrla
Fan Writer
All of our flock are individually eligible for best fan writer for their work on our fanzine, and some of us also write elsewhere. If you're looking to fill out your fan writer ballot, here's our view of the highlights from our talented team this year:

Dean E. S. Richard
Game of Thrones Recap (by someone who read a few books and is on Twitter)
This Is Not a Review of Joker
Mondays on Mandalore: A New New Hope

Phoebe
The Space Between Postcolonial Literature and Epic Fantasy
Introducing Watchmen Wednesdays
The Community of Apocalypse: On N.K. Jemisin's The Fifth Season
Battlestar Galactica as a Human Rights Narrative

The G (editor)
Review: Infinite Detail
How to End Game of Thrones
Review: Terms of Enlistment