The Space between Postcolonial Literature and Epic Fantasy

Hi all! Like so many folks, I was anxiously awaiting Marlon James' African Game of Thrones. While I hesitate to review it, I did want to write about it and have a long essay for your thoughts and enjoyment. Thanks for sticking around! 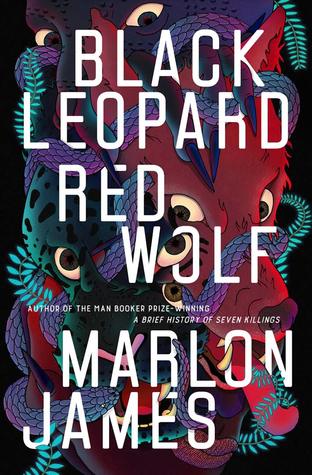 The Space between Postcolonial and Epic Fantasy

After the success of A Brief History of Seven Killings (2014), acclaimed writer Marlon James declared his next novel would be an “African Game of Thrones” (VanderMeer). In 2019, Black Leopard, Red Wolf hit the shelves, though speculative fiction reviewers immediately distanced the book from Game of Thrones. Instead, Victor LaValle suggested James was taking on J. R. R. Tolkien’s cementation of the mythic European quest tale but that James “is here to kill that noise” (LaValle). The novel feels more in conversation with Tolkien than George R. R. Martin, particularly in the focus of a quest, but also in the frame. Technically, The Lord of the Rings is written as a continuation of Bilbo’s There and Back Again, which is published as The Hobbit. James also incorporates a frame (or frame upon frames) in telling Tracker’s quest. Jeff VanderMeer’s review reminds readers that James represents a generation of writers killing the noise around Tolkien and white-centered fantasy: “It’s just plain lazy to compare this novel with, say, works from the last decade by Nnedi Okorafor or David Anthony Durham or [N. K.] Jemisin or Minister Faust or Nisi Shawl or Kai Ashante Wilson” (VanderMeer). A cohort of authors have helped make Marlon James’ book possible, but his book remains so unlike these novels that grouping them together feels inept, as VanderMeer writes. Indeed, this novel would not be grouped with Okorafor or Durham on the bookshelf, even though it very much requires a knowledge of speculative fiction to successfully read. While these authors engage with postcolonial themes, I argue that James’ Black Leopard, Red Wolf subverts the postcolonial tradition through epic fantasy but by relying on oral storytelling, the novel joins texts like Rushdie’s Midnight’s Children and Julia Alvarez’s In the Time of the Butterflies. This epic fantasy can be read as post-post-colonial, as James once labeled himself, while still being illuminated by postcolonial theory (Mayer).

The repeated orality in signature postcolonial texts suggests a reclamation of the oral that expands beyond the novel. First, the novel form is not ideal for oral stories. While many writers have used an oral framework to great acclaim—Rushdie’s Midnight’s Children or Faulkner’s Absalom, Absalom! for example—the novel undermines these frameworks by its very form of print or when the orality calls attention to the form of the novel, thus dispelling the illusion. The amount of oral frameworks in postcolonial novels suggests a revolutionary tendency, that telling stories holds power over the oppressor. As Helen Young writes: “Colonisation and imperialism silence the voices of the colonised, rendering them spoken for and about, to such an extent that one of the foundational questions of postcolonial theory was ‘can the subaltern speak?’” (116). Oral frameworks reclaim the silenced voice, but the orality also creates a truth for the reader as a witness, thus accessing the genre of the testimonio.

The testimonio connects to the reader through an empathetic narrator telling the atrocity. While linked to Latina/o/x literature, John Beverly’s description of the testimonio encompasses literature beyond place: “By testimonio I mean a novel or novella-length narrative in book or pamphlet (that is, printed as opposed to acoustic) form, told in the first person by a narrator who is also the real protagonist or witness of the events he or she recounts, and whose unit of narration is usually a ‘life’ or a significant life experience” (31). This description adequately contains a novel like Alvarez’s In the Time of the Butterflies, which fictionalizes the lives of the Mirabal sisters under the Dominican dictator Trujillo, but what happens when magical realism injects the text, such as Rushdie’s Midnight’s Children? Technically, Marlon James’ Black Leopard, Red Wolf functions as a testimonio, but it is not a testimony of history. As more postcolonial writers use speculative elements to engage with their stories, the use of oral frames to create a fantasy suggests a unique intersection of speculative, postcolonial, and narratology studies. Black Leopard, Red Wolf represents this intersection by reaching past the colonial to classical oral epics.

The postcolonial epic fantasy novel may not search for a national literature of a certain place but rather to create a space on the page, and the community around the page, where the traditional fantasy reader—often imagined as a white, cisgender, heterosexual, man—is not the ideal audience. In the article “Devices of Evasion: The Mythic versus the Historical Imagination in the Postcolonial African Novel,” Wole Ogundele recognizes this shift in the goals of earlier postcolonial texts and the current engagement with African myth:

This new genre has not only been explained in terms of cultural hybridity, but has also been traced back to African oral-mythic narratives. These causal explanations are fine, but they do not fully relate the novels to the primary concerns of the main genre(s) of postcolonial African novels that were produced, roughly, between 1958 and the early 1980s. The concerns may be summarized simply as culture and nationhood. The one implies myth, folklore, etc.; the other, history and politics. (125)

While focused on African literature, Ogundele captures the opposite ends of the spectrum between speculative postcolonial and literary postcolonial—respectively, a focus on imagining alternate pasts or new futures versus recording or fictionalizing history. For example, David Anthony Durham’s Acacia Trilogy creates a fantastical world where the colonizers become the colonized, allowing space for a detailed exploration of power structures and systems of oppression. Black Leopard, Red Wolf sidesteps even this exploration of colonization as James creates a fantasy world filled with the universal rather than the historically specific.

In conversation with the testimonio, James’ novel could be read as allegorical for the historical atrocities of imperialism on the African continent (much as Tolkien’s work can be read as allegorically anti-fascist), but through the orality of the novel and layered storytelling, each layered story contains its own believability, the novel becomes pure epic fantasy, as described by Tolkien: “The gems all turn into flowers or flames, and you will be warned that all you had (or knew) was dangerous and potent, not really effectively chained, free and wild; no more yours than they were you” (147). This freedom aligns with the anti-imperialist aims of postcolonial literature, but if postcolonial literature often emphasizes the political and the historical, as Ogundele says of African literature, then is there space for epic fantasy in the postcolonial mode? Akshya Saxena defines postcolonial studies in 2018 as “one of surfacing histories and forms of empire in the globalization of capital” (317). This definition troubles the idea of a postcolonial epic fantasy as it either forces the epic fantasy to be read as an allegory or risks dehumanizing the survivors of atrocity through the lens of sword & sorcery. A third option appears if one views a postcolonial epic fantasy as undermining the empire of traditional fantasy.

Much of the novel surpasses Eurocentric epic fantasy, but readers unaccustomed to such literature have two terms to latch onto: the Tracker and the Inquisitor, both common tropes. Jeff VanderMeer relates the idea of Tracker to the sword & sorcery genre, the less literary offshoot of epic fantasy: “[Sword & sorcery] features some down-and-out adventurer who takes on some task with little enthusiasm and maximum cynicism about the outcome and who may be little changed by the experience, which becomes murky to the point of not even being sure who employed you” (VanderMeer). This description matches Tracker’s attitude, particularly as he engages with the Inquisitor, who ultimately controls Tracker’s story. As one level of reality, the Inquisitor remains thin. His character is largely revealed from Tracker’s responses to unrecorded questions. In the opening of part two, the Inquisitor gains a voice as Tracker reads an account of their talks. When Tracker says the torture the Inquisitor used was not accurately recorded, the Inquisitor’s frame becomes a power structure (100). The Inquisitor controls the narrative to some degree, even through the questions asked to prompt Tracker’s storytelling. He also controls Tracker physically, determining when the story will end. While Tracker’s layer contains the most traditional narrative structure, the Inquisitor’s is marked by absence and when present, becomes epistolary and scriptlike:

A lie is a tale carefully told if allowed to be told, and I would seek to break [Tracker’s] untruth by asking him to tell a different part of the tale. So I asked him not of the first search or the second, but of the four years in between.
INQUEST: Tell me of the year of our King’s death.
TRACKER: Your mad King. (98)

The format separates the levels of narrative, but also the sense of authority. While Tracker asserts his voice in the narrative, the Inquisitor controls the presentation and how the story is received, particularly by those in power. Indeed, this frame represents the most direct relationship to postcolonial literature by focusing on who controls the story and what stories are told or suppressed. While plenty of speculative fiction explores ideas of colonialism, James’ novel remains a traditional epic fantasy in its lack of engagement with “forms of empire,” as Saxena writes. Speculative postcolonial often focuses on, as Grace L. Dillion describes, “the destabilizing effects of internal colonization on cultures that for good or ill welcome advanced technologies and first-world hypercommodification while overlooking tricontinental economic interests” (220). Again, this is not the story Tracker tells.

Like the griots invoked throughout the novel, Tracker becomes a story-carrier. Unlike the narrators of other postcolonial texts with oral frameworks, Tracker’s stories do not unite a nation or uncover a forgotten history but turn the relationship between a shape-shifting man and a tracker into a violent epic. While not all postcolonial literature engages with nation-building or fictionalized history, Tracker’s story seems uniquely post- such concerns. The impact of postcolonial literature can best be seen through the power imbalance between Tracker and the Inquisitor, particularly due to who controls the story. James has described Black Leopard, Red Wolf as the first part in the Dark Star trilogy, with each novel retelling the same quest for the boy but from different viewpoints (Preston). Thus, more layers of oral complexity, and levels of reality, can be expected. For now, Black Leopard, Red Wolf remains an epic fantasy first and foremost but can be illuminated by postcolonial theory.

Beverley, John. Testimonio: On the Politics of Truth. U of Minnesota P, 2004.