George R.R. Martin is Still Not Your Bitch, and other stories

When Neil Gaiman wrote his famous and infamous essay "Entitlement Issues" (most well known for the pull quote "George R.R. Martin is not your bitch.") in 2009, it had been four years since the publication of A Feast for Crows and it still would be another two years before Martin published A Dance With Dragons. 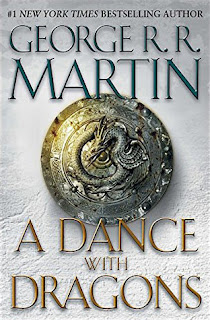 In his essay, which was really more a response to a reader question, Gaiman noted that Martin (or any author) is not working on contract to the reader, that buying an earlier volume in a series does not entitle the reader to a later volume at any time other than which the author is ready to produce it.

I'm sympathetic to both the frustrated reader as well as the frustrated writer. I've been online for too long as I've gotten older and I'm aware of many of the issues preventing writers from getting that next book out, whether it is health issues, publisher issues, or just that book just being really fucking difficult to write, I get it. As much as someone can who doesn't actually write fiction can get it, I get it. It can still be frustrating for the reader when the next series volume doesn't come out when previous books were on a more predictable timeline.

It has now been eight years since the publication of A Dance With Dragons and in that time HBO will have begun and finished all eight seasons of Game of Thrones, the television show based off of Martin's novels (on the off chance any reader of Nerds of a Feather was not aware of the show or its source material)

I'm not here to legislate a single thing regarding what GRRM should or should not do with his time, how long it should take to write a book, or make any demands. I've seen the comments readers make online when Martin dares to mention Wild Cards or any ancillary project he might be working on or even any aspect of his personal life that doesn't involve the completion of The Winds of Winter. Frankly, those readers are assholes and I want no part of their vitriol. It is toxic. It is unhealthy. It is not what I'm about. 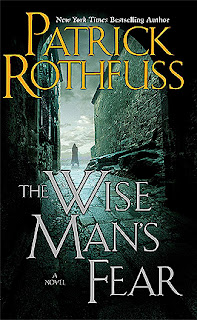 Ever since the show surpassed the books, I've been in the same place as every other reader who is watching Game of Thrones - uncertain as to how closely the show will mirror the novels and in what ways the show and books will be different. Will the series end at the same point the show does? Does Arya still kill the Night King? I've already lamented (in private) the difference in Sansa's storyline from the book to the show, and many readers have been disappointed by the absence of Lady Stoneheart in the show.

I still want to know how those stories will resolve, perhaps now more than ever. How close is the show to Martin's original plan? Assuming Danaerys putting King's Landing to the dragon was GRRM's idea, will the (mostly) vitriolic response to "The Bells" change Danaerys's story arc in the books at all?  Does it matter?

Of course, waiting for the next book in a series is nothing new to genre readers. In the eight years
since A Dance With Dragons, I've lost much of my eagerness and rapt anticipation for The Winds of Winter (which is not to say that a real announcement won't ratchet my excitement level up to eleven in a third of a second). It's been eight years since Patrick Rothfuss published The Wise Man's Fear and I've seen the same frustration (and hate) online directed at Martin also directed at Rothfuss. But fans of Melanie Rawn have waited twenty two years for The Captal's Tower, the concluding volume in her Exiles trilogy. The Mageborn Traitor was published in 1997. Even twenty two years isn't all that unusual in the genre, though. 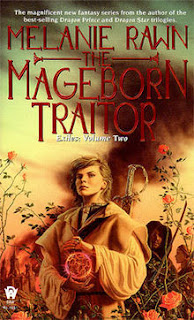 It's not the most of original thoughts to say that even though I'm (fairly) patiently waiting for The Winds of Winter and The Captal's Tower and that year 948 Deryni novel from Katherine Kurtz that she hasn't even announced she's working on, I'm not really waiting for them. There's a LOT to read out there. I'm working my way through this year's Hugo Award finalists. I finally caught up on the Vorkosigan novels from Lois McMaster Bujold, which only means that I have three more Chalion novels and all of the Sharing Knife to go. Also, do you have any idea how far behind I am on Kate Elliott's work? Feminist Futures has reshaped what I want to read and when, and there's an ocean of great stuff out there.

I'm not saying that it isn't worthwhile to be frustrated when a favorite writer is taking longer than you'd like with your favorite series. I get it. But I also tell my four year old son that throwing a fuss isn't going to make the time go by faster. If he knew how to spell and type, he'd probably be on twitter complaining that having to wait three days to see grandma is an excessively long time. Everything is relative.

I've long disagreed with Gaiman, at least in part, with the idea that purchasing book one in the series only entitles the reader to that one book purchased. I agree with Gaiman that purchasing a book is purchasing a book and that yes, you are only entitled to the one book you purchased. There is, however, an implicit promise by the author that when a book is "Book One of The Gibbelhead Fountain" that there is an intent to deliver a complete story that provides an ending.

For those keeping score at home, I don't include a series where each novel stands on its own even if it is building a larger world and gradually a greater story on top of the individual discrete stories of the novel. Think Seanan McGuire's Incryptid or Diana Rowland's White Trash Zombie series.

This should go also without saying, but tied to that implicit promise is that besides the reality of the entire publishing industry is an understanding that life is a very good reason for a novel to not come out when "expected" - whether it is health, family, or simply because writing a novel with excellence is really fucking difficult.

What I don't care about is how long it takes for my favorite writer to publish the next novel in my favorite series.