What may have been my final San Diego Comic Con wrapped up on Sunday and I was fortunate enough to share it with my kids (my daughter joined me on Sunday). SDCC celebrated its 50th birthday with some amazing panels, surprises, merchandise, and off-site events. 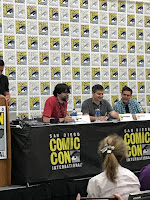 Best Panel:
Locke and Key Spectacular
Joe Hill and Gabriel Rodriguez returned to SDCC to talk all things Locke and Key. The two friends discussed the new one-shot issue that was released last weekend, the upcoming Netflix series, and potential upcoming comics. Hill spoke about a series that would follow the Locke family set in periods of wartime and then cut to the present to see how the past still influences the present. The series is called World War Key and the first book, Revolution, is due out in 2020.  The Locke and Key series has wrapped filming season one and Hill has watched the first eight episodes. You can even search Locke and Key on Netflix! There is a lot of great news for us Locke and Key fans and it is always a delight to see Hill and Rodriguez together. 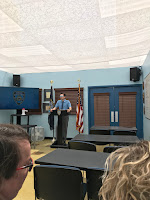 Best Offsite:
Brooklyn 99
NBC pulled off one of the most immersive and entertaining off-sites that I have ever experienced. Teams were first led into a briefing room where they were tasked with a heist similar to the Halloween episodes on the show. After receiving instructions, teams entered the Brooklyn 99 office. After a brief tour of the desks of Captain Holt, Boyle, and other 99 favorites, the teams raced to complete a series of tasks in order to open a safe that held the heist championship belt. In addition to the great cast of supporting characters that were sprinkled throughout the office (one actor in the holding cell offered to watch my son as we competed), the Brooklyn 99 cast made special videos that we enjoyed throughout the offsite. Boyle dressed up as Detective Pikachu was especially entertaining. It didn't hurt that my son grabbed the winning flag seconds before another team did, but this one was worth the wait and was a truly memorable experience. 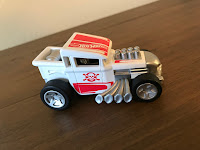 Hottest Merch:
The Loyal Subjects
If you went to The Loyal Subjects booth during one of its limited drops you were sure to be met with a line. While I was most excited to finally get my hands on the new TLS Hot Wheels, Ghostbusters and My Hero Academia brought the crowds that led to most of the exclusives to sell out quickly. If you were unable to catch a Ghostbusters or MHA drop it was likely sold out by the time you made it to the booth. I have been collecting TLS for a few years and it is great to see it get the reaction it had at SDCC. 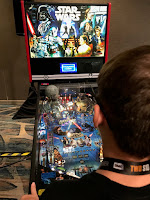 Best Escape from the Chaos:
Stern Pinball Lounge
I once again had the pleasure to visit the crew at the Stern Pinball Lounge and my son and I enjoyed some free games of Pinball on some of the best boards in the market. The big announcement from Stern related to its new Star Wars machine they are calling Star Wars Pin. The new machine is designed for home use and has had some of the mechanics for accepting coins removed to allow Stern to give people an arcade pinball experience at a lower cost. I had the chance to play this machine and the art and video features are pure retro glory. I got nostalgic just walking up to this game and had it not been pointed out to me that there were some slight modifications made to the machine I would have never known. 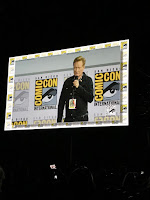 Biggest Surprise:
Top Gun: Maverick
My son needed to have at least one Hall H experience at SDCC so we decided to file into the room for the 20th anniversary of Batman Beyond.  We got there early, as all good con attendees should, and were pleasantly surprised to see Conan boasting about a huge celebrity we would soon encounter. This ended up being Tom Cruise and we got to enjoy the world premiere trailer for Top Gun: Maverick with 8,000 of our closest friends. It was an electric moment and my son is now hyped about seeing this film. Not sure if that is a good thing or a bad thing. 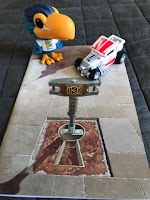 Top Three Exclusives:
I ended up with quite a few items from various booths around the floor, but my top three are my Toucan Funko Pop!, my Loyal Subjects Hot Wheels Bone Shaker, and my SDCC exclusive Locke and Key book Nailed it.  While the comic is brief, it has insights on other Locke and Key rumblings and I cannot get enough of Rodriguez's art. 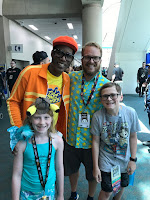 Final Thoughts:
After around 12 or so trips to SDCC I am officially calling it quits. It has nothing to do with the enjoyment I get from attending or the quality of the programming (I think CCI and its employees and volunteers do an amazing job), but more that I am simply tired. Being able to bring my son the past two years has been great to experience it through his eyes. My daughter even joined us on Sunday and we met DJ Lance!! It will be tough to watch from the sidelines moving forward, but I look forward to getting a bit more sleep during the summer months.