Welcome to a loverly punctuation mark at the end of the LET'S FRIGHTEN CHILDREN! series, in which I look at how to share horror with our offspring. Today's guest is Chloe N. Clark, an author and educator who has taught far more folks about horror than I have children. So let's talk scaring tiny people!

VK: Thanks for agreeing to chat about this!

CNC: Of course, I'm excited! Thank you for asking me!

VK: In your book recommendations for this series, you talked about how you got into horror at a very, very young age. I'm spending a lot of time thinking about how I roll this type of stuff out to my kids. But do you think, in the end, it matters? I mean, you seem to have turned out ok.

CNC: I honestly think it depends on a lot of factors: openness of the family in general and the kind of other media the child is consuming (as a child, I was also watching shows like Homicide: Life on the Street and talking about it with my parents, so there was certainly a level of my parents allowing me to be comfortable talking about adult matters); it also deeply depends on the child — I'm an immediate coward, I jump at jump scares like nobody's business but I also don't carry fears over. So as a child, I didn't get nightmares, for example. So I think a big thing is knowing that the child feels really safe in their surroundings. If they do, then I feel like horror is more manageable. There's also just the fact that a lot of children's entertainment is inherently scary — in Disney films and fairy tales, fucked up stuff happens, too. 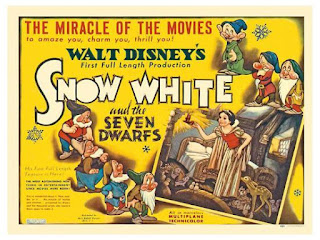 VK: That's very true. I didn't realize how twisted even Snow White was until I re-watched it as I was getting into animation more generally as a late teenager. So much of that stuff just missed me as a small kid. Maybe it was because evil step-mothers and those fairy tale tropes felt so foreign. They didn't touch my life.

CNC: That's true, definitely — like they are based out of specifics that, in a way, are true to all genres of terror. There's a quote I love that I can't remember which Italian folklorist said, but is along the lines of "Don't believe fairy tales, they're true." Because at the time of their writings, they were the issues that people dealt with (where women died in childbirth way more frequently, etc), so there were stepmothers aplenty. Or where children did have to act as scullery maids (a la Cinderella) 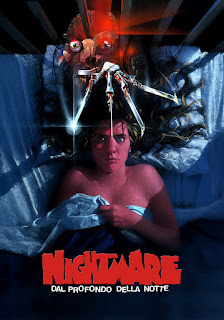 VK: Right. For me, as someone who has always had very vivid dreams, as a kid the idea of the Nightmare on Elm Street movies was too much for me, and I steered clear of them for a very long time. It wasn't a burned-up guy with razor knives that did it, it was the idea of my dreams turning against me. When I talked specifically about Coraline and ParaNorman in this series, I discussed how it's given me an opportunity to talk with the kids about othering in very specific terms. It's easy for me, and my kids, to identify with Norman, or Coraline, as a kindred spirit with outsider interests. As those characters are othered and rejected by those around them, we've been able to have great talks about empathy, and how we don't want to make the mistakes of the crowd. Do you think that's a central part of the horror narrative overall?

CNC: Definitely, I can see that (fun side fact, Nightmare on Elm Street is how I realized I was a lucid dreamer as a child). And that's what horror does so well: it links into that idea of base primal fears (our own mind going against us, or the beach being dangerous, or whatever), but I almost think those are *good* lessons for kids to learn early. And yes, I think empathy is a key to horror. Obviously I think about othering and horror a lot — it's literally what I teach about. It is how we view monsters as others and how that shapes the narratives of fear told culturally. Horror is actively telling us to listen to those we might not listen to, and that's one of the biggest, most valuable lessons I think it can offer to us.

VK: This is one of the big reasons why I was looking forward to you participating in this series: Monster Theory! Can you talk in general terms about that?

CNC: So in general, Monster Theory is the critical lens of examining how monstrosity is used by different cultures in order to perceive of othering or social constructs, etc. I more specifically use it to talk about constructions of privilege and how horror is often a lens to examine that. This is something Get Out, for example, does exceptionally well. Making groups we fear into monsters has been a tactic since the beginning of storytelling. It's the most effective tactic for controlling a populace. And it's one, more and more, that we see horror narratives questioning in ways other genres are not. 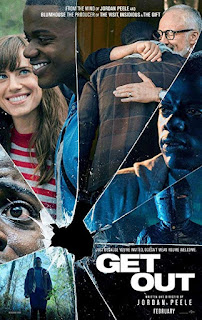 VK: Right. Because there's an understandable, natural aversion to something that's different. But what separates humans from, say, my cats with new people in the house, is that we have an intellect and empathy and ways to synthesize those into an understanding of others. But routinely we see those impulses weaponized by leaders who want to divert someone's gaze away from where they should be looking. I feel like that's one of the most important lessons I can pass on to my kids, because it's a fundamental mechanic of the world. And you're right — I don't know other genres that consistently explore that theme.

CNC: Yeah, that exactly sums up why I teach horror in a rhetoric class. If there is one skill I want college students to have, it is to see the world with empathy and to understand the way fear is used to promote rhetorics of violence. Horror is the perfect genre to combat and explore that.

VK: Is the "what you thought was the monster isn't the real monster" (ie, Frankenstein, etc) a sub-genre in monster stories, or is it sort of the home key, do you think?

CNC: I think for the most part, it's the home key. I mean look at zombie movies — the whole premise is often, Oh shoot, wait! The humans are the ones we should be fearing after all!" The same goes for even things like Jaws — the shark is following its natural instinct, but it's the money-grabbing mayor who is actually the villain by not allowing the knowledge to spread/closing the beach. Like at their hearts, most horror stories operate on someone-did-something-awful-and-it's-created-a-monstrosity.

VK: That winds up getting perverted in the slasher genre, though, right? Because the "something awful" gets colored almost entirely by conformity/regressive morality. The promiscuous teens get chopped to bits, the virginal Final Girl lives on. I'm not showing the kids slasher movies. I mean, it's just something else that exists in the genre waters.

CNC: Definitely, Though I'd argue that in some ways those also have at least one, perhaps unintentionally, progressive bent — the premise is "listen to women." In almost all of them, the Final Girl susses out what's up and then absolutely no one takes her seriously. Which again becomes a people-in-power-not-doing-anything-to-help-stop-the-issue.

VK: Yeah — it's hard to imagine if Kevin McCarthy got pod-peopled in Invasion of the Body Snatchers and Dana Wynter was the one who went to the next town over for help, that anyone would take her seriously.

CNC: It is one of my favorite films.

VK: We talked about the dangers of othering and how horror can provide a powerful (however bloody) window into that, so I guess we should talk about the other side of the same coin, which would be to keep a healthy skepticism of the uber-normal. I don't want to wander into the weeds of "Stranger Danger" or anything, but there's a consistent thread that connects The Stepford Wives and Body Snatchers, American Psycho, and even Get Out, I suppose, where the ultimate villain is someone who appears super normal on the surface.

CNC: Yeah, definitely. The veneer of normalcy needs to be interrogated in horror movies a lot of the time. Which I think is important — we idealize certain qualities, right? From "nuclear families" to "perfect marriages," etc, but we don't question enough what goes on beyond the surface of that. Horror helps us to push the idea of, "We can never know what secrets lurk beneath the surface." In horror, it's extreme, right? "Oh no! That successful businessman is a psychotic killer!" or, "Your neighbor is actually an alien!" But on a less extreme level, we do find that out all the time. The perfect husband is actually abusive, the business that seems so environmentally sound and respectable is actually using slave labor. Interrogation of ideals is a good skill to have. 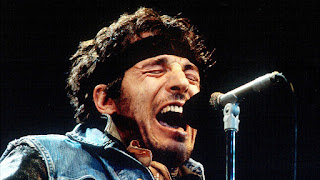 VK: Yeah, and a perfect message for kids. Bruce Springsteen tells a story in his autobiography that he can't stand wind chimes to this day because when he was a kid, the husband in the next house was an abusive drunk, but the wife hung up these wind chimes to try to make the house appear peaceful and "normal" on the outside. You can see how that same lesson informs his entire career, and it's so easy (it's the norm, probably), for people to encourage their kids to be "like" somebody else. What's that really teaching them?

CNC: Yeah, it's teaching them this horrible lesson that if things aren't like everyone else then it's their fault. So many people don't report abuse because they don't want to be seen as being outside those cultural norms, too. Which is much more horrifying to me than a horror movie is.

VK: Agreed. Horror allows us a lens through which to process our own fears, and I'm thankful we've had so many generations of genre storytellers helping us all out.

CNC: Yes, that exactly! It also, I think, helps us to think about the ramifications of those fears. Like, we get the safety of asking "what would I do" before we ever have to actually face that question in real life. What would I do in a dangerous situation? Who would I be and who would I want to be?

VK: "Who would I want to be?" It's a perfect question, and one I think we should be encouraging our kids to ask (be they small, or in college).

CNC: Definitely. It's a lesson it's never too late to learn, but I wish we'd all learn earlier.

Posted by Vance K and Chloe N. Clark — in agreement about horror movies at nerds of a feather since at least 2016.
Posted by vkotrla at 12:00:00 AM