Happy New Year!!  This is the first of the monthly posts in the new Thursday Morning Superhero and I thought that setting some New Year's resolutions would be a good way to start.

Valiant Cinematic Universe:
Valiant has big plans for 2020 in terms of licensing its properties for the big screen. Its first feature film will debut in 2020 when Bloodshot will visit your local movie theater this spring.  Featuring Vin Diesel, I am hopeful that the Valiant Cinematic Universe will be a success.  The full plan includes five feature movies, and I hope that the public will support these efforts enough in the theater to allow Valiant to complete this project. 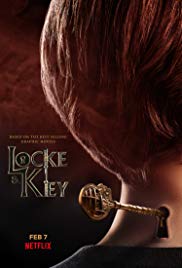 Stream all of the shows:
I am notoriously bad at wanting to watch a series and then not following through.  I am hopeful that my successful viewing of Watchman is a sign of things to come.  I am most excited about the Locke and Key series on Netflix that kicks off next month, but want to support the Marvel offering on Disney Plus and finally watch The Boys on Amazon Prime.

Support Local Comic Book Conventions:
Last year marked my final trip to San Diego Comic Con much to the disappointment of my son. There are still some good shows in my neck of the woods and I want to make an effort to support more independent writers and artists who are trying to catch their first break.  Staple is at the top of my list and I will see what else pops up on the schedule.

Read Older Comics:
I get a lot of my books via ComiXology and have subscribed to ComiXology Unlimited and have yet to properly take advantage of its huge library of comics.  There are so many good books that I pass on due to a busy week and I should try to revisit some series that I know I will enjoy and some that I am not sure if I will enjoy.  Maybe a new feature of this column will be a look back at some comics that you may have missed.