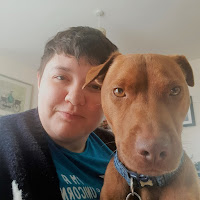 Adri Joy, Land Mermaid (Managing Editor)Nerd Specialisms: Books, short fiction, the occasional video game, talking to Joe
From the UK via Australia, Adri has spent her adult life bouncing between England, China, Myanmar and various underwater locations. While on land, she is at her best when touching a dog. She's on Twitter at @adrijjy, sometimes reviews at Strange Horizons, and is generally online too often. 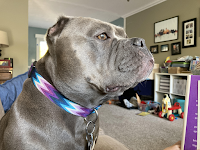 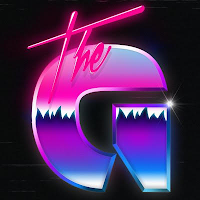 Co-Founder and Publisher of Nerds of a Feather, Flock Together. The G blog about his music (and music more generally) at musicbytheg. His science fiction themed synthwave albums Cosmopolis and Concrete Island are available via TimeSlave Recordings. New album coming summer 2021! 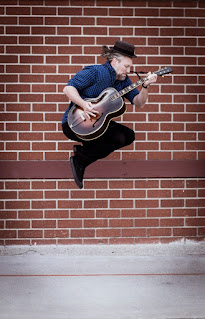 Vance K, Official Selection of [Obscure Film Festival] (Founding  Editor)
Nerd Specialisms: Cult film over-thinker and reviewer; co-editor of Nerds of a Feather, Flock Together since it was first hatched.
Vance is an Emmy Award-winning producer and director, and a multi-instrumentalist behind the alt-folk group Sci-Fi Romance. The connection to cult movies is a personal one, having made and worked on no-budget films, and as a lifelong fan of how every outsider film is a tiny song of hope, an artifact of someone's belief that a task as collaborative and daunting as making a movie with minimal resources was going to...just work out. These movies, however offbeat or technically challenged, bring unique, essential voices and visions to the screen. You can listen to his music at scifiromance.bandcamp.com, on your Spotifys and Apple Musics and your what-have-you, or find him on Twitter @SciFi_Romance. Vance lives in Los Angeles. (Photo by Sean Jacobs) 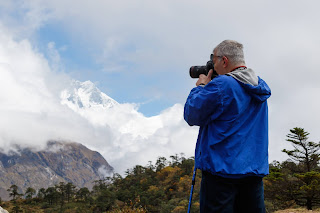 Not really a Prince of Amber, but rather, an ex-pat New Yorker living in Minnesota, Paul Weimer has been reading sci-fi and fantasy for over 40 years. An avid and enthusiastic amateur photographer, blogger and podcaster, Paul primarily contributes to the Skiffy and Fanty Show as blogger and podcaster, to Nerds of a Feather as a reviewer and interviewer, to the SFF Audio podcast, and turns up elsewhere as well. If you’ve spent any time reading about SFF online, you’ve probably read one of his reviews, comments or tweets (he’s @PrinceJvstin). (Photo by Peter West Carey) 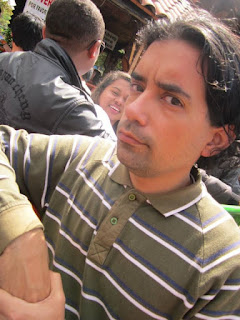 Arturo Serrano, multiclass Trekkie/Whovian/Moonie
Nerd Specialisms: Movies and TV, although no one has time to watch everything that exists and there will definitely be times when you're super excited about a show and I'm not.

Arturo is an aspiring writer, still new to this reviewing thing. His fiction has appeared in Antimatter and Axxón, and he's part of the team of translators at Constelación Magazine. He thinks about D&D far more than he plays it. One day he'll get his novel published. 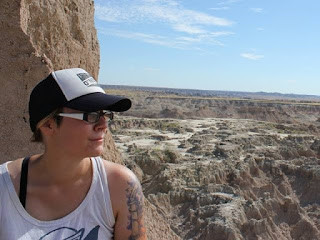 Phoebe Wagner
Nerd Specialisms: YA, environmental books, movies, TV
Phoebe Wagner holds an MFA in Creative Writing and Environment, and she currently pursues a PhD, studying ecocriticism and speculative fiction at University of Nevada, Reno. Recently, she’s published or has fiction upcoming in PANK, Diabolical Plots, and in AURELIA LEO—among other places. In 2017, Upper Rubber Boot Books published her co-edited anthology Sunvault: Stories of Solarpunk & Eco-Speculation, and she’s under contract to co-edit another solarpunk book from West Virginia University Press. When not writing, reading, or teaching, she can be found kayaking the nearest river, which these days, is the Susquehanna. You can follow her work at phoebe-wagner.com or on Twitter: @pheebs_w 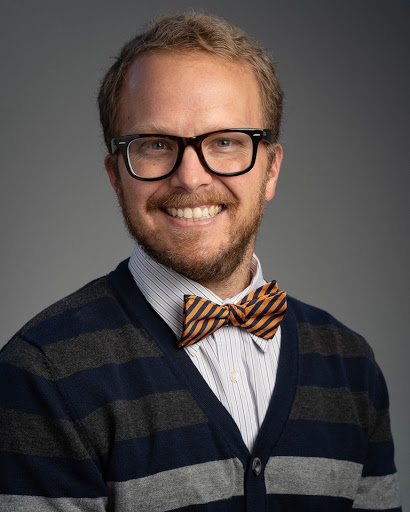 Mike Newhouse-Bailey, World's Most OK-ish Dad
Nerd Specialisms: Thursday Morning Superhero, Comics, Board Games
Born and raised in Texas, Mike wishes he was currently playing a board game. When that isn't the case, he is either reading a comic out for a jog around the neighborhood. He claims to have retired from attending SDCC, but that is what brought him into the Nerds of a Feather family many years ago. Follow his annual jogging progress on twitter (@newhousebailey) and feel free to send him any board game or comic book recommendations. 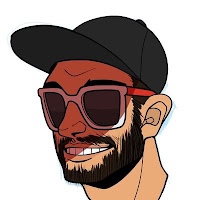 Dean Smith-Richard, Curmudgeon-in-Chief
Nerd Specialisms: Movies, TV (including Westworld Wednesday & Mondays on Mandalore), and essays.
Dean is the author of the 3024AD series of science fiction stories. You can read his other ramblings and musings on a variety of topics (mostly writing) on his blog (which he hasn't updated in, like, forever). When not holed up in his office tweeting obnoxiously writing, he can be found watching or playing sports, or in his natural habitat of a bookstore. 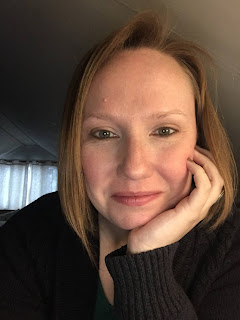 Shana DuBois, Extreme Bibliophile
Nerd Specialisms: Books, all things horror, graphic novels/comics, short fiction
Shana dwells outside Cleveland, OH with dozens of bookshelves, two black cats, and a husband who keeps buying her bookshelves to fill. Her day job is boring but makes book buying easier. You can find her on Twitter, @shana_dubois, or on Instagram, @booksabound. 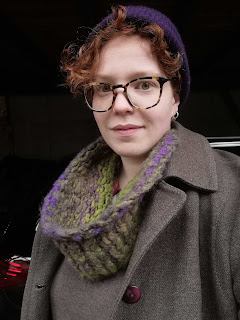 Elisabeth R Moore, Space Lesbian
Nerd Specialism: Short Fiction Reviews
Elisabeth R. Moore is a German writer, birder and literature grad student. Her stories have appeared in Strange Horizons, Luna Station Quarterly and a variety of other venues. Her fiction features ghosts, strange plants, and the German experience, and while she tries to fight it, her firm belief in Zero Waste Living, ecological conservation and climate change activism often bleeds into her work. When she's not writing, she reviews short fiction at the Hugo-award nominated blog Nerds of a Feather, knits or bikes. She lives with her wife, two cats and extremely lazy dog in the Ruhrgebiet. Find her at spacelesbian.zone or @willowcabins on Twitter. 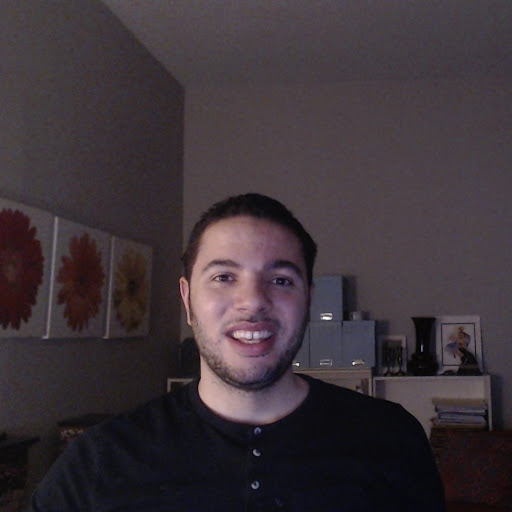 Sean Dowie, Eccentric Brat
Nerd Specialisms: Books, Short Fiction
Sean Dowie is an editor, screenwriter, and comedian. Besides contributing to Nerds of a Feather, he writes reviews for FIYAH Literary Magazine, and is an Assistant Editor at Augur Magazine. He currently lives in Toronto, Canada. Usually, he's reading weird fiction while listening to a movie soundtrack. You can find him on Twitter @DowieSean 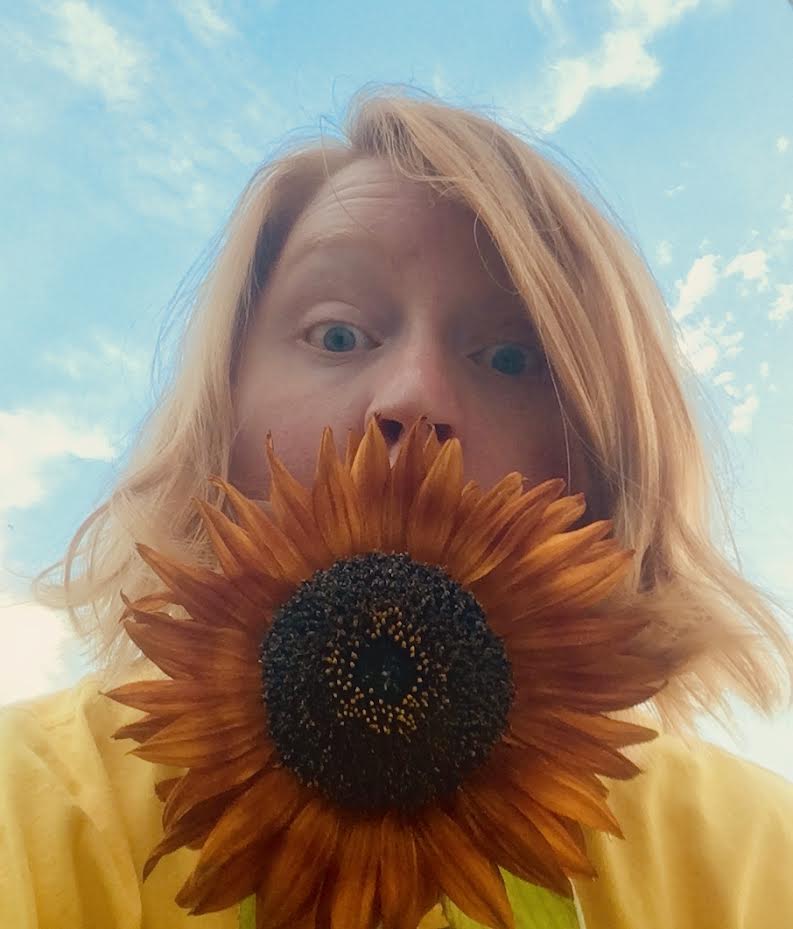 Nerd specialisms: Books, graphic novels, sometimes short fiction, some video games
Roseanna is the humble servant of a very loud cat, but finds time around that to consume and then have opinions about SFF (which she’s been doing for as long as she can remember, but quietly blogging about since 2012). She’s never quite managed to escape from her classics degree, and so can often be found reading things with Greek gods in and then grumbling about them to her long-suffering partner. She also plays rugby, morris dances, board games, quizzes, dabbles in tabletop rpg and really really likes bread. 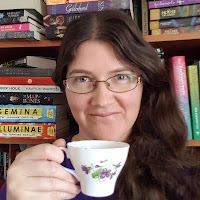 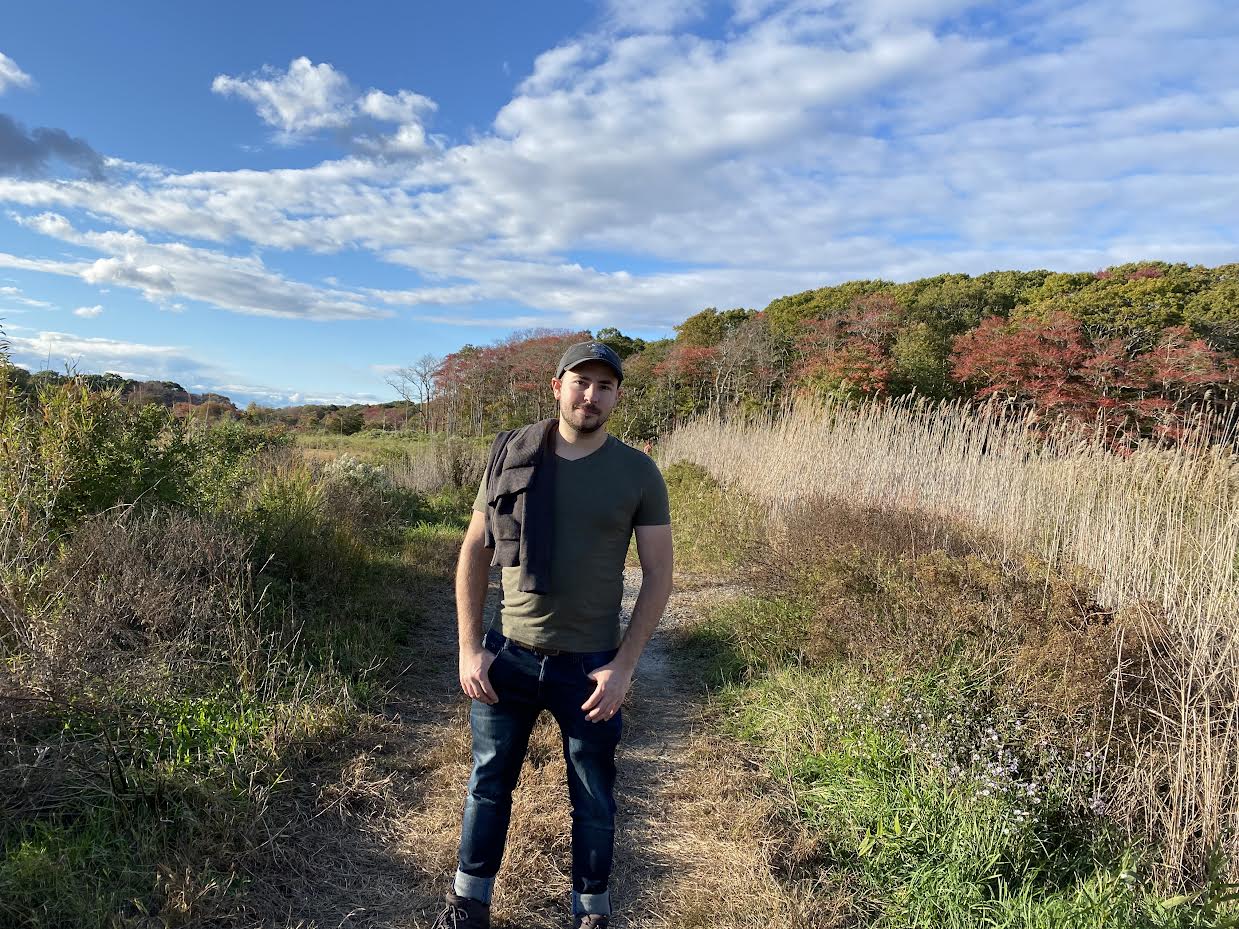 Joe D, Entropic Troubadour
Nerd specialisms: Video Games
Joe D enjoys spending time thinking of questions that cause uncertainty in others, after all, what is life without a little introspection? When he isn't causing existential crises, he likes to play a breadth of video game genres and read a wide variety of books from mythology and fantasy to sci-fi and political. Oh, and he writes sometimes.