6 Books With Yoon He Lee 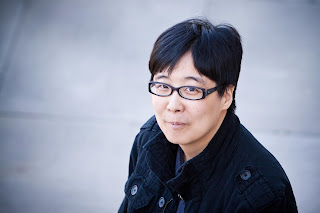 Yoon Ha Lee is a New York Times bestselling Korean-American sf/f writer who received a B.A. in math from Cornell University and an M.A. in math education from Stanford University. Yoon finds it a source of continual delight that math can be mined for story ideas. Yoon is the author of Dragon Pearl, Ninefox Gambit, Raven Stratagem, and Revenant Gun, and Yoon’s fiction has appeared in publications such as F&SF, Tor.com, and Clarkesworld Magazine, as well as several year’s best anthologies.

I'm reading Pat Conroy's Lords of Discipline, which is a fictionalized? account of shenanigans at the Citadel (called the Institute in the book).  Conroy's language is lush and lyrical, and the story is so far profane, profound, and hilarious by turns.  I'm enjoying myself tremendously.

Tamsyn Muir's Harrow the Ninth!  It's the sequel to Gideon the Ninth, which I had the pleasure of reading in ARC last year.  I'm hoping for more lesbians, more necromancers, and more space!  With maybe a side of lots of gore.

C. J. Cherryh's The Faded Sun, a story of aliens and space opera on a vast scale.  I fell in love with this back in high school and reread it from time to time.  Cherryh's mastery of storytelling is a pleasure every time.

I hated Ursula K. Le Guin's The Left Hand of Darkness the first time I read it, back in college--I'm a pretty stupid reader and the stuff she was doing with symbolism and foreshadowing went right over my head.  At the time I found it boring.  I think I was too young for the book then.  Two years ago I gave it another try, and it was like I was reading a whole different book.  Except it wasn't, of course; the change was in me, not the book.

Simon R. Green's Blue Moon Rising, a clever and thrilling fantasy with characters that subvert expectations, from a profane unicorn and an unwanted second prince to a princess who turns out to be an expert swordswoman and a dragon who collects butterflies.  It's a small masterpiece of epic fantasy, and I admire it tremendously.  It was my introduction to Green's work.  I've learned so much about plot and pacing from him.

Thor: Metal Gods is a Serial Box serialized novel by Aaron Stewart-Ahn (the lead writer), Jay Edidin, Brian Keene, and myself.  It features Thor and Loki, both coming to terms with old sins and old friends, a Korean tiger goddess, and a genderfluid space pirate and astronomer.  There are black holes, eldritch abominations, heavy metal, and mayhem.  We had terrific fun writing it and we hope you'll enjoy it too.