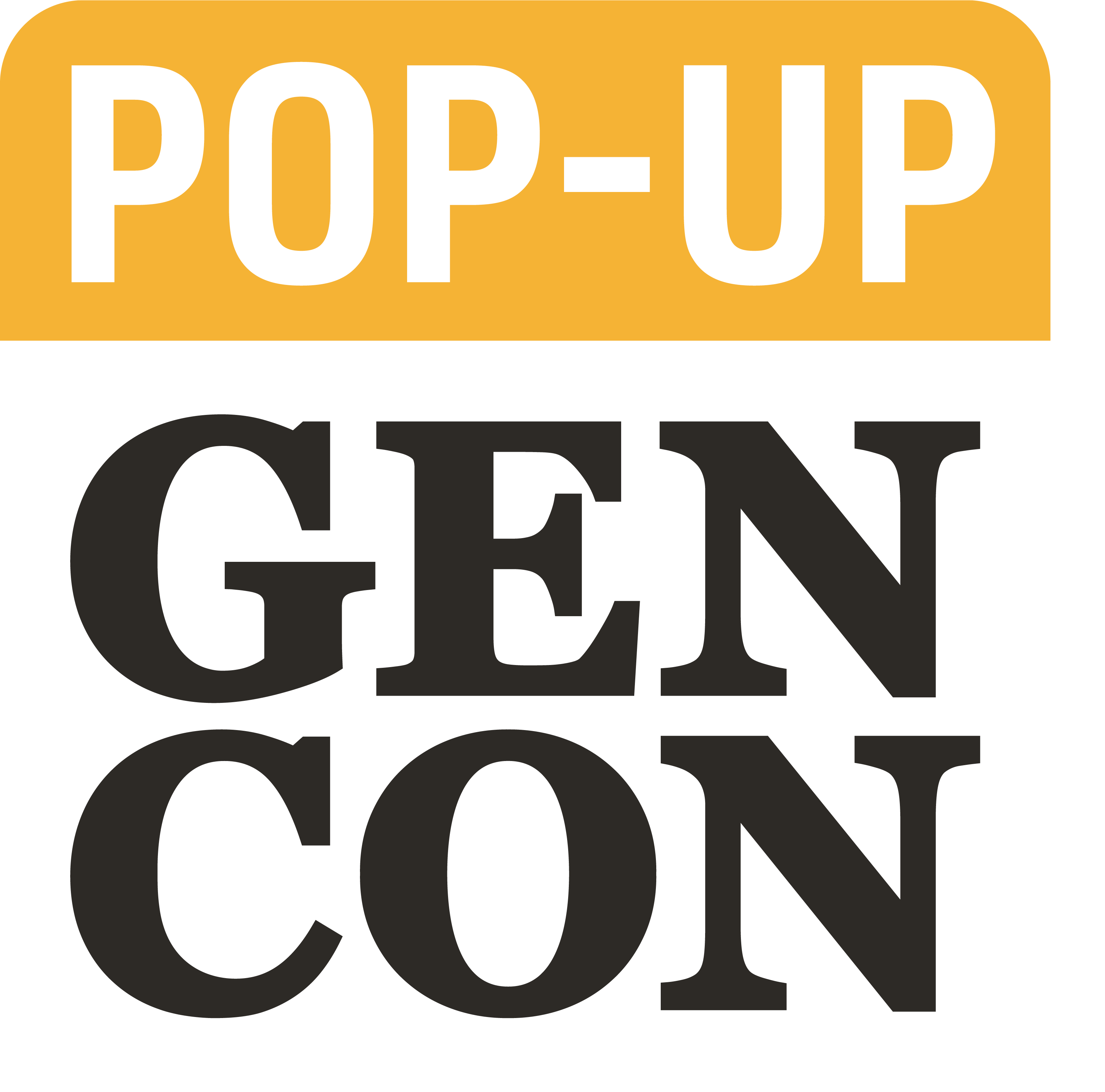 Last weekend was Gen Con, which is “The Best Four Days in Gaming”, except there’s only one problem. It’s in Indianapolis. But if you couldn’t make it to Indianapolis this year, your FLGS might have been host to a Pop Up Gen Con, where some of the Gen Con exclusive demos would still be played for a much reduced registration fee. One of my local game stores ran a Pop Up Gen Con, and here’s what I played! 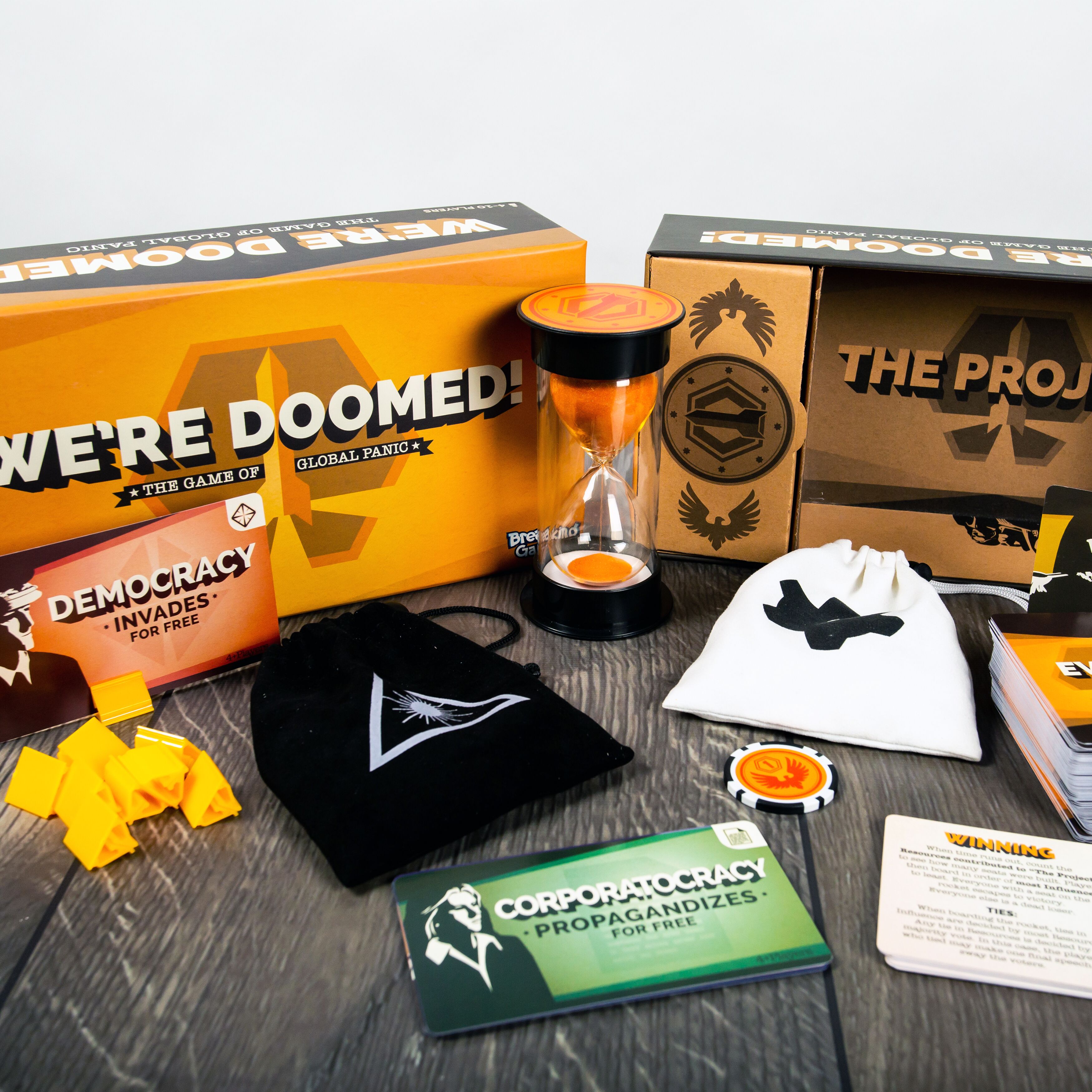 First and probably most fun was We’re Doomed, a game where the world is ending and the governments of the world (each government is a player) need to jointly construct a rocket ship. However, if you don’t get enough resource tokens into the project by the end of the real-time 15 minute timer, there won’t be enough seats on the rocket and your own hoarding of influence tokens will determine whether you get a seat or are left on the planet and a “dead loser”. We’re Doomed was a lot of fun because of its frantic pace and cooperative/competitive nature. The 15 minute timer is run by an hourglass so everyone’s watching the time tick by, and while some are selflessly throwing all of their resource tokens into the project, some of us were building a mountain of influence tokens to ensure we wouldn’t be left behind. Each round an event card would be played and these often radically altered the game. On turn 1, one player was “killed by committee” and could not board the rocket, but he wasn’t out of the game, so he could still help or hinder the rest of us. At one point, an event card led to me being chosen “executor”, which meant that I picked the order of who got on the rocket at the end, which was awesome power until someone else nuked me and I was a dead loser. The game ended with more than enough resources for two people to seats on the rocket, but only one player left because the nukes. We’re Doomed is great. 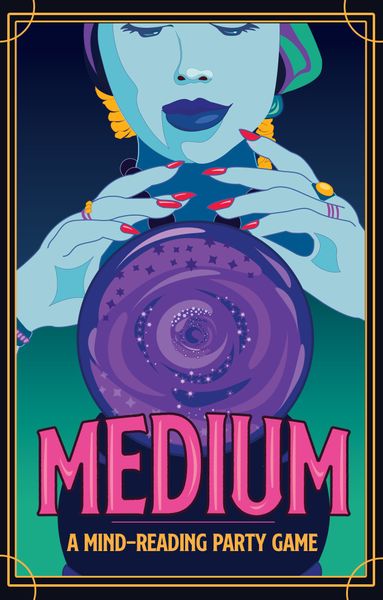 Medium is a game about mind reading. Each player has a hand full of words. One player plays a word, like “gum”. The player to their left then plays a card from their hand, like “brain”. The goal becomes for both players to think of the same word that is somewhere between the two they played, count down from 3, and then say that word out loud at the same time. In this real example, I played “gum”, the other player played “brain”, and we both said “pink” and scored a point. However, if you don’t say the same thing, then the two words you did say become what you’re using to get to the common word, and you get more points for reaching the medium. You get three tries before you have to move to the next pair of words, and it’s played round robin, with the highest scoring pair winning. What I found interesting was that the decks of words were part of a set with the game containing something like 20 sets of words. It wasn’t just a word pile but a group of words that were meant to be played with each other. Since you’re trying to read the other player’s mind, I thought it would be a game where two players that knew each other well would have an advantage, but I played with two FLGS employees and I was better paired with each of them than they were with each other. 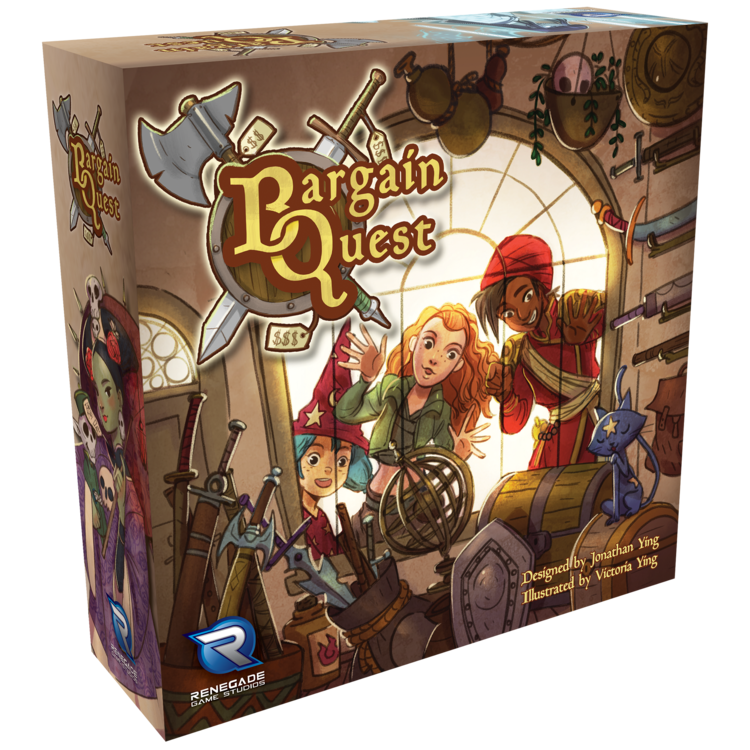 Do you want to be a RPG item shop owner? Do you want to pawn off your goods on complete suckers I MEAN your heroic customers? Bargain Quest is for you! This one is far too involved for a summary of the mechanics, but the gist of it is that you get a handful of item cards, use them to lure in wandering hero cards, empty their pockets of gold tokens by selling them your stuff, and then send them into battle against monster cards. You get victory points for the amount of money you acquired at the end and for hero success (wounding a monster, surviving an attack). There’s some drafting element to the game, too; the start of a round is everyone pulling four cards from the deck, keeping their favorite, and passing the rest to the left. I liked Bargain Quest but it’s a bit involved and I’m not sure that all the decks of cards really enrich the experience. I also found the selling of items to be wholly mechanical and missing the fun of selling. Obviously, you can’t haggle with a card, but if there were some elements of item trades between players, it would’ve been fun to haggle with each other.

There was pretty much no swag, but you do get a Pop Up Gen Con badge and pin. And it wouldn’t be Gen Con if I didn’t spend a Gen Con amount of money on new games. 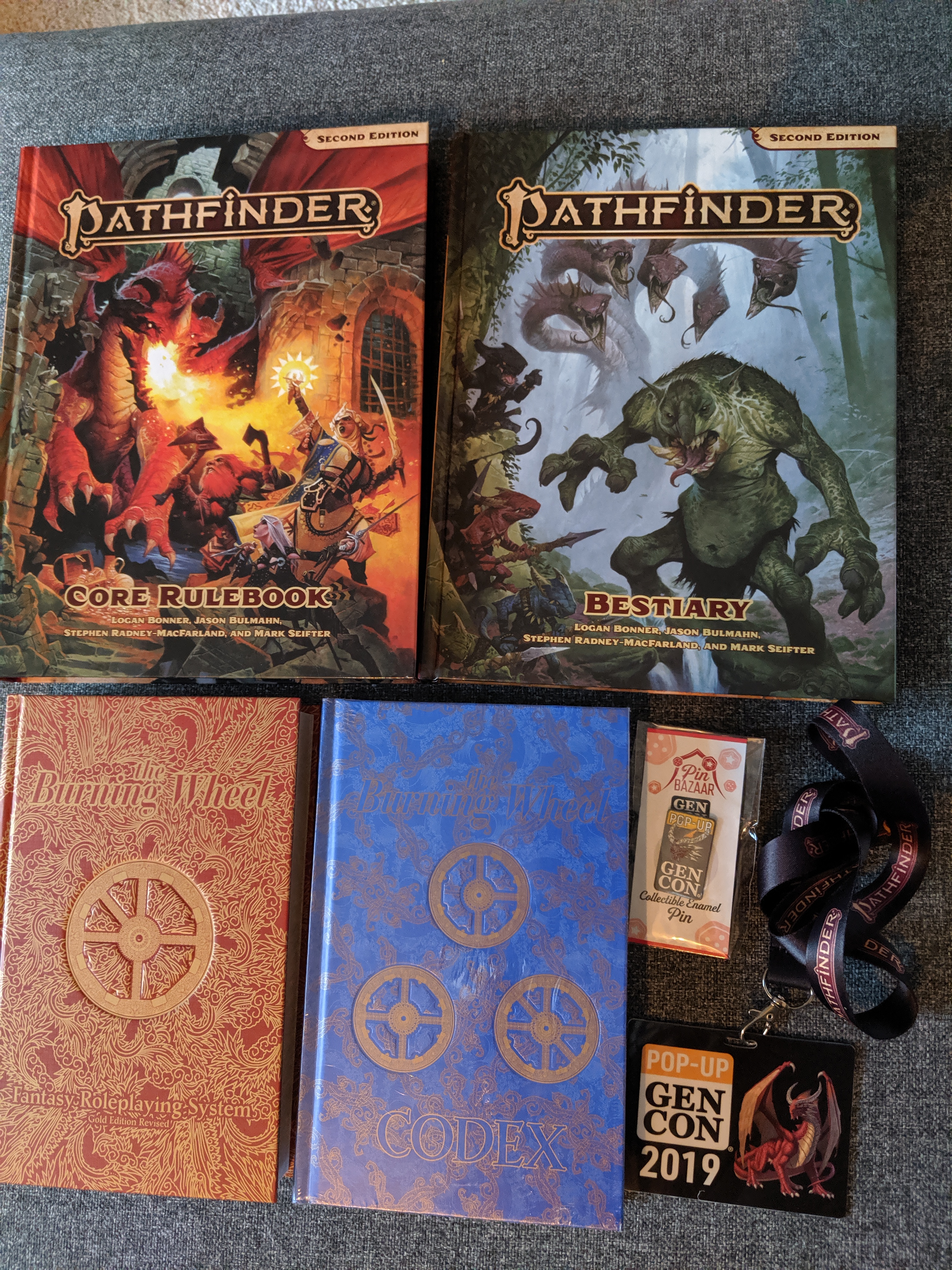 The second edition of Pathfinder launched at Gen Con this year and I’m excited to try it out! No Cyberpunk Red starter, which I guess was too much to hope for but it’s available digitally. I know that The Burning Wheel won’t ever be released on PDF due to author predilections and my FLGS had these beautiful gold editions of The Burning Wheel and The Burning Wheel Codex. Those were an easy pickup.

Pop Up Gen Con, while a much smaller scale event, was still a fun afternoon. It’s not “The Best Four Days in Gaming” but worth a show up to play some new game demos and support your FLGS. Thanks to Mox Boarding House for hosting!