Best of All of Us: Year Two

Today we nerds of a feather celebrate our second anniversary! It's been real--and at times surreal. But it's always been fun, thanks the the crew of smart, interesting and generally likeable people Vance and I have enticed, sweet-talked, cajoled and coerced into contributing to the site. We now have a grand total of 10 (10!) regular writers, including ourselves--not to mention the individuals who have generously donated their time and thoughts as guest writers and interview subjects (more on them next week). For now, though, to celebrate, I thought I'd compile the Best of All of Us: Year Two (regular contributors edition). For each writer, I provide the most popular post since April 11, 2013 and my personal favorite. And for those who have been with us since the beginning, you can note that I've put our contributors in the order by which they joined.

Oh, and how could I forget? Thanks to all everyone--readers, fellow bloggers, authors, filmmakers and so forth--who have supported and continue to support us as we go forward. You are what makes this whole project special to all of us, and for that we are eternally grateful.

The Hugos thing was fun to write, as it gave me the chance to heap praise upon some deserving folks. But as far as personal favorites go, well, it's got to be the love letter Philippe and I wrote to the Greatest Television Show Ever. The most fun criticism to write, after all, tends to be that which come from intersections of rational consideration and emotional fervor--either of the proselytizing or righteous condemnation variety. And, frankly, Philippe and I might as well have been hawking "mainlining the secret truth of the universe" tests on Hollywood Blvd. Yet while we might be accused of True Detective zealotry, everything we say about the show is true!

"Sure, True Detective came in familiar packaging--the police procedural, the hardboiled detective story, the hunt for a serial killer, etc. But it kept hinting that it would metamorphose into full-blown horror. There were the little hints sprinkled throughout the season--the recurring patterns, the more-than-coincidental names, the literary references, the signposting. The Yellow King! Carcosa! We grew certain of such things. But in truth, True Detective used the symbolism and iconography of horror to establish its apocalytptic atmosphere. This is noir, pure and simple, a small-scale holocaust of the human soul--Lovecraft without the tentacled bodies; Revelations without the horsemen."

Favorite: Spurs to Spandex: Why Westerns Died and Superheros Fly (5/13/14)

Vance's pairing of craft beers to speculative/SF television programs has become our all-time most popular post. But while its awesomeness cannot be denied, I nevertheless prefer the essay where he relates the shift in Hollywood film archetypes, from the gunslinging cowboy to the superpowered vigilante, to changes in how Americans view the society they live in, their socio-economic prospects and the attainability of "the American Dream." It's probably the most serious thing we've ever published, and by extension, might be the best.

"But reality has begun to approximate this magical aspect of our daily narrative. Peter Parker, Steve Rogers, Harry Potter, Carrie Underwood, Jennifer Hudson, Snooki, and all of the Kardashians share one thing in common: they were unknown, regular people who had something inside of them just waiting to be discovered and exploited on a larger stage. They were destined for greatness. We watch reality TV and Superhero Movies wishing that someone would see past our own humble situations, recognize our latent talent or nobility, and lift us out of our everyday lives."

Every year Molly compiles the best intel and video footage from San Diego Comic-Con--wishing from afar that she were there. It's something I've come to look forward to in July. But my favorite post of hers has to be this conflicted review of the Ender's Game film adaptation. See, like me, Molly finds Orson Scott Card's political activism nauseating. Unlike me, though, she loves the Ender novels. This review is thus both a fan confronting a flawed adaptation of a treasured book and a fan navigating difficult questions of whether art can be separated from the artist.

"The movie left out pretty much all the thinkier parts of the book - the entire subplot of Peter/Locke and Valentine/Demosthenes manipulating the politics on Earth, the complex strategies in the battle room, and the denser moral debate on xenophobia. For the most part, it was ok to me that the movie was a heavy-handed spectacle, because that's how Ender's Game the book fits into the rest of the Enderverse: it's a prequel, a flashy podracery bit of awesome that appeals to our baser, pubescent tastes of violence and space war."

Most Popular: Tales from a Board Gaming Convention: Geekway to the West (5/16/13)

Favorite: Tales from a Board Gaming Convention: Geekway to the West (5/16/13)

Mikey does a lot of things for this site--including his weekly (must read) roundup of new comics. But his con coverage just can't be beat--and this assessment of five wholly different but equally compelling board games convinced me to bust out the Catan box and get that wood-for-sheep business going again. Next time I'm in Mikey's neck of the woods, you know I'm dropping by for a session of Space Alert (which I really, really need to get my hands on, by the way). "Space Alert is a real-time, cooperative game in which you assume the role of a crewman of a spaceship stranded in an asteroid field.  As a team you work together through a series of rounds as dictated by a CD that takes you through a 10 minute senario. During these frantic 10 minutes, the players all play their actions face down and communicate to one another what steps they are taking. Whether you are giggling the mouse to keep the computer from falling asleep to firing lasers at a target you hope is in range, you won't know if you were successful until you resolve everything upon completion of the CD."

Philippe's posts often have an nostalgic air, drawing lines between the products of geekdom and his personal journey through three decades of nerd culture. While I love his reviews, this piece about the retrofuturist surf band Man...or Astroman? really hits the spot for me. It's funny, personal and skewers the inauthenticity of today's endlessly cycling nostalgias. Plus it's about an awesome band. 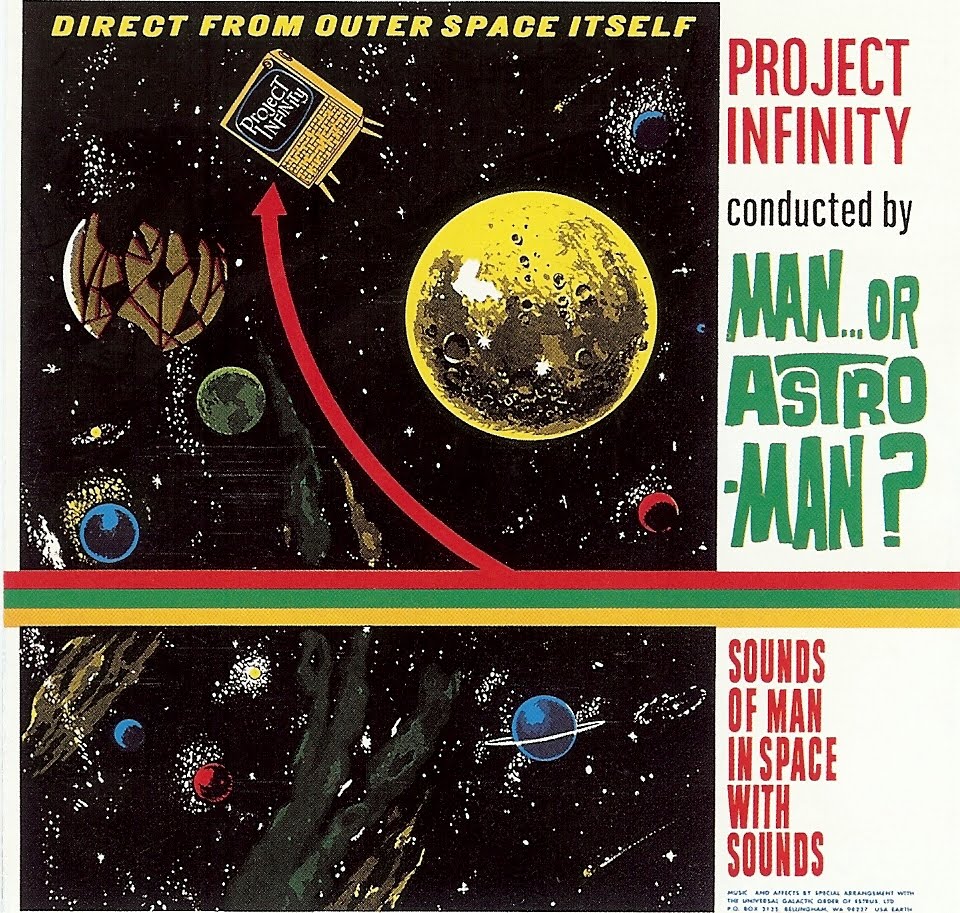 "The nineties had little of today’s triumphalism, the constant lauding of how awesome and connected things are today. Networks and such. This is an era that has little time for the past. The past is still mined—we’ve gone through the eighties over the last few years—without the conscious, often celebratory nostalgia that accompanied nineties retro. Is anyone actually looking longingly at the eighties? Nineties surf bands with sci-fi personas were homages to a simpler time."

Most Popular: Microreview [book]: The Republic of Thieves by Scott Lynch (8/19/13)

Jemmy's review of Scott Lynch's latest swashbuckler has been a huge hit for us--and is slated to appear in in Speculative Fiction 2013, an anthology of the best blog commentary on SF/F. However, I'd argue that Jemmy's paean to Glen Cook's gritty "band of brothers"-style fantasy series is far and away his best work of our second year. I mean, come on--he takes one of the most underrated and important fantasy series of the past 40 years and elevates it to the level of greatness it rightly deserves! And it's beautifully written too.

"Glen Cook's series presaged the darker turn in fantasy--to the grit and darkness that we now tend to associate with writers like Joe Abercrombie, George R.R. Martin, Steven Erikson, Scott Lynch, and Ian Esslemont, to name but a few of the good ones. But Cook's original novel, The Black Company, was written in 1984. That's nearly thirty years ago! Twelve years before A Game of Thrones! So I expected a rather quaint version of grimdark (a quaint pseudo-grit?). After all, wasn't Cook writing in the era of Terry Brooks and David Eddings, when heroes existed to save kittens, pet bunnies, fulfill prophecies, and tell the reader that the world will work out just fine?"

Brad's series on the various Borderlands expansion packs have been hugely popular, and the game series' goofy humor seems to perfectly fit Brad's own. I routinely laughed out loud, and nowhere more than in his review of Borderlands' send-up of epic fantasy. Plus Bunkers & Badasses.

"Nearly everything...is a melange of Tolkein, Game of Thrones, and D&D, down to the vending machines. Marcus Munitions has become Marcus Missiles and it warns you to, "Watch out for those orcs!" Zed's Apothecary quips, "Have fun storming the tower." There's another reference to a movie I just watched, The Princess Bride. It felt a bit like walking around in Skyrim with corrosive sub-machine guns and missile launchers...."

Dean's self-publishing column is a monthly highlight, and his running series on how indie authors can avoid the Amazon trap has been very informative. My favorite installment is the one where he discusses how indie authors can support local bookstores--even when selling ebooks. Independent bookstores are very important to me, and so this is naturally my personal favorite.

"I see a lot of authors buying into the Amazon-or-nothing thinking. Amazon has anointed Hugh Howey as the king of self-publishing for his Wool series, including his comments in such places as their GoodReads acquisition press release, wherein he compares Amazon to 'the cool guy next door marrying your mom'...But why at the exclusion of everything else? What possible benefit does that have for the author, the reader or the literary community?"

This was a tough one for me, because I really like how the 1990s PC game essay captured the nostalgia-seeking mentality of the thirty-something geek (even if I don't agree with all of the individual choices). But as good as it is, Zhaoyun's epic takedown of Raymont E. Feist's mailed-in latest takes the cake for me. The result is highly entertaining, if slightly depressing, and exemplifies what we're trying to do with our review content.

"Weep for Feist—how far he has fallen! How sloppy his writing has become, how formulaic his plots, how uninteresting his characters. My theory? Blame video games. He stopped writing full-time so he could help create several games based on the Midkemia world(s), notably Betrayal at Krondor (excellent) among many others (most of which were utterly forgettable/bad). Unsurprising, given this context, that he...has written less a novel and more a novelization of a game concept: generic characters no reader would identify with who are exposed to a range of uninspired role-playing-esque encounters."

English Scribbler is not only our newest regular contributor, but probably also the funniest. And so I have to bypass his excellent review of Lagoon for the more tongue-in-cheek charms of the review he did of Guy Adams' second B-movie inspired horror/western mashup. I mean, the following quote needs no exposition, does it....

"Sure, I've been to a cowboy boot store in Kansas, I've drunk whisky in Santa Fe and I've successfully panned for gold (in Legoland in Denmark, but it still counts), but I have no right to write such cod Wild West nonsense. I'm sat in a Victorian flat in London wearing a cardigan and sipping ginger tea. The only Westerny things in my eyeline are the 'Dude' in the 'Dude, Where's My Car?' credits on the telly, and the cat's Lee Van Cleef stare. Ok, at the time I wrote the review I was actually sat by the side of the Mekong river so had at least a little Martin Sheen voiceover in my head but that's no excuse. Especially concerning a book written by a Brit with a superb and uncorny usage of Old West lingo."