Best Sci-Fi TV of All Time Tournament Bracket (Final Round)

Guys, I have to admit I'm a little stunned. I did not see Picard and Riker unseating Kirk and Spock in the Classic side of the bracket and heading into the Finals. Sure, The Next Generation ran for much longer than Star Trek The Original Series, and sure the third and final season of Star Trek is a hot mess, but I figured if this was a popularity contest, the "logical" choice would be...well, no matter. You've spoken with your votes, and if I'm being honest, you probably made the right call about the better show. For the record, The Next Generation went gangbusters out of the gate, but Star Trek made a valiant comeback toward the end and ultimately, only 18 votes out of hundreds cast separated the two shows.

Firefly didn't surprise me this week, but I sure didn't have it getting past Doctor Who last week. Do I prefer Firefly? I do. But I'm only one man. One man with whom, in this case, thousands of people happily agree.

So here we are. The Finals. Will the scion of a long-established dynasty walk away with the crown? Or will the 14-episodes-and-a-movie upstart put another feather in the cap of Mr. Neil Young's line that it's better to burn out than to fade away? We'll soon see. Off you go! 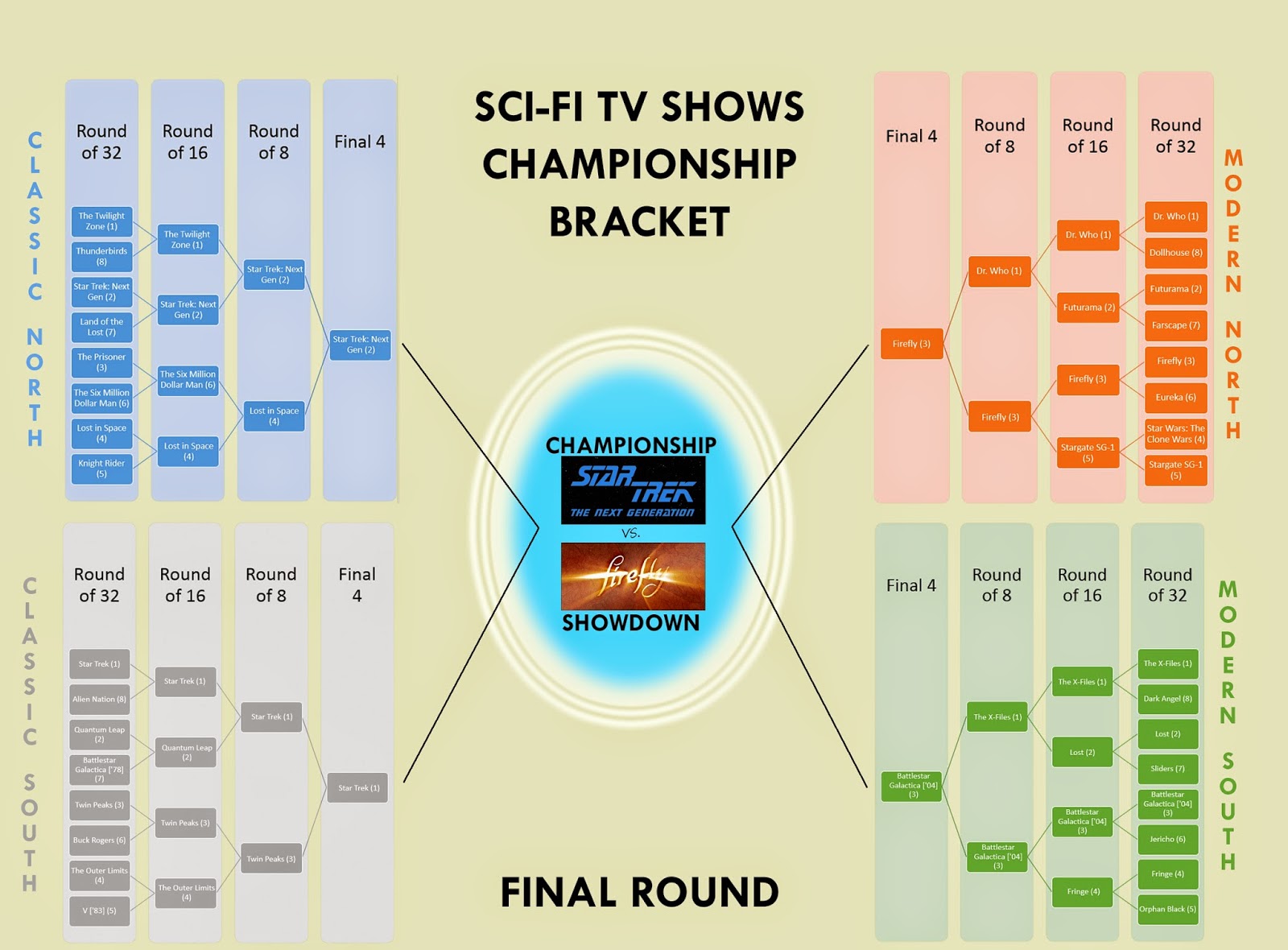 To see the results of previous rounds, please click here.