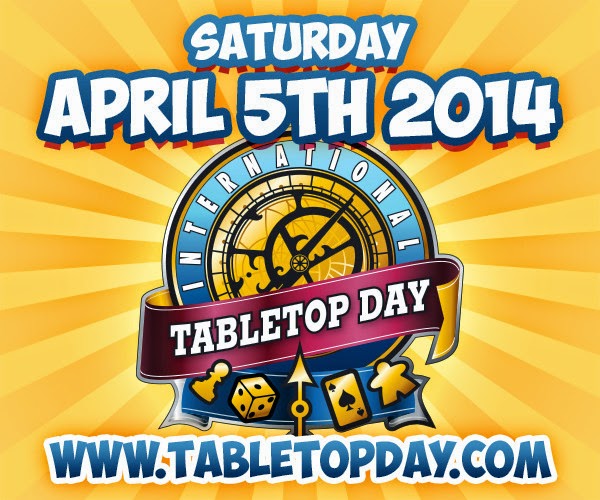 I know that this is my comics post, but I wanted to remind everyone that this Saturday is International Tabletop Day.  International Tabletop Day is a glorious event that brings nerds of all types together.  I am going to be demoing some games at my LCS and can't wait to partake in a day of gaming.  Whether you play traditional games, card games, miniature games, role playing games, it doesn't matter.  Get out and game.  You can see what events are in your area by clicking here and check out some of the amazing promos that some stores will have by clicking here.  I hope to score the geek faction for Smash Up.   Cheers! 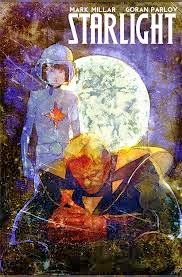 Pick of the Week:
Starlight #2 - Mark Millar has produced some wildly entertaining titles (Nemesis, Superior, Wanted, Kick-Ass, etc.) and Starlight is nothing short of fantastic.  Duke McQueen is a retired Airforce pilot who went mysteriously missing forty years ago.  Upon his return, he claimed to have traveled to another world.  McQueen was the savior to this world, killing the evil dictator and freeing a population of oppressed people.  Not too shockingly, nobody believed him and he had a stigma hanging over him his entire life.  Fortunately he had a strong partner in his wife, but tragically she recently passed.  Alone, with nothing else to lose, McQueen is faced with the a big decision.  Krish Moor, an alien from Tantalus, who has flown to earth to call on the mighty McQueen.  In addition to a gripping tale, Millar paces this series incredibly well as McQueen's actions seem intentional and methodical.  The panels with no dialog paint a picture of an incredibly thoughtful man who questions his own past.  Millar recently welcomed a new baby to his family (congrats!) so I hope we don't have to wait too long to continue on McQueen's journey.  I am really impressed with this title.

The Rest:
Bad Blood #4 - After reading this issue I don't want it to end with issue #5!  An action packed book, complete with training montage and stunning twist.  Trick and Lolly have not proved to be the most lethal combo when it comes to hunting down vampires.  Enter Jonas.  He has been hunting vampires for quite some time and schools the duo in the world of vampires.  Joe Espisito's "You're the Best Around" was stuck in my head as I witnessed Trick grow from sickly cancer patient to a force to be reckoned with.  His growth in this book was a welcomed sight and Jonathan Maberry sprinkled in some good tongue-in-cheek jokes about vampires that maintained the light feel to this otherwise dark tale.  Good stuff.

Secret #7 - I felt that I was finished reading this issue before I even started it.  That is meant as a compliment as the conversation that takes place on the Russian's yacht is both compelling and intriguing.  I felt as if I were watching the penultimate moment in a spy thriller only to have the movie reel bust (like what happened to me when I saw Willow in the theater).  The regularity with which issues are coming out now has finally brought me back into this thriller.

Inhuman #1 - Another Marvel event is upon us and the first issue was quite enjoyable.  Black Bolt has unleashed the Terrigen cloud to save the city, but it is dispersing across the globe triggering inhumans, unbeknownst to them, to reach their true potential.  While Medusa is on board with this, there are other factions that believe only a select few inhumans should undergo the Terrigen process.  Marvel, you have my attention with this one.