VOTING HAS CLOSED FOR THIS ROUND. CHECK OUT THE ROUND OF 8 HERE.

The NCAA Tournament is about to resume for the Final Four games, and the results are in for Round 1 of the Nerds of a Feather Greatest Sci-Fi TV Show of All Time Bracketology Extravaganza™. If you missed the first post, the tl/dr version is I made a list of 32 contemporary and classic sci-fi shows, and completely unscientifically lumped them into regions and seedings. Then, a lot of votes came in!

There were not a lot of surprises in the Round of 32, which makes me feel like I got the initial seeds somewhat correct. As Reddit pointed out, however, I constructed the bracket wrong, and Number 1 and Number 2 seeds should not have met until the Round of 8. That's my fault. Nevertheless, I like the matchups in this round, and feel like we're going to wind up in the right place eventually, wherever that may be. Here's where we stand now: 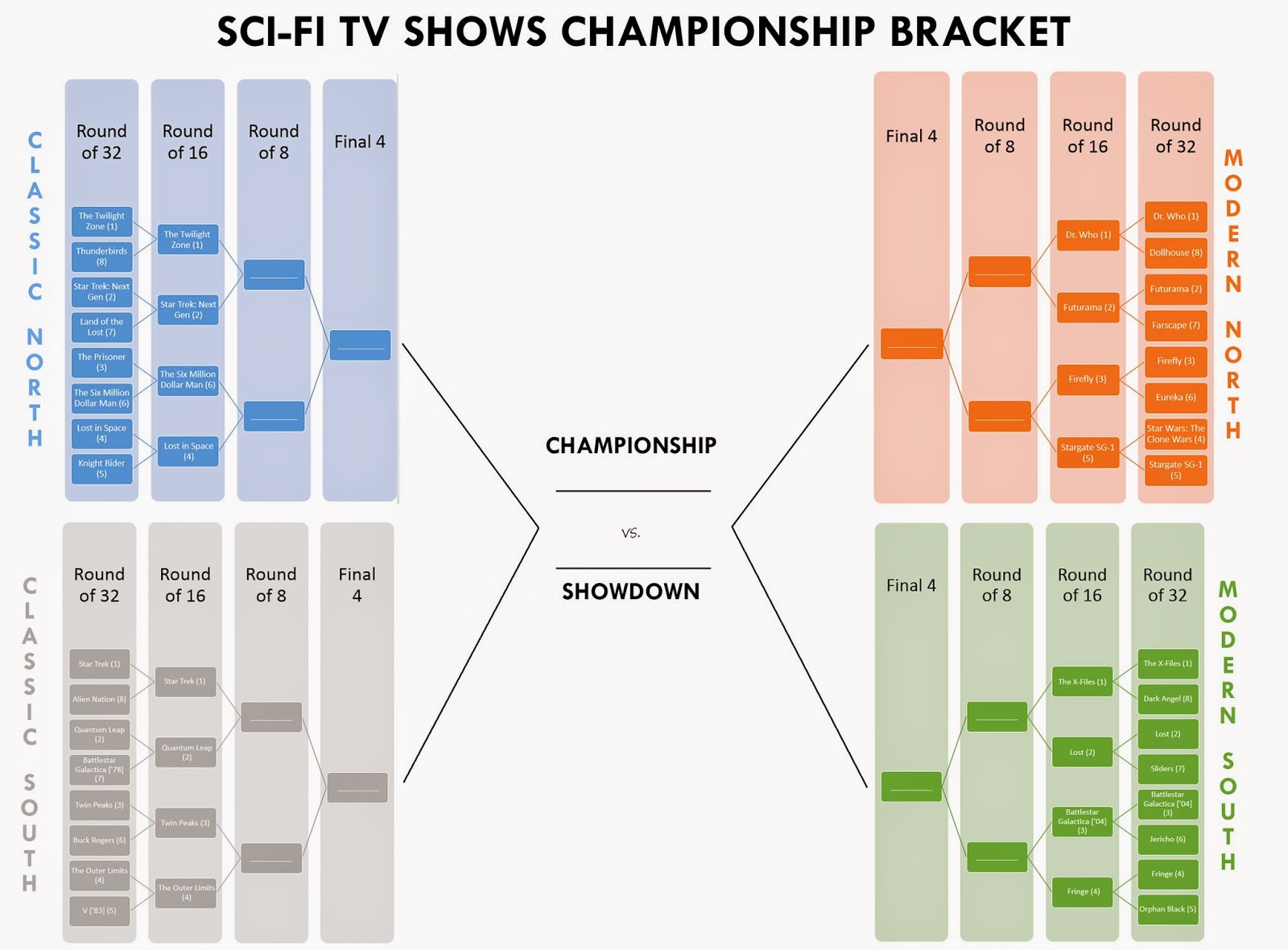 Some cool things about the Round of 32:
So what's going to happen in the Round of 16? Will Star Trek: The Next Generation continue steamrolling the competition, even when the competition is The Twilight Zone? Can the speculative fiction Twin Peaks make a deep run in this sci-fi bracket where some say it doesn't belong? Can a battered Lost rally and challenge The X-Files? I sure don't know, but it's up to you guys. Vote below!