VOTING FOR THE ROUND OF 8 HAS ENDED. CLICK HERE TO VOTE ON THE NEXT ROUND.

The basketball tournaments have finished (congratulations, Connecticut men, women), but things are just heating up for us sci-fi nerds. We've reached the Round of 8 in the fan-voted poll of the Greatest Sci-Fi TV Show of All-Time. (Previous rounds here)

There are some tough matchups in these four games.* Will the Whohards and Fireflickians battle to the death to see which show is better? Or just stuff the ballot box? Star Trek: The Next Generation continued its blistering run through its region and beat my pick, The Twilight Zone, handily. I was surprised how brutally The X-Files crushed Lost (by almost 60 percentage points), but can it steamroll fan-darling Battlestar Galactica? Our top vote-getter in this round was Star Trek, but can it be upset by Twin Peaks, the little-engine-that-could who people said didn't even belong in this bracket? 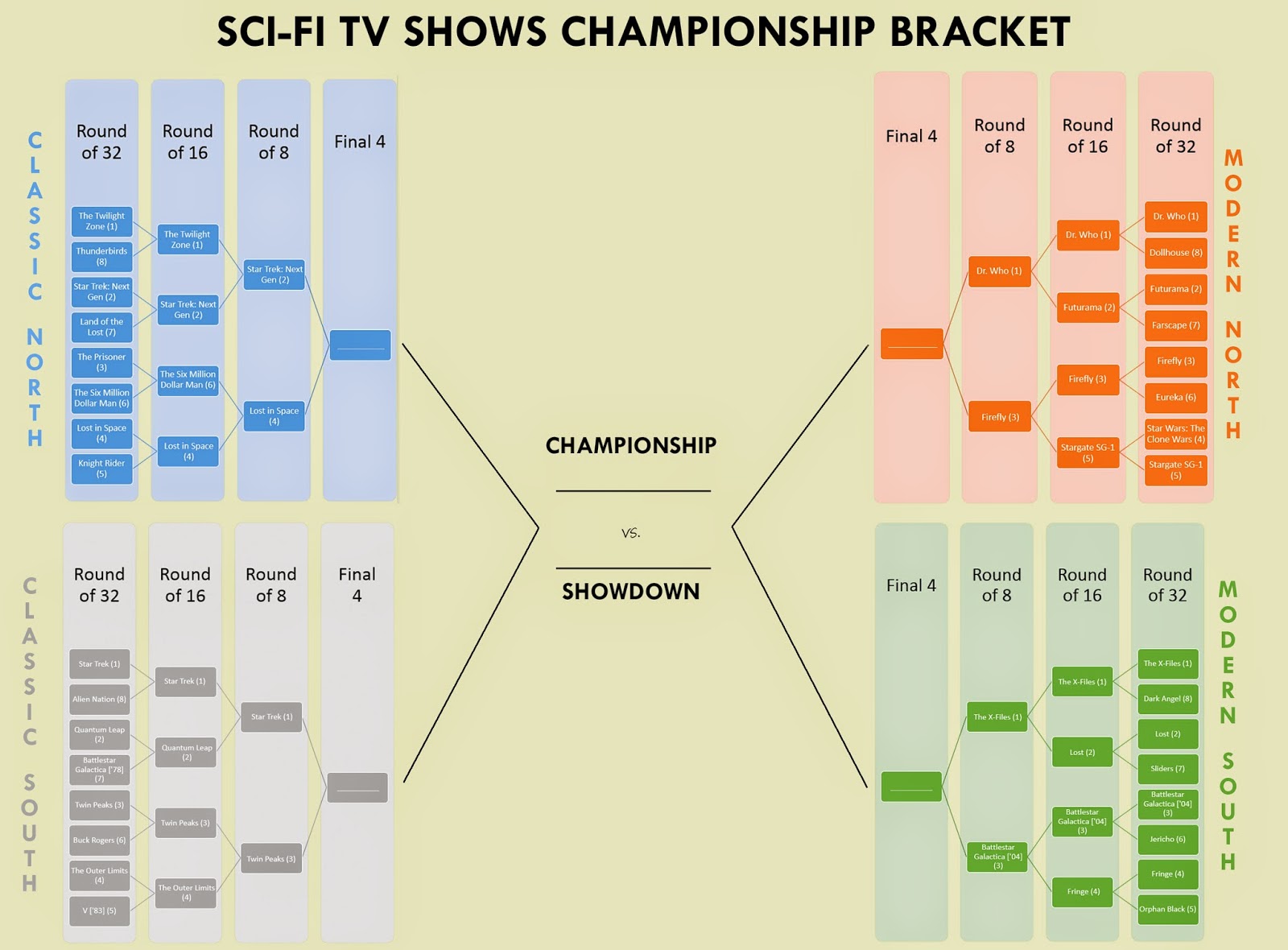 
*Reddit users once again pointed out that I goofed the order of the initial round's games. I get it, I get it. But there's not "Ctrl-Z" in life, sadly.
Posted by vkotrla at 9:32:00 AM