As I hack away at my keyboard searching for a fitting opening to this week's post, I find myself very distracted by the thoughts of C2E2.  I will be making the drive north late Friday night and plan on enjoying 2 days of convention glory.  Once again this convention boasts an impressive lineup and I look forward to picking up my Artful Daggers trade and some other fun things.  It is starting to feel a lot like convention season! 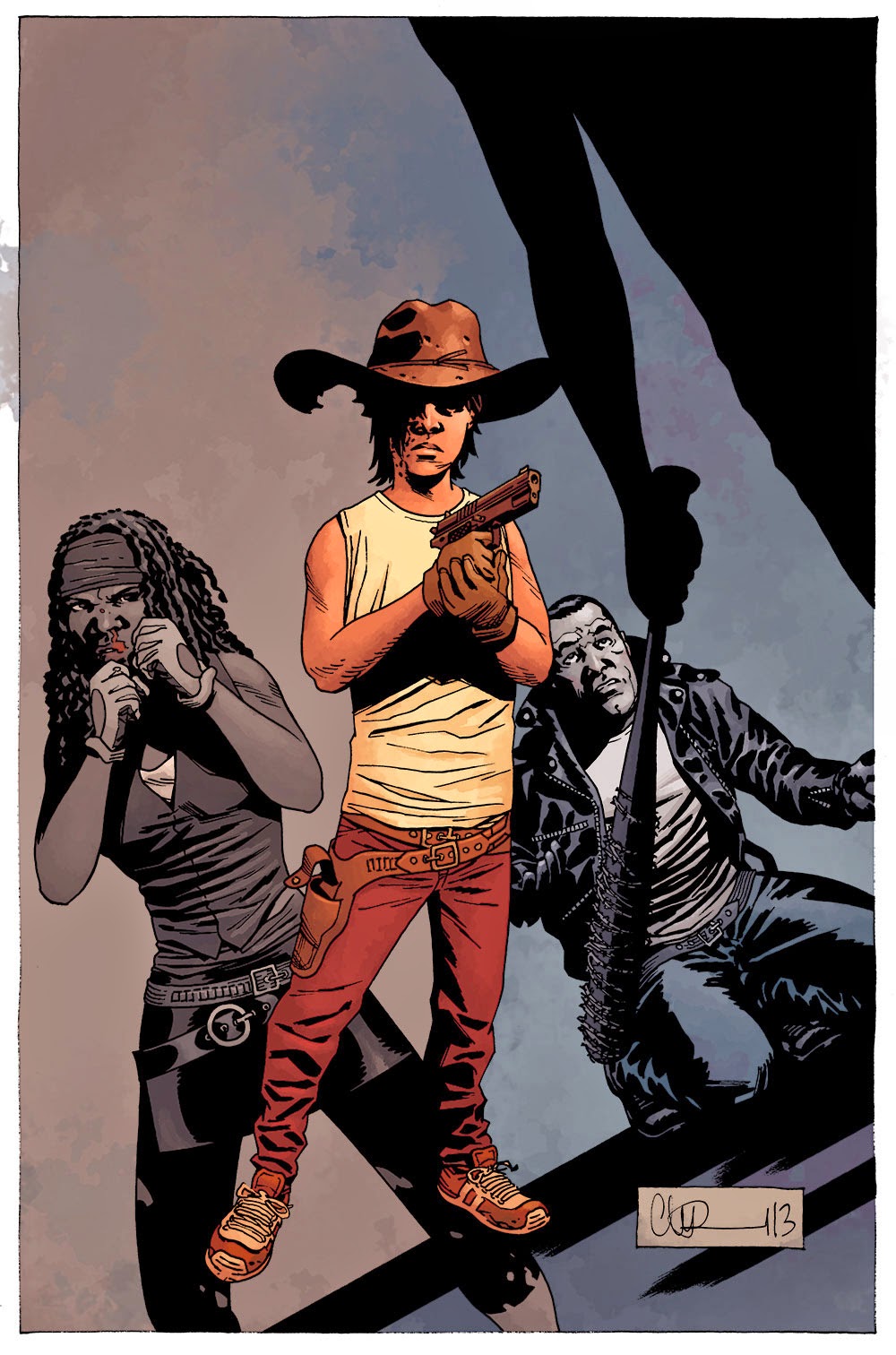 Pick of the Week:
The Walking Dead #126 - The end of "All out War" is upon us.  Robert Kirkman and crew wrap up this series in a surprising fashion and I am never surprised by the sheer physical sense and insanity of Negan.  This has been a memorable run that had a truly fitting ending. Maybe I am being optimistic thinking that issue #127 and future comics will be printed in color.  Maybe I think too highly of the human race.  Despite our differences I like to think that the vast majority of us are good people.  Whether I am wrong or right, one thing is clear.  I have a feeling we aren't in Kansas anymore.

The Rest:
Mind MGMT #21 - Matt Kindt brought the thunder on the latest issue of his supernatural thriller and I was not disappointed.  It was dubbed by Dark Horse as a "silent issue" as the characters did not speak, but we were treated to their inner monologue as the fight broke out.  Caught in the Magician's traps, the agents have their abilities clouded as they attempt to solely survive this frightening ordeal.  A departure from your traditional Mind MGMT issue, but not in a bad way by any means.  One of my favorites.

Skull Kickers #26 - While it may not offer the depth of other comic series, Skull Kickers has a warm place in my heart as it is a title that is simply fun.  This tongue-in-cheek book delivers a lot of high quality, and some low brow, laughs and serves as a type of palette cleanser when it appears in my pull list.  This issue pokes fun at traditional dwarven lore and is chalk full of puns.  Fun stuff.

Batman Eternal #3 - As I said last week, I am glad that this series is coming out each week.  Things aren't looking up for Gotham (are they really ever?) as Falcone wastes no time usurping power and establishing his order.  Corruption seems to breed in Gotham and this tale is no different.  Once again the police force is targeting Batman while he is trying to prevent a civil war amongst the villains at large.  Throw in a new origin story for the New 52 and we have quite the exciting book.

Original Sin #0 - Marvel's new event is off to a great start with Mr. Mark Waid at the helm.  Nova seeks answers from The Watcher and gets more than he bargained for.  A rare insight into the origin of The Watcher makes for an interesting debut.  I am hoping that it goes beyond a traditional Marvel event, but it has my attention for now.