First, a caveat: this list is not a survey of the most influential or most well-known games of the mid-1990s, despite the fact that the mid-90s was arguably when the computer game industry really took off; it represents, instead, my personal opinion based on good if eclectic times in my childhood, almost 20 years ago (writing that last phrase terrified me...), and also on the unique 'replay fun factor in 2013' (codenamed: RFF 2013) assessment, in which 6/10 or above means the game would probably still be fun to play in 2013. In other words, the games on this list are being judged on how well they've stood the test of time, both in my own memory, and also in the sense that, via Dosbox (or Steam), they can still be enjoyably played today.

So some of you may read the list and be astonished/apoplectic with rage that __(fill in name of favorite game here)__ isn't on it, or that __(insert name of hated game here)__ is; just remember that writing this list is like baring my childhood soul to all of you, revealing what I was actually spending time doing in the 1990s (let's just say that homework/sports weren't exactly eating up my time), and thus these games contributed to my own identity, since the 1990s were formative years for me.

One more final note: I simply could not get the list down to just six titles, so I cheated by keeping a tremendous number of 'honorable mentions', which is kind of doubly cheating since it means I did not, in fact, rank 'em.

Best Computer Games of the mid-90s 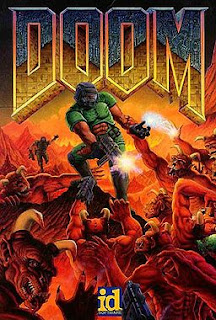 Doom literally terrified my childhood self. Whenever a demon or whatever jumped out at me from the gloom I would scream, have a heart attack, leap away (after carefully pausing the game) from the computer and collapse on the floor, gibbering in fear. So Doom gets full marks for atmosphere! But I'm not by nature much of a fan of either a) 1st-person shooters, or b) being reduced to a quivering, dangerously-close-to-wetting-my-pants scaredy cat, which is why I didn't actually play Doom that much, and also why it doesn't make the list proper. Plus, although the graphics and multiplayer functionality and whatnot were impressive for the time, there are plenty of very similar games out there now, which means Doom scores just a 1/10 on the RFF 2013.

The game that popularized the revolutionary hexagonal format, and also spawned countless pimply-faced World War II buffs (=nerds), I too enjoyed the (sometimes counterfactually!) historical challenges of invading/defending Poland, Norway, or even Great Britain or Washington D.C. (that last one felt a bit lacking in terms of historical probability, but it was a fun thought experiment). On the other hand: I don't know about you, but I played, and play, games to escape reality, not to relive it (things like World War II especially) in all its horrific detail. Moreover, because of the rather random combat engine, you can suddenly have some of your best troops decimated, and there are few things so frustrating, indeed heartbreaking, as seeing one's cherished guys get slaughtered. I enjoyed the campaign version waaaay more than the scenario, especially if the latter is against a wily human opponent. So although the game has stood the test of time relatively well—indeed, none of the sequels really surpassed the original—I can't really say it's too high on the 'fun' factor, so on the RFF 2013 scale, it's a 2/10.

Ah, the Elder Scrolls! This second game in the series was (at least as far as I know) what popularized the nonlinear approach, and I embraced it with gusto. In fact, I never made the slightest effort to progress down the main plotline quests. Sure, some elements of the game, especially dungeon combat, were formulaic (but remember those zombies? Man, they were scary when they appeared around a corner, one arm raised, moaning in that weird way!), but for us would-be hunter-gatherer types, there's nothing better than getting cool new equipment and improving one's skills. The graphics weren't that great even back in 1996, and probably look laughable now, but at the time, replay value was incredibly high. Its RFF 2013 factor is just 3/10, however, because of the other later games in the series, especially the magisterial Skyrim—which has all of the good features of Daggerfall plus amazing graphics and overall stellar game play.

I really, really liked Ultracorps, a massively multiplayer web-based space conquest game, back in the day—I remember rushing home from school to take my daily turns, which sometimes took up to an hour, and having that be either the high point or the crushing low point of the day depending on how everything ticked out. But I was just an idiot kid in those days, so I wasn't that good at it and I wasted all my in-game money on cool but low cost performance units like CR ORGs, whereas savvier players bought uglier but tougher stuff and then robbed me of my precious empire. Strictly speaking Ultracorps is web-based, not really a computer game; otherwise it would be ranked on this list. It was resurrected recently and can actually be played today (I know because I played it again, about six years ago, and was still awestruck by grandmaster UC_Rommel), so potentially its RFF 2013 could be high, but when I remember how much of my free time was sacrificed on the altar of space domination, and how deeply I was affected when my empire crumbled before my eyes, I can't give it higher than a 5/10.

Some of you are probably wondering why such an excellent game has barely squeaked onto the list. The answer is two-fold: a) the amazing sequels, Civ 3 and especially Civ 4 (not so much Civ 5, in my opinion), and b) the end-game. True, at the time, in the mid-90s, Civ 2 was endlessly fun and a big improvement over Civilization (which itself was groundbreaking and great fun). But I didn't enjoy playing the game out to its grueling conclusion, as all too often (as that recent story about the guy who's been playing the same apocalyptic game off and on for 10 years can attest!) it can get tedious. And although its replay value was high in the 90s, since Civ 4 there's no need to return to a lesser installment like Civ 2, meaning its RFF 2013 is 4/10.

This game was fantastic—and kind of still is, despite its flaws. The graphics look terrible today, but who cares? What some game developers apparently don't know or recognize is that not all of us play games solely for the lush visual experience. X-Com is certainly compelling evidence of that. Strangely, none of the sequels were all that good, or in any case, they couldn't surpass the framework of the original. Recently X-Com was released for like a dollar on Steam, which means if you want to decide for yourself if my RFF 2013 rating of 6/10 is accurate, you can! 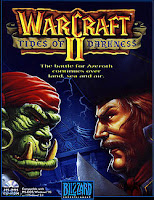 "I'd rather be sailing!" says one of the human soldiers in Warcraft II, and for some reason, the over-the-top intonation of his jaunty comment sent me into fits of laughter, making the characters' voice-acting, strangely, the one feature of the game that I remember most clearly. This is the game that really sold me on Blizzard, and led me to embrace Starcraft later on; Diablo, which you'll note is not on this list despite being released in 1996, was fun and all, but Warcraft II was way more fun. Indeed, it takes the mid-90s cake for real-time strategy games. Would it be fun to play today? Undoubtedly, but since we now have Starcraft II in addition to Starcraft—both of which were even more fun than Warcraft II—there's really no need to play it, meaning it scores a 5/10 on the RFF 2013 scale.

Let's get the bad stuff out of the way first: the graphics (whoa), the lack of an autosave (argh!) and the A.I./diplomacy (on Impossible, rival wizards pretty much declare war on you as soon as they can, without the slightest justification, and are completely unwilling to make peace).  But the good stuff vastly outweighs the bad! Send Torin the Chosen into combat with Sky Drakes and Great Wyrms and so forth to plunder the untold riches of the land, forging magical weapons and armor for him and other heroes to wield in their quest...train unstoppable Paladins in your High Men cities, or fierce Doom Drakes in your Draconian ones, and crush your enemies with the power of your conjurations! Does it get any better than that?  Despite the minuses, this game has astonishingly high replayablity even today (as I've rediscovered recently—how alarmingly quickly the time passes when one is playing Master of Magic! Beware lest you play right through the night...), meaning it earns an 8/10 on the RFF 2013 scale.
2. Betrayal at Krondor (1993)

I was just a snot-nosed (and kind of snotty) kid when this game came out—on those 3.5" 'floppy' disks, remember those? And I remember being awed at the size of the game file, which required—count them—seven such disks! This game is much more linear than others on my list, and yet allows for quite a bit of nonlinear exploration of the world (which is what I really enjoyed doing).  Watching the characters improve their skills and getting them new and ever more impressive stuff is one of life's great joys, am I right? Plus, it was set in Midkemia, and as I mentioned in my recent rant about Feist, I liked Midkemia, as a child, almost as much as Middle-Earth (near sacrilege to say, I know). Anyway, this game was awesome when it came out, and is still great fun to play twenty years later, partly because no other games set in Midkemia were nearly as good. It earns a RFF 2013 of 9/10 despite now absurdly bad graphics and, worse yet, me knowing exactly how the game progresses and even remembering some of the solutions to the riddle-chests!

It's been 17 years, and still Master of Orion II remains the best space-based empire building game evarrrr! For me, the very early stages of exploration are the most fun of all. Will you find a lush planet ripe for settlement, or a craggy but mineral-rich barren rock, or even, joy of joys, a splinter colony? There are weaker aspects to the game, particularly the A.I./diplomacy situation (whose engine was inherited from Master of Magic, apparently, as the same company made both): for example, in a recent joyful revisiting of MOO 2 I formed an alliance with a neighboring empire, but refused when they demanded I declare war on a third empire. Just two turns later my 'ally' attacked me, in the worst display of wounded pride and pettiness the galaxy had ever seen! And worse yet, they're winning as of this moment :(


But when it's good, Master of Orion 2 is sooo good! And because no other game, including MOO 3, has come even close to recapturing the magic of the original, it earns a perfect 10/10 on the RFF 2013. Just writing this review is making me want to play it again—and I'm going to do so literally as soon as I finish writing!
Posted by Zhaoyun at 12:01:00 AM