To start off with, I'll admit two things. First, I'm not the biggest sports gamer on the planet. I love going to live sporting events and I'm a die-hard Oklahoma State Cowboys fan (My alma mater), but the games normally don't do it for me. Second, I haven't played a Madden game since 2008. That game was so bad that I swore them off for quite a while and this is the first one I've picked up since. That said, I'm really glad that I did. It's been a fun change of pace from my normal sci-fi titles and wasn't a huge disappointment like my last experience with the franchise.

As I said before, I haven't played Madden in several years, but this game has several new additions from the last iteration I experienced. First of all, you can choose to play as a specific player, a coach, or lead the franchise as an owner. I chose the coaching option as it is the closest to the traditional Madden format. You can switch between players on defense and take over for running backs and receivers when they get the ball in this mode. I tried the player mode and it just wasn't as fun to be stuck in the shoes of a single player. I didn't have time to experience the owner mode, but I really like playing the game itself rather than acting as a front office manager, so it didn't interest me as much as the coaching mode. There were all sorts of new gameplay additions, more than half of which I probably didn't use. I had enough trouble just picking out receivers without learning all of the new jukes, spins, and leaps that were available to ball carriers, but they were there for the die-hard Maddenite. Choosing plays was made up of a well-oiled mechanic that gave you an initial option for a single play right off the bat. If you didn't like that, you could choose "Ask Madden," which would give you three options for plays that fit the scenario. If none of those were to your liking, you could choose plays by type or formation. I'm not a football guru so I used Madden's suggestions about half the time. The rest of the plays I chose by type, often going with a play action pass or shotgun formation. The options of play type were plentiful with something like 70 different run plays, 90-plus passes, and multiple special formations including QB kneel or quarterback sneak. Whatever your style of play, there was a quick and easy way to choose the option you preferred.

As you can probably tell from these actual screenshots, the game itself was a sight to behold. The graphics are easily the best I've ever experienced in a sports game. While that may not be saying much as I'm not a huge sports game buff, they were easily the equal of some of the more attractive other games out there like Assassin's Creed or Tomb Raider. Even though this game came out last summer and is just a port to my Xbox One, they obviously upscaled it somewhat to the new generation of consoles. Even though I may not be a sports game aficionado, I am a real-life sports fan and some of the replays looked as good as the real thing. During load screens they showed various previous versions of Madden's last 25 years and, although sometimes laughable, it gave a good impression of how far the game has come in its quarter century of sports game dominance. While 2008 felt like EA was just resting on its laurels, Madden NFL 25 made me believe that Electronic Arts really put a lot of effort and money into their silver anniversary edition. 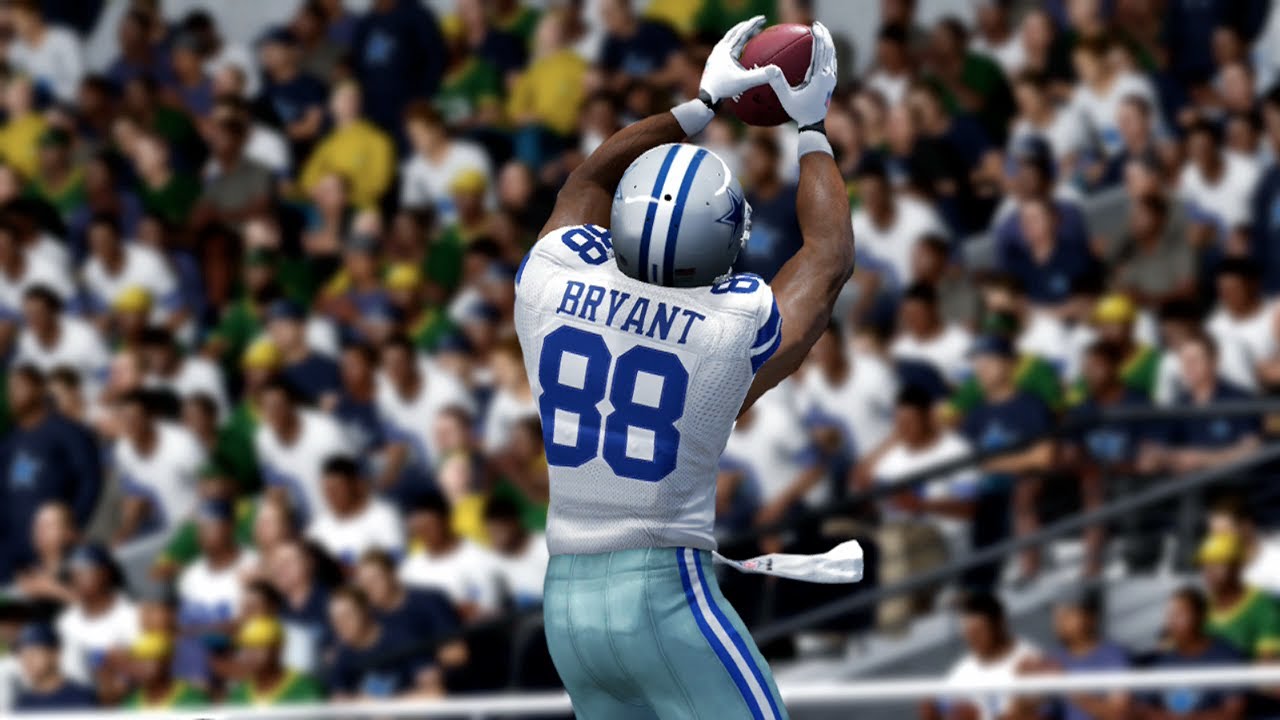 Being a relative amateur when it comes to the sports game oeuvre, I chose to play the season on Easy so I wouldn't get frustrated and give up halfway through. That's likely the reason I ended up 19-1 and a Super Bowl Champion. I chose to play with the Dallas Cowboys, mainly because of Oklahoma State alum Dez Bryant and his on-field acrobatics as well as their close proximity to my home state. I'll freely admit I don't care for Tony Romo and I'm a college sports fan who generally ignores most pro sports other than the NFL. That said, Madden's ability to use the actual player names and playbooks makes it superior to NCAA in this gamer's humble opinion. Some of the awful names they come up with for "amateur" athletes that appear in college sports games just drive me nuts. I understand the necessity of it, but that doesn't make it an easier pill to swallow.

My only loss in the game came at the hands of Peyton Manning and the Denver Broncos. Peyton is rated a 97 in the game making nearly every ball he threw up a strike on a frozen rope. However, I was able to get my revenge on him in the snow in New Jersey at the Super Bowl, winning 24-21. Although it didn't give me quite as much pleasure as defeating Handsome Jack in Borderlands 2 or Glados in Portal, it was still a nice little endorphin rush when I managed to overcome the seemingly invincible quarterback in the ice bowl.

I realize this is a nerd blog, so even though its a game the very fact that this is sports-related makes it a stretch as subject matter for Nerds of a Feather. However, if you're looking to get a sports game for a nice change of pace, I can't think of a better place to start than Madden NFL 25. Pro football has overtaken baseball as America's game of choice and Madden is the video game equivalent of its crown jewel. Although it may have slacked off a bit in recent years, Madden 25 brings it roaring back. I can easily recommend it to either the casual sports gamer or die-hards that own everything from FIFA to NCAA 2013. I was a bit skeptical when I decided to give the franchise another try, but I'm glad that did. While I probably won't continue on into a second season, the game was well worth playing through the first. If you haven't played a sports game for some time like myself, give Madden NFL 25 a try. You won't be disappointed. 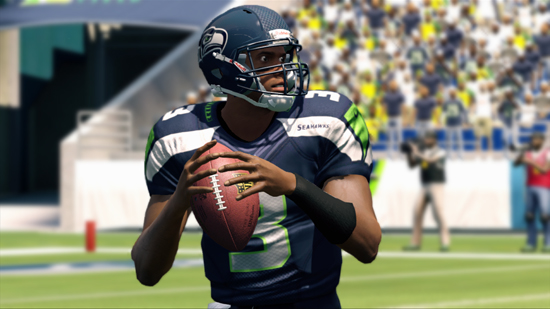 Bonuses: +1 for being a superb sports simulator. +1 for surpassing my expectations completely.

Penalties: -1 for not really fitting into the "nerd" mold, since it's sports-related.