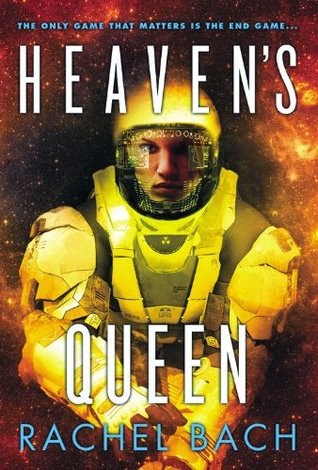 
Endings are almost impossible to do well. Suppose you have a trilogy, the first two installments of which are brilliant, to the point that you find yourself falling in love with the world, the characters, and so forth. Any attempted end to that story faces two serious and, worse yet, rather contradictory problems: a) the deep-seated desire for high-stakes closure, or resolution, common to all melodrama (and let's face it, most of what we all like is melodrama through and through) and b) the instinctive horror we all feel at the thought that something we love will end.

Problem b) has no real solution, of course, since everything ends and that fact undoubtedly sucks. But that doesn't mean all non-solutions to problem b) were created equal. Probably the best is the cascading ending: we need only watch Return of the King (or read the book) to see a shining example. The focus is on letting the audience down from the emotional high of problem a) gently—and gradually.

Many commented after watching said movie, or noted while reading the extended falling action sequences at the end of the book that the movie skips or streamlines (Sharkey, anyone?), that it "feels like there's more than one ending." And it's true, because each storyline, each major character demands a unique resolution, which solves problem a). But in order for us to weather the emotional trauma of problem b), that elemental force which, as (for example) Frozen is ending, makes three-year-olds scream and wail that they want to stay in the movie theater (and thus the film world) forever, we need time to recover from each individual shock of resolution, and if they come too abruptly, even we adults might just find ourselves wiping away a tear or two (or several Kleenex's worth for me!) as the beloved movie thunders to its conclusion. On the other hand, there's such a thing as too gradual, so as with all things (ευχαριστώ for the Golden Mean idea, Aristotle!) balance is key.

How did Rachel Bach (a.k.a. Rachel Aaron) handle this thorny problem? Was she able to deliver a sufficiently satisfying resolution for each of the main characters and plotlines while managing to avoid the trauma of a too-sudden finish or, alternatively, an endless end? The coy response would be that you should read the book to find out, but I'll just tell you the answer's a resounding yes! The themes introduced in Fortune's Pawn and then developed in Honor's Knight come to supremely satisfying conclusion in Heaven's Queen (and even the title to this volume has an additional layer of meaning beyond the ongoing and somewhat tired chess metaphor). The mystery of the phantoms is revealed, and our favorite spunky armored mercenary Devi(ana) Morris kicks the stuffing out of pretty much the entire universe. Bach maintained the pace very well in this final volume, with plenty of action on both huge fleet-sized and on an individual tactical level. Some characters die, as is only fitting in melodrama (since it only enhances the perceived value of the resolution when ultimate victory comes at very high cost—just ask the Weasley twin who took one for the Harry Potter team).

One of the only false notes in Heaven's Queen was a rather anticlimactic showdown near the end of Devi's mad gamble. For this sort of action-y melodrama to provoke the strongest possible emotional response, it is necessary for the prowess of the villain to be tremendous indeed; a too-easy victory by the hero(ine) leaves one with a vague sense of disappointment, as it deprives the audience of seeing (so to speak) the heroine reach new heretofore unimaginable heights of awesomeness.

Of course, in one sense Bach is to be commended for declining to follow every convention of the genre, instead spicing things up a bit with what, in an action comedy, would potentially be a very amusing case of sabotaging the audience by building up expectations only to subvert them with an easy win for our heroine. But personally, I think it would have been more effective, especially with the anti-utilitarian themes developed in book two, to have the figure of the ultimate utilitarian be her greatest challenge(r) yet. I'm being so cryptic, incidentally, because I a) think people should definitely read this book/series, and b) still believe spoilers kind of spoil things, despite what these guys are saying.

In any case, read it: you won't regret it! (After all, be honest—who can't get behind the idea of a "all out of bubble gum" kind of tough girl like Devi?)

Bonuses: +1 for managing to bring everything together in a cataclysmic denouement, +1 for handling the falling action final chapters very well

Penalties: -1 for having one of the series' most mysterious figures be such a pushover in the end

Nerd coefficient: 8/10 "Well worth your time and attention" [8/10 is actually awesome: see here.]

This review brought to you by Zhaoyun, sf/f book and movie aficionado and main cast member of Nerds of a Feather since early 2013.
Posted by Zhaoyun at 12:01:00 AM