VOTING FOR THIS ROUND HAS CONCLUDED. TO VOTE IN THE FINALS, PLEASE CLICK HERE.

The Round of 8 was, without a doubt, the round with the most gnashing of teeth, and probably even tears, of any so far. For this was the round where Doctor Who faced off against Firefly.

Thousands of votes were cast (thank you, everybody), and ultimately, by only a half a percentage point, it was decided that Serenity would keep flying. (Insert wild celebration/screams of rage as you will).

Now in this Round of 4, you must face another impossible choice: Kirk & Spock vs. Picard & Riker. Is Star Trek: The Next Generation a better show than the one that begat all others, Star Trek? It's your call. But it is certain that an entry from the Star Trek franchise will face off against either Firefly or the Battlestar Galactica reboot in the Finals. 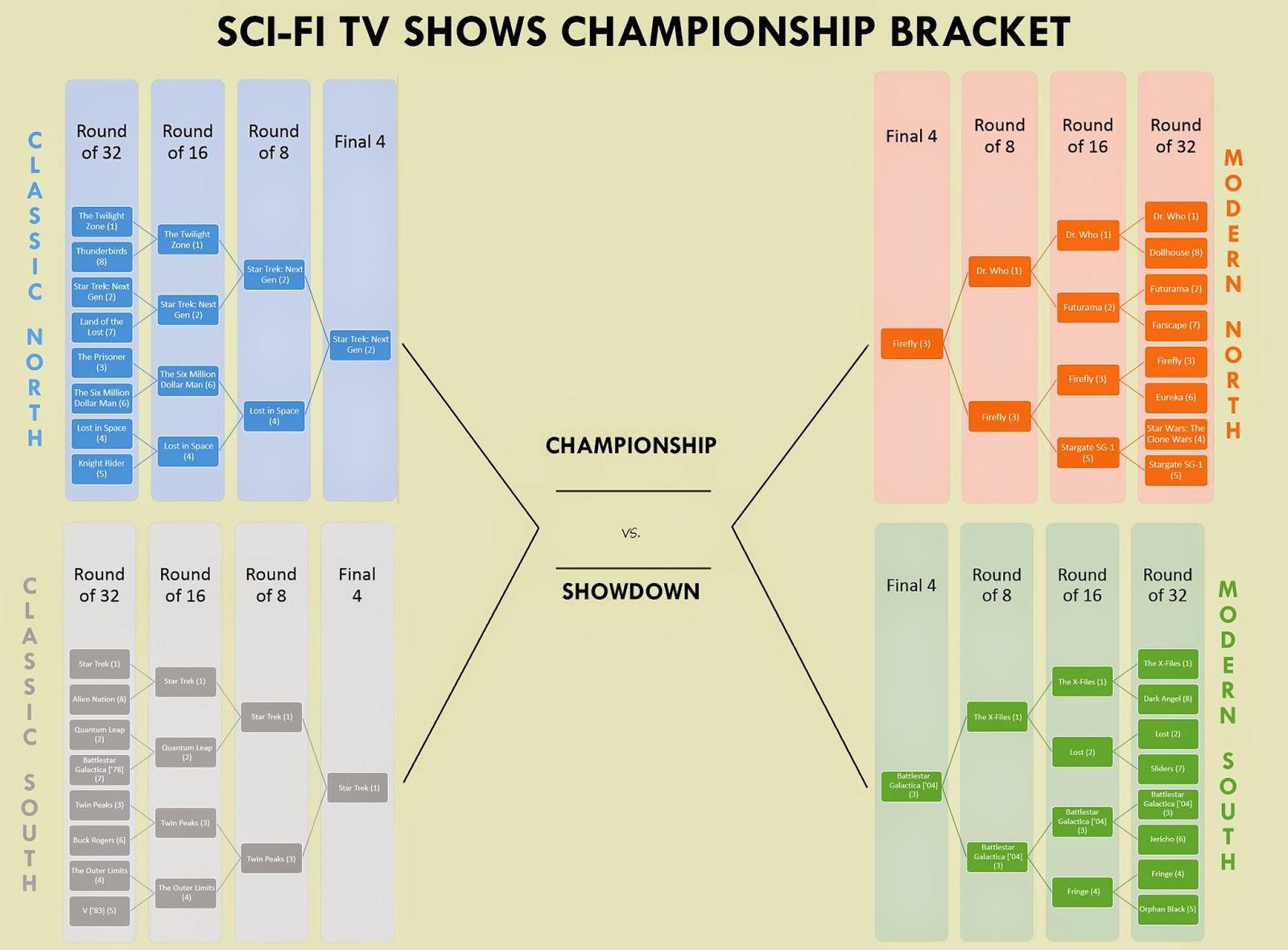 Some housekeeping: to see the results of previous rounds, click here. To review the utterly unscientific criteria used to delineate the Classic from Modern regions, check out the Round of 32 post. Many Reddit users pointed out that I had the order of the matches in the first round out-of-order, which I have consistently acknowledged, and apologize for once again. And for those of you who vitriolically demanded a larger image of the bracket, your wish has been granted.

Now, have fun, and on with the voting!

Check back next week for the Final Round!
Posted by vkotrla at 12:00:00 AM