Stephen Blackmoore is a writer of crime, horror, and urban fantasy whose work has appeared in the magazines Needle, Plots With Guns, Spinetingler, Thrilling Detective, Shots, and Demolition. He has also written essays on LA politics and crime for the website LAVoice.org and the LA Noir true crime blog. 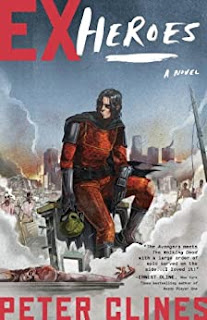 EX-HEROES by Peter Clines. I love his books but I never got around to reading this one. It's a superhero zombie apocalypse. Loads of fun. 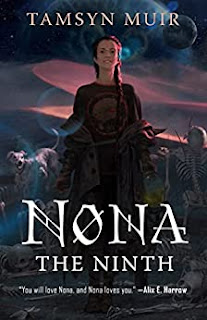 NONA THE NINTH by Tamsyn Muir. It's the third book in a series. Lesbian space necromancers. The first two books are so good.

Not really. I tend not to. I think I got burned out because of The Wheel of Time books. Every time one would come out I'd have to go back and re-read the series just to understand what the hell was happening.

4 A book that you love and wish that you yourself had written.

This is a tough one. So, I'm gonna give you two. 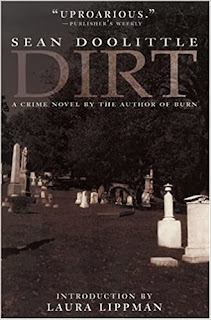 The first one is DIRT by Sean Doolittle. How to describe it. It's funeral noir. Some poor sap gets caught up in the plots of an unscrupulous funeral director, ex-cons who understand the value of a crematory, and his ex-girlfriend reporter and of course everything goes to shit. Reads like Elmore Leonard.

The second is HELLO KITTY MUST DIE by Angela S. Choi. It's about a young Chinese American woman caught between the traditions of her family and her own identity and choices of who she wants to be.

It just so happens that who she wants to be is a serial killer. It reads like a train crash between The Joy Luck Club and American Psycho. 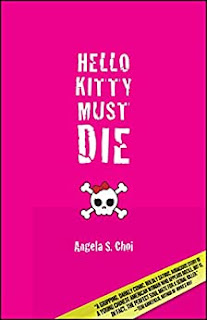 They're two very different novels and I honestly don't think I could pull them off. Doolittle's comic timing is spot on and Choi is speaking from a perspective that I'll never truly know. But they're both excellent and like any really good books they remind me that I need to constantly be upping my game. 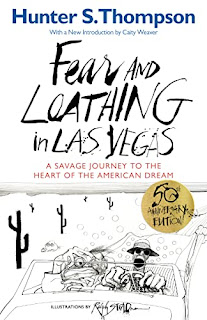 This one's easy. Fear And Loathing In Las Vegas by Hunter S. Thompson. The absurdity of absolute nightmarish chaos that, though you know you should, you just can't stop staring at.

In terms of my writing it gave me permission to go completely off the rails. It's like, "What would HST do in this scene? Naked clowns? Naked clowns it is!" 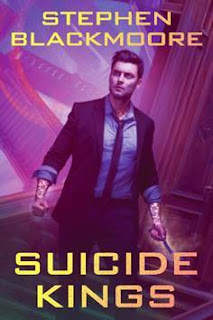 My latest is the seventh Eric Carter book, Suicide Kings. It picks up about a month after the previous book, Bottle Demon, and Eric is having some existential crises while also helping a friend deal with her insane, murderous family who have all gathered together to see who can steal the family crown.

Why's it awesome? Because I wrote it, of course. Okay, maybe not that. I had a lot of fun writing this one. I got to play with some ideas I don't usually touch, in this case an Agatha Christie-ish manor murder mystery.

Only the way I would do it, which is almost nothing like that and includes much more gore, brutal violence, and creative swearing. And if that doesn't do it for you, I got nothin'.