Nanoreviews: Goliath, All the Horses of Iceland, The Ones We're Meant to Find 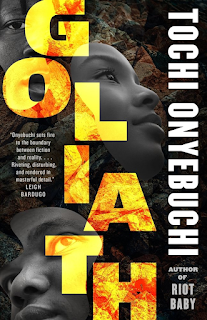 Let's not mess around here: Goliath is one of the most impressive works of science fiction I've ever read. Tochi Onyebuchi's novel bills itself as "a primal biblical epic flung into the future", and it certainly delivers on that sense of both scale and mythology: a mosaic novel set in New Haven, Connecticut, centred on the lives of those left on a radioactive, oxygen deprived Earth by a space colonisation movement that was only ever accessible to the elite, the shifting dynamics as some of the spacefarers begin to return, and the damage that this gentrification causes to communities who have only ever tried to build a safe, comfortable life for themselves. Within that broad framework, Onyebuchi populates his narrative with a range of perspectives and characters, taking us through a meticulous, non-linear journey through their lives and concerns. At the heart of it are two groups, given equally sympathetic portrayals despite their very different positions. There's the young gay couple, Jonathan and David, who are returning from space and whose perspectives are portrayed as sympathetically as any others, albeit with an eye to showing how much their perspectives differ from those already living in the neighbourhood that they consider a blank slate opportunity (in the opening paragraph, Jonathan talks about the warnings he receives about "gangs" who populate Earth, before dismissing them in favour of his enthusiasm for the "shadow country" that is his vision of the planet). And then there's Linc, Bishop and their crew of demolitionists, whose job is to tear down houses (using a very cool bit of futuristic technology with potential for grim malfunctions that are quickly demonstrated) and then stack the bricks left behind so that they can be transported to the colonies. It's through the eyes of Linc and his buddies that we really come to grips with the extent to which the world has been broken, and the inescapably racist dynamics of who suffers from it. The group's banter swings from wild second-hand stories about former house parties to furious deconstructions of their political reality, and it's their reactions which sets the tone for the rest of the novel's politics.

There's no grand showdown or dramatic set pieces in Goliath: Jonathan and David's lives briefly intersect with Bishop, but not in any way that changes the course of the future history we are watching. Instead, Goliath just concerns itself with setting out that history: built, as the acknowledgements demonstrate, from a deep understanding of the dynamics of our recent past and extrapolating them into an era of space travel. The result is a very particular kind of novel: one which demands a lot of attention while reading and isn't in the business of giving instant narrative gratification, but which takes a sledgehammer to a lot of genre assumptions about near future science fiction, including how the sexy, exciting bits of those future get distributed and whose stories we consider worth telling because of that. I expect I'll be evaluating every book set in this narrative space against Goliath for the rest of my days, and I can't think of any better sign of quality than that. 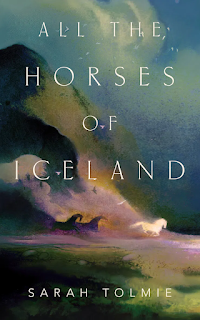 All the Horses of Iceland by Sarah Tolmie [Tordotcom Publishing, 2022]

From a speculative future history to a speculative history-history, Sarah Tolmie's new Tor dot com novella tells the story of Eyvind of Eyri, an 8th century Icelandic trader who travels through central Asia and into Mongolia to bring a herd of horses back to his homeland, including a mare whose supernatural origins have a far-ranging impact on the future of Icelandic horse genes. Except, the story isn't really about Icelandic horse breeding, so let's set all of that aside until it gets explained in the epilogue. It's Eyvind's story, and there is also a really cool horse. Right.

Immediate bonus points must be awarded for the fact that I'm in a real mood for travelogue stories at the moment, and Tolmie's is a great example of the form, with Eyvind chronicling the adventure with his fellow travellers - most of whom are from the historic trading empire of Khazaria, through which Eyvind travels on his way to Mongolia - and the customs and concerns of the places he passes through, especially during his time in Mongolia where he successfully barters for his herd of horses and takes on responsibility for a white mare who everyone else claims not to see. Tolmie has a fantastic literary style, switching between language that reflects the myth being created here and the supernatural origins of Eyvind's mare, and more down-to-earth descriptions of the journey itself.

Because it's a travelogue, the challenges along the way end up being very episodic - and, in fact, there's not much in the way of external challenge here at all, beyond a sequence towards the end (where, it turns out, having a supernatural mare comes in very handy). Instead, the tension is built up through watching a man travelling far beyond the boundaries of his own world to do something new, and the way the novella's mythmaking turns that novelty into something of foundational importance for his people. This is a short and delightful read, and well worth a look. 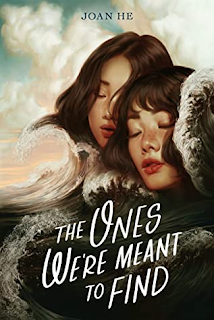 The Ones We're Meant to Find by Joan He [Roaring Brook Press, 2021]

It feels a bit unfair covering another near future climate change-y book in the same review set as Goliath - and it definitely felt a bit unfair to read this after having my expectations affected by Goliath -  but Joan He's young adult science fiction sets out to do quite different things with its story, and it very solidly achieves those aims. The Ones We're Meant to Find tells two intertwining stories about sisters who are heavily implied (but not outright stated) to be looking for each other: there's Cee, who has been trapped alone on a desert island for three years, with amnesia clouding everything about her former life except the fact that she needs to escape and find her sister Kay; and then there's Kasey Mizuhara, who lives in a carefully designed eco-city designed to protect humanity from natural disasters while minimising their carbon output to the smallest possible amount, and is searching for her sister Celia who went missing at sea three months ago.

As Cee struggles with survival, Kasey pushes against her own limitations and restrictions to retrace her sister's steps and understand why she chose to leave on a journey that everyone else assumes would have killed her. Along the way, resonances start to appear between the two stories: names turn up in Kasey's city which Cee independently uses to name things on her island, even as the circumstances that each is living under seem to get further and further apart. Frankly, for a long time I was ready to give up on Kasey and Cee's worlds ever colliding, and things with Cee get particularly slow and annoying at points (although she does get to meet a nice boy, who also has amnesia, and this is not baffling at all). But it does come together, and it's a reveal that's worth waiting for: one which contextualises and builds off both characters' struggles and personalities, and it leaves us with a powerful dilemma to work through at its closure. While it has its ups and downs, The Ones We're Meant to Find was ultimately a story I'm glad I spent time on.