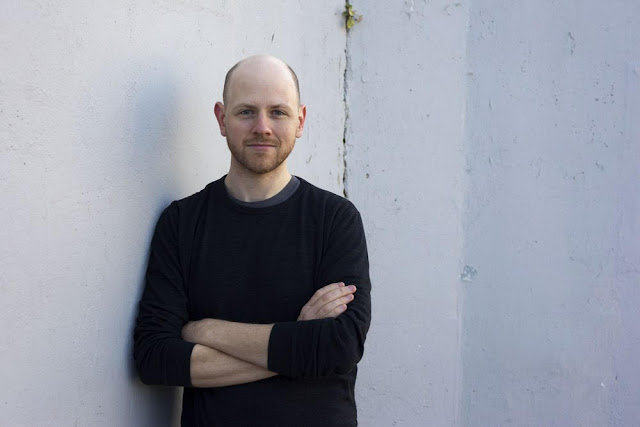 Dan Moren is a novelist, freelance writer, and prolific podcaster. A former senior editor at Macworld, his work has appeared in the Boston Globe, Macworld, Popular Science, Yahoo Tech, and many others. He co-hosts tech podcasts Clockwise and The Rebound, writes and hosts nerdy quiz show Inconceivable!, and appears on the award-winning The Incomparable. Dan lives with his wife in Somerville, Massachusetts, where he is never far from a set of polyhedral dice.

I just finished up Ben Aaronovitch’s Tales from the Folly short story collection—I absolutely love his Rivers of London series, and it’s always fun to spend more time in it. I’m still on a bit of a comfort reading kick, so I just dove into The Empire of Gold, the final book in S.A. Chakraborty’s Daevabad trilogy. The first two really wove this magnificent world based in Middle Eastern mythology, which is something I studied back in college, and combined it with a compelling story of love, magic, and politics—all those great epic fantasy elements. I’m really looking forward to seeing how the series finishes out, and there’s nothing quite like wrapping yourself in the warm embrace of a many hundred page saga.

Several years ago, I read Katherine Addison’s The Goblin Emperor, and it was just this lovely, unexpected story, so I was excited to see that Addison’s come out with a new book after all these years! The Angel of  the Crows had already piqued my interest even before I’d read the description. But then I saw it was a Sherlock Holmes-inspired mystery with fallen angels and Jack the Ripper and, well, it’s hard not to get psyched. I’ve got a vacation by a lake coming up, and I requested this from my local library so that I can sit out on the dock and sink into the pleasures of a print book.

I tend not to reread books very often—life’s short and there are so many new ones to read! I do have authors I regularly turn to, like Agatha Christie or Raymond Chandler; they’re of that school where they’re so prolific that I can always find something I haven’t read before, but it still feels like slipping on a pair of comfortable shoes. But I am tempted to go back and reread Mike Carey’s Felix Castor series, which is another of my longtime favorites—the first book is The Devil You Know. It’s a British series about a freelance exorcist and it’s this perfect mix of funny and chilling.

You know, I’ve racked my brain, and I think that in most cases when I change my mind about a book towards the negative, it’s usually a result of something unpleasant I’ve learned about the author that makes me see their work in a different light. But I like to focus on the positive, so I’ll pull out one of my favorite books of all time, Lois McMaster Bujold’s Memory. Every time I go back to it, I find myself discovering another dimension in the story, especially in relation to my age: I first read it when I was younger than the protagonist, Miles, and it was just this fun adventure. Now that I’m older than Miles, I have a very different viewpoint: it’s a much more bittersweet tale about when our lives hit these significant inflection points, after which they’re never the same. That’s the mark of a great book: one where your impression changes along with your life.

Susan Cooper’s The Dark is Rising is one of my all time favorites. I can still remember the boxset that my aunt gave me—for years I was terrified of the cover image, with the Rider on the rearing horse outside of Will Stanton’s house. But once I finally got up the courage to start reading, I was transported into this amazingly atmospheric world, scenes and characters of which stick with me to this day. It’s just this master class in telling a young adult fantasy story that, like the best of them, has these dark and sinister elements. It’s one of the few books that I’d love to do a screenplay adaptation of (as long as we can all agree that the execrable 2007 movie never happened).

My latest book is The Aleph Extraction, officially the second in the Galactic Cold War series. It’s a sci-fi spy story that follows a team of covert operatives as they chase after a mysterious artifact that could shift the balance of the war. Think Mission: Impossible meets Indiana Jones and the Last Crusade. In space. It’s a light-hearted romp with a lot of action and some humor, perfect for those who want to take a little diversion from the real world. We could all use a bit of that right now, couldn’t we?

POSTED BY: Paul Weimer. Ubiquitous in Shadow, but I’m just this guy, you know? @princejvstin.
Posted by Paul Weimer at 10:00:00 PM