The summer is winding down, the kids are going back to remote learning next week, and it was a pretty eventful August in comic book terms.  In addition to the return of Locke and Key, more on that in a minute, we are inching closer to the next gem from Derf Backderf and Keanu Reeves made his comic book Kickstarter debut! 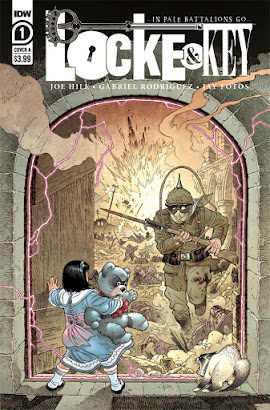 Locke and Key: Pale Battalions  #1 dropped last week and it feels so good to be back within the halls of Keyhouse. The story is set in 1915 and centers around John Locke's desire to use the keys to positively impact the war.  His father, Chamberlin, wants to protect the keys but a momentary lapse from John's mother allows for an opportunity to secure the more powerful keys.  It struck me as odd that the adults were aware of the magic of the keys and it makes me wonder if we will finally learn why the magic wears off when you become an adult.  Joe Hill has mentioned how excited he is for this story to develop and Gabriel Rodriguez, who is only getting stronger as a comic book artist, said that the next issue is one of the best Locke and Key books to date.  Throw in the Sandman crossover that is happening later this year and it is clear that everything is coming up Milhouse. 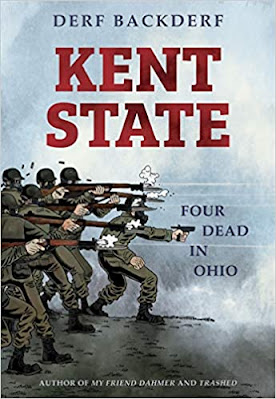 Derf Backderf, who I was introduced to via My Friend Dahmer, is back with another graphic novel that takes on a complicated social issue.  Releasing later this week, Kent State focuses on a shooting that took place in 1970 when the Ohio National Guard responded to a situation on the campus of Kent State. Given our current political climate this book is releasing with almost prescient timing and I cannot wait to read this book.  Backderf is extremely effective in tackling difficult topics with a grace and ease that doesn't seem fair. 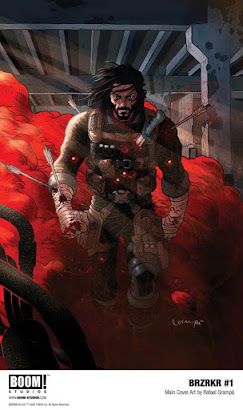 When I first learned that Keanu Reeves was hitting Kickstarter for a new comic book project, I was skeptical.  This is coming from someone who is a big Reeves fan and is often the subject of teasing due from his wife due to his love of Keanu. When I navigated over to the BRZRKR Kickstarter page I was immediately impressed with the talent he was partnering with. Matt Kindt is one of my all-time favorite creators and Boom! Studios knows a thing or two about comics.  BRZRKR focuses on a half-mortal, half-God character who is seeking peace after roaming the world for hundreds of years.  The plan is to work for the government in exchange for information that can help him finally find peace.  Boom! is upfront that this is a preorder, but the Keanu buzz is strong and the campaign has already raised over $400,000 at the time of this writing.  I am looking forward to checking this out.