'The Silent Sea' is a cautionary parable about infinite greed 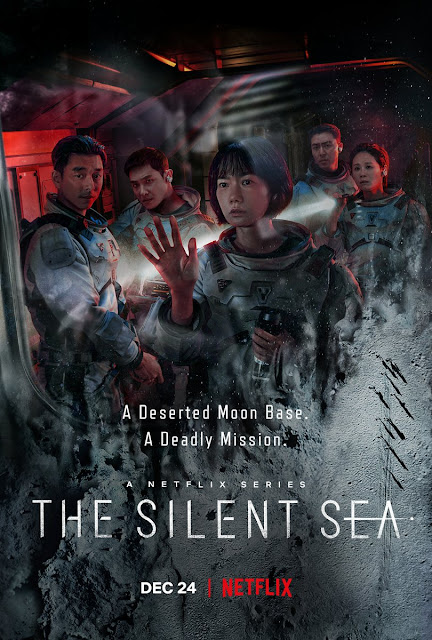 Likewise, in economics the fundamental principle is scarcity. It means that resources are not infinite. Even our access to sunlight is limited by our technological capabilities, the position of Earth, and the amount of fuel in the Sun. Every resource has a limit. No matter your political persuasion, your ethical guidelines, your partisan agenda or your pet cause, every single theory of economics has to deal with the solid fact that there just isn't enough to satisfy all desires. This is why all economic problems have to do with choice: resources are not infinite, so we have to choose. How we choose and who does the choosing is where economic schools differ, but the underlying principle remains; it's almost like it's written in the laws of nature.

So what would happen if there actually were an infinite resource?

Now that would be a violation of the laws of nature.

It would be an aberration. Something monstrous.

Countless works of utopian science fiction have imagined a post-scarcity society, where production is not constrained by availability of raw materials and our basic physical needs are permanently covered—in a sense, all post-scarcity theories are in themselves science fiction. We can imagine, as in Star Trek, a society that has moved beyond such preoccupations.

Or we can, as in the new Korean Netflix miniseries The Silent Sea, ask the hard questions about what such a state of affairs would actually entail.

The Silent Sea tells the story of a government-led mission to retrieve a suspiciously unexplained piece of laboratory equipment from an abandoned lunar station. The astronauts recruited for the trip come from a future Earth where water has become so precious that access to it has become the criterion of social stratification. The once blue planet now looks deserted from space, and the seas have become as dry as those on the Moon.

What our heroes find on the Moon, however, could change everything: there's an impossible new form of water that reproduces upon contact with living tissue. If brought to Earth, it would solve the climate crisis and the political volatility forever. It would effectively provide infinite amounts of water. What's not to love?

Well, there's only so much water the human body can take. Infinite water will kill you. If you bring that to Earth, you're going to kill everyone.

The gruesome image of sick bodies bending over and vomiting gallons upon gallons of water brings to mind the curses of dark fairy tales, which makes sense, because this is a fairy tale, of the sort that were spun in antiquity to teach universal moral principles, for example, that greed can hurt and you should be responsible with what you have. Think King Midas, and multiply it by everyone who has ever wanted something.

The inconceivable scale of the monstrosity is subtly explored at a more personal level early in the series. One of the astronauts, Dr. Song Ji-an, has received government compensation for her sister's death. She's now a gold-class citizen, meaning she has the legal right to infinite water. She's been taken out of the queue, out of the rules of allocation. By every school of economics, she's an aberration.

The series treats her undeserved new status with the appropriate disgust. People are on the brink of rioting over the unfairness of water distribution, and here she's being given the royal treatment. The incongruity of the situation is not lost on her: she has the thing everyone on the planet wants the most, but it doesn't satisfy her. It's futile as compensation for the loss of her sister. There's no compensating for human life. The value of human life does not lend itself to that kind of calculation. Now that's something truly infinite.

Economic inequality and the myriad wrong ways to deal with it appear to have become a staple of Korean drama. We've had, in quick succession, Parasite, Space Sweepers, Squid Game, and now The Silent Sea. It's doubtlessly an everyday concern for Koreans, who are now becoming painfully familiar with the American paradox of immense national wealth and heartbreaking individual poverty. What The Silent Sea has to say about that topic is that illusions of abundance are not the solution to the crisis of inequality, and even if we could have everything, it would solve nothing.

Who could even live with infinite water? Well, this dark fairy tale comes with its own angry spirit: Luna, the unnatural child, the only survivor of an assembly line of clones expended in the hope of controlling infinite water. Those clones are the embodiment of the sacrifice of entire generations for the dream of ever-increasing resources. Even if you found a way to reliably obtain ever-increasing wealth, producing it would require you to defile nature and defile humanity. Luna's tortured life is what results from following that imperative. So no, that's not the solution either.

Because the series ends with Luna nowhere to be found, humanity will not be transformed into her, and the self-replicating water from the Moon will not save Earth. This is fitting with the theme of the story: Luna is an impossible creature. We'd all need to become impossible creatures in order to both create infinite wealth and make any use of it. Having everything is equivalent to needing nothing: once we reached that hypothetical state, we might as well throw away our physical protections and walk, like Luna, in the vacuum of space. That's not going to happen.

So let's recap: you can't satisfy every single desire, and if you did, the human cost would be unacceptable, and if you paid it, you'd have to make everyone pay it, and if everyone did, we'd no longer have a world.

The lesson is the same as in the tales of old. Greed can hurt. You need to be responsible. We need to abandon the illusion that we're going to solve inequality by finding a magical source of endless riches. The only way is to distribute better.

Penalties: −1 because the dialogue overexplains the plot, −1 for some flat characterizations.