If at first you don’t climb your way out of hell, try, try again. 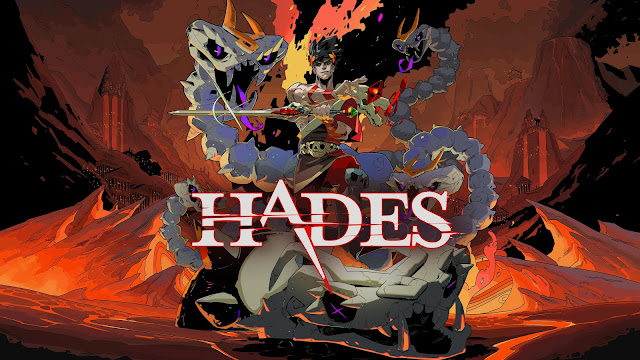 The main gameplay loop of Hades has players accompanying Zagreus in his many attempts to escape the Greek underworld. In this rogue-lite adventure, every failure (and success) advances both player skill and story. Hades has a way of making every failure feel meaningful, never frustrating. This is a title that excels in nearly every aspect of the medium. From the divine voice acting and masterful storytelling to the brilliant visuals and finely crafted gameplay, this game exudes quality and should not be missed.

From the moment I booted up Hades, I could tell I was in for a treat. In traditional Supergiant style, the game has a gorgeous art style. Each environment is distinct; from the House of Hades to the Temple of Styx. Supergiant’s stylish characters and levels are still captivating after over eighty runs. The developer was aware of the repetitive nature of the genre and instilled within Hades the gift of variety. Though running through the same gorgeous levels repeatedly is the hook of the game, every attempt feels different due to the variability of boons (power-ups from different Olympian benefactors) and the players' choice of weapon. Not only are there six unique weapons, but each one has various aspects to be unlocked which creates even more layers to the gameplay. For instance, the Heart-Seeking Bow's standard attack shoots a single charged up arrow and its special attack is a volley of arrows that shoots in a V formation before Zagreus. If the aspect of Chiron is equipped, every enemy struck by a standard attack gains a target for the special attack, turning that V formation into a volley of homing arrows that follow said enemy. Combo that with a certain character’s freezing boon and I would instantly put my enemy in stasis, allowing for more time to strategize when clearing a room.

In addition to the selected weapon, Zagreus also has access to his “cast”, an ability that shoots at enemies and can be leveled up (via Nyx’s Mirror of Night) and equipped with boons to have extremely different effects. An upgrade from the king of Olympus has Zag’s cast become a ball of electricity, chaining lightning between enemies, while a blessing from Dionysus sees that cast create an area effect that stuns enemies intermittently. The combination of different weapons, boons, Daedalus upgrades, and aspects make each run feel fresh. 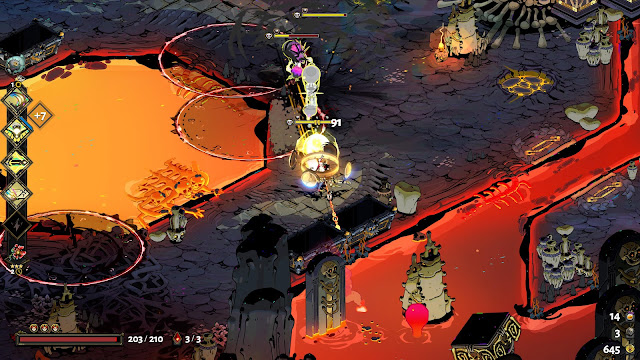 What extends Hades’ longevity even further is the sheer amount of unique dialogue for each character. Offering any character nectar, whether it be Chthonic deities, Olympian kin, or shades of the underworld, results in an increased bond which leads to more conversation from any given character. In addition, each event encountered or surpassed may trigger a special dialogue with certain characters. This makes Hades aware of itself, like a unified composition where everything feels like part of the whole with nothing included for the sake of padding. Such a numerous amount of voice-overs and unique writing was an impressive inclusion that elevated the entire experience. After clearing the main story (about ten completed runs), I assumed the unique dialogue would dissipate soon after, but there was still so much the game had to give. It took the span of around eighty runs before I saw repeated dialogue from one of the bosses. This made me a bit sad, but also grateful for all the content Supergiant had created for the player.

Hades is a retelling of one of my favorite classic Greek myths with a Supergiant twist. Zagreus, son of Hades, wants to discover why his lineage has been hidden from him. While Zagreus is the biggest straying point from the myth, the character is an essential part of what makes the story work. Darren Korb lends his voice to the character and does a lovely job of bringing the cheeky young god to life. The casting for the rest of the gods and Greek denizens of Hades are impeccable. Cyrus Nemati’s portrayal of Theseus offered great comedic relief in the middle of each escape attempt.

The game’s soundtrack elevates every enemy encounter and increases the tension during fights while also causing relief when the heat dies down. My favorite song, “Good Riddance”, performed by Eurydice (Ashley Barrett) occasionally occurred on my treks through Asphodel. I would put my controller down and listen to the beautifully executed performance every time I entered her chamber and let the tune entrance and calm me during an otherwise adrenaline-fueled experience. Orpheus’ (Darren Korb) “Hymn to Zagreus” is a great showcase for Supergiant’s tongue-in-cheek humor. Without playing Hades, one could still appreciate what the soundtrack has to offer. 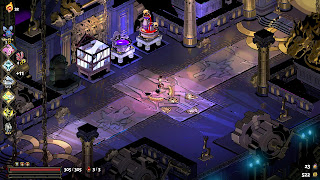 One of the things I respect most about Supergiant’s effort is their consideration for the player. After completing one run, I was given access to the Pact of Punishment: a list of additional challenges that increase the difficulty of the next escape attempt. One of these challenges adds a timer. Instead of keeping the clock ever ticking, Supergiant made sure to pause the timer if the player wanted to use a fishing spot, take a moment to select which boon they wanted, engage in conversation, or whenever they enter one of the respite chambers. Having trouble with the game? Turn on God Mode for a damage resistance buff that increases after each defeat (incurring no penalty to the player’s ability to unlock in-game items or trophies/achievements). Is the game getting too easy? Raise the heat level and increase the challenge in unique ways instead of making enemies mere bullet sponges. Hades puts the players’ needs and wants front and center, making for very few incidents where I wished things were different.

My lengthy playtime consisted of a few glitches, one of which occurred at the end of a thirty-two heat run (very high difficulty). The game didn’t offer me the item I needed to advance at the end of the run. I was pleased with my progression and boons during that attempt and was disappointed when I was forced to restart without a chance at the final boss. There were also a few times when I was unable to cure my poison despite depleting the antidote basin. This contributed to a few failed runs that exacerbated my irritation from combatting enemies with a poison mechanic. Though I loathe any sort of poison-inducing enemies, Hades makes it as bearable as possible—except the few glitches I encountered—by keeping the antidote a few dashes away. 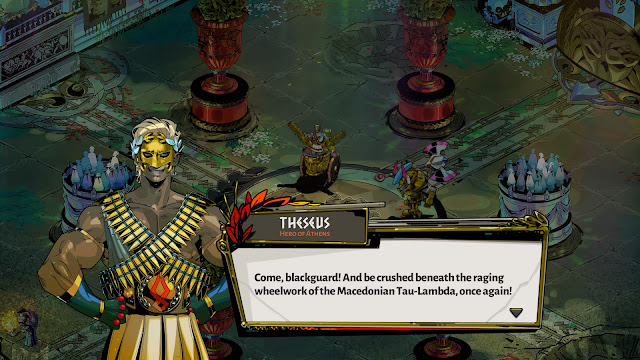 When looking at Hades in its entirety, the few minor flaws I encountered didn't do much to alter my overall enjoyment of the title. In a sub-genre known for its difficulty, Hades never feels like a Sisyphean task. Every success and failure brings the player closer to the truth and every run made me love the game more. This game is a complete experience. It's the perfect example of a studio figuring out its purpose and leaning into development with every trick they’ve learned along the way. I find Hades to not only be Supergiant’s best game but one of the best video games of the last decade.
The Math
Objective Assessment: 9/10
Bonus: +1 for incorporating fluid sexuality seamlessly. +1 for additonal additional storylines to some of my favorite greek myths.
Penalties: -1 for ending my best run with a technical bug. -1 for poison mechanics at the end of each run.
Nerd Coefficient: 9/10
Posted by: Joe DelFranco - Fiction writer and lover of most things video games. On most days you can find him writing at his favorite spot in the little state of Rhode Island.
Orignally post: https://josephdelfranco.wixsite.com/pforp/post/hades-review
Posted by Joedelfranco at 12:00:00 AM