'The Wheel of Time' is an interesting exercise in adaptation

TV networks are searching for "the next Game of Thrones," but The Wheel of Time is playing a different game 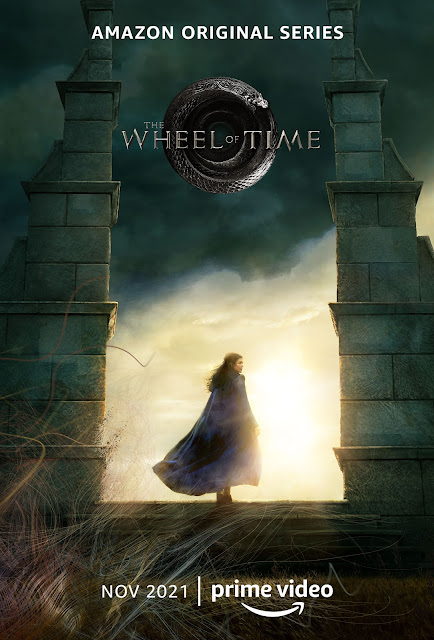 After the colossally successful era of Game of Thrones (and its just as colosally divisive final season), it was to be expected that producers would scramble for something to keep feeding an audience still hungry for Medieval shenanigans. An earlier attempt by MTV to make The Shannara Chronicles the next hit resulted in failure (a big part of which can be blamed on the less than stellar source material), while Netflix seems to have struck gold with The Witcher, now on its eagerly awaited second season. In a strange turn inward, both Game of Thrones and Lord of the Rings have spawned prequel shows, a sign of risk aversion that runs contrary to the adventuring spirit of high fantasy. We can wish them well, for the sake of all artists involved, but the risk of Westeros and Middle Earth burnout cannot be left unmentioned.

Robert Jordan wrote the series of books that comprise The Wheel of Time more or less at the same time as George R. R. Martin started writing A Song of Ice and Fire,  but they are radically different responses to Lord of the Rings. Tolkien's theme of power as a corrupting influence is taken by Martin to ghastly extremes, with hardly any character in Westeros being fully free of the poison of ambition, whereas Jordan did something arguably more interesting: in his world, it's not that power per se is bad; rather, power has been corrupted, and it needs to be saved.

Jordan worked with this metaphor by dividing magic into masculine and feminine halves, and adding a backstory that resulted in masculine magic being tainted and incontrollable. This runs into an essentialist can of worms, on which enough has been commented, but the TV adaptation by Amazon Studios is doing a laudable job of lifting the female characters out of their simplistic archetypes. On another day, we could have a longer discussion on what it means for power to be so rigidly aligned with gender, but since this is already the source material Amazon is working with, we need to ask a different type of questions: what insight on power does a high fantasy show have to convey to current audiences that hasn't been explored by Game of Thrones in gory detail, and what deep truth about humanity can be expressed in a fictional world where masculine power is inherently harmful and deserving of suspicion?

The status quo we find in The Wheel of Time is one where women have been at work trying to repair the world while keeping masculine power in check. This feels like an unstable state of affairs, one imposed temporarily to give the world a chance to heal while people figure out what to do about men. In-universe, this period has lasted for thousands of years, but people are not satisfied with the way things have turned out. It's as if we envisioned a hypothetical future where patriarchy has been dethroned, but things are very much in flux, because a new, lasting structure for social organization has not yet been reached. As much harm as patriarchy is capable of causing, a world where an entire half of the population are viewed as dangerous is not a viable model of society. The journey of restoration that takes place across The Wheel of Time is about finding a way to reintegrate masculine power without throwing the world into darkness. This is a break from recent treatments of related themes. Where Game of Thrones consistently punishes characters for not being cruel and manipulative enough, and The Witcher repeats all the time that humans are the real monsters, The Wheel of Time trusts humans. It's not certain that the world can be fixed, but if anyone's going to do it, it's us.

To properly explore this theme in the 2020s, the first season needed to shed many elements from the original novel The Eye of the World that are no longer as well received as they were in the 1990s. There is less emphasis on traditional gender roles, less hyperfocus on a single protagonist, and less dependence on fate to propel the narrative. In the TV version, the key choice by which our hero Rand saves the world hinges on respecting female autonomy. That is an apt test of character for a male hero in the world of The Wheel of Time, and a smart move by the screenwriters, because, according to the rules set in the novels, masculine magic requires asserting one's will to dominate the flow of power. A quiet family life may be what Rand wants the most, so his true moment of heroism, at the easily suggestible time when he's just learned to wield masculine magic, is the realization that he doesn't want that life if it means superimposing his will over his beloved Egwene's aspirations.

In other words, the story trusts a male character to be responsible and considerate in his use of power. That's a level of humanization that was too often missing in the exhaustingly bleak Game of Thrones. This is not the horrible Dung Ages of impassive tyrants and cutthroat cunning; this is a more enlightened world that is actively in search of healing. The Wheel of Time is gritty, but not grim; and even when it deals with darkness, it does not revel in it. This is a world that used to have advanced technology and peaceful governments, so it is known for a fact that a less cruel life is possible.

However, the path to restoration is anything but easy. The subsequent novels in the series deal with intense scheming and backstabbing within the Aes Sedai sisterhood of witches, as well as the standard amount of palace intrigue between ruling houses. In the first season we get but the briefest glimpse of the entanglements of power play in this world, but so far it doesn't have the normalized dog-eat-dog mentality that made life so dreadful in Westeros.

The Wheel of Time is consciously setting some distance from the show that defined fantasy TV for the last decade, and that's for the better. It is a more hopeful, more empathetic look at the weaknesses of humanity. It benefits from a beautiful choice of shooting locations and a believable cast of heroes whose struggles and frictions are handled with the due maturity. This season is a very good start, and a very good promise for future seasons.

Bonuses: +2 for the brilliant casting of Rosamund Pike, who delivers a precious mix of compassion and toughness, of mystery and vulnerability; +1 for making a sincere effort to update 1990s gender politics to today's sensibilities; +1 for the ethereal feel of Lorne Balfe's soundtrack.

Penalties: −3 for building up to a huge final confrontation that turned out to be inexplicably anticlimactic.