A Co-op Delight; Honey We Shrunk Ourselves meets [Insert any RomCom Here] 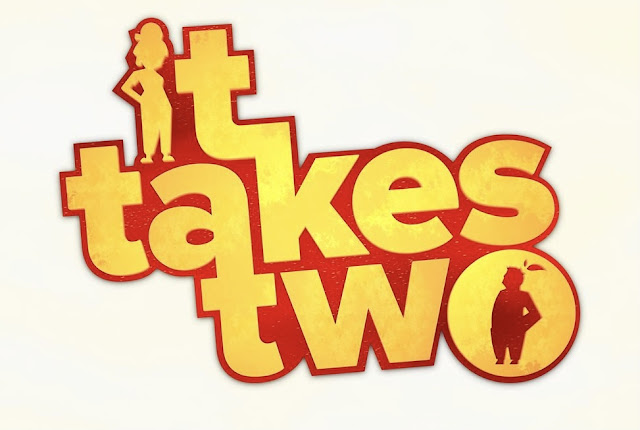 The Game Awards Game of the Year winner, It Takes Two, asks two players to come together to repair an ailing marriage. In many relationships, poor communication causes the initial bond between partners to break down. Therein lies the crux of the conflict with It Takes Two. Cody and May, fed-up with their relationship, cause their daughter Rose much distress. Rose consults Dr. Hakim’s Book of Love to help bring them back together. With her tears, she binds her parent’s souls into two wooden dolls. Now it’s up to the players to help the protagonists get out of this mess and back to their bodies. 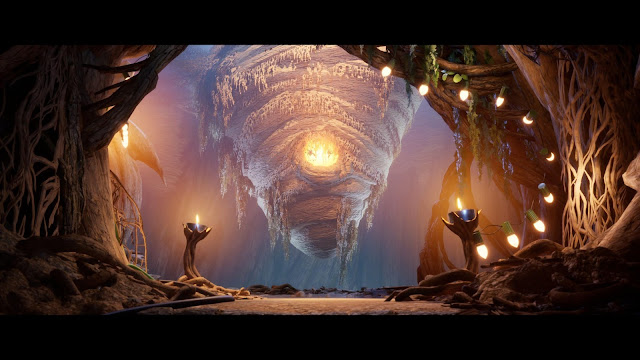 It Takes Two is a mandatory co-op game. Hazelight Studios created a free downloadable pass so that a player who hasn’t purchased the game could still play with a friend who purchased a copy, a genius move. Through clever yet simple quest and level design, Josef Fares’ vision of returning to the couch co-op days of old has paid off. My girlfriend, who was my partner throughout this adventure, hasn’t played many modern games, and she took on the controls with relative ease. Except for a few glitches, there was nothing we couldn’t solve with some solid communication.

Though the aesthetic of each level feels like they were created for the sake of variety, they present varied gameplay that keeps the game from stagnating. The levels flow sequentially in a comprehensive manner and are beautifully detailed. In one level we found ourselves in a toolshed, retrieving parts for a damaged hammer, and in another, we’re off in space fighting Moon Baboon. Most of the gameplay segments last just long enough that they don’t overstay their welcome. It Takes Two covers all kinds of genres over its runtime; platformer, hack and slash, third-person shooter, and even a rhythm segment are included. 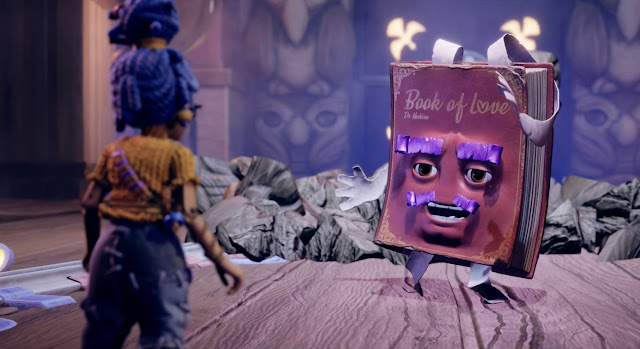 In addition to a consistent flow of different video game genres, Hazelight Studios did a wonderful job in ensuring that the gameplay maintained asynchronous tasks for each character. This guarantees two things. The first is that each player has to consider the abilities of not only their character, but of their partner's as well when attempting to solve a puzzle or overcome an enemy, and the second is that it keeps a second run feel fresh in a game with otherwise low replay value (which in this humble reviewer’s mind doesn’t carry much weight, but is nice to have regardless).

Both characters have the same basic controls; jumping, walking, and running are identical for Cody and May. I don’t know who decided to give Cody such a ridiculous running animation, but I thank them for it. Where the characters’ controls differ is in level-specific gear. For instance, one of the earlier segments sees Cody receive some nails that can be thrown and retrieved (think the Leviathan Axe in God of War) while May gets a hammerhead. Cody can throw the nails into specific surfaces that May can then use as platforms to swing from with her hammerhead. Most co-op segments hit the mark well and make both players feel accomplished when a puzzle has been solved. 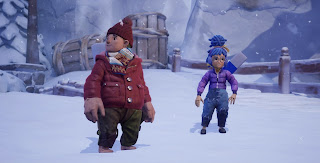 May and Cody’s animations serve the characters well in representing their out-of-body avatars. When in human form, however, not so much. The uncanny valley effect is especially present in their daughter, Rose, who, for some reason, seems like a weird robotic child. It felt as though the developers had never been around a human child, making me feel less sympathy for Rose’s plight. Cody, May, and Dr. Hakim provide great foils for each character and their banter plays well, but Rose seems like a dead fish that sometimes kills the mood when she becomes the focus of a scene.
Many times throughout the game, Dr. Hakim reiterates that cooperation is the key to getting Cody and May back to their bodies. The gameplay heavily represents this mantra and stands as one of the two pillars for the narrative, the other, as relayed through the cutscenes and dialogue, is about reigniting their romantic spark. As May and Cody repeatedly fumble their chance at freedom, the narrative’s pace moves along steadily, even if the end comes sooner than I expected.

For those players that enjoy a little competition in their co-op games, It Takes Two has that covered as well. Many two-player mini-games sprinkled throughout each level see May and Cody play against each other for a fun little distraction from the main campaign, from chess to shooting galleries, the variety keeps the side content engaging.

It Takes Two has serviceable mechanics that usually do what you want them to. The platforming works well, though it’s no Mario. Once in a while, we would encounter a glitch with the mechanics; a missed rope swing, or a missed grind connection that caused a death. One time my girlfriend got caught under the floor during a boss sequence and I had to finish it off by myself. It was so distracting that I can’t quite remember who or what the boss was, just that I was looking at both screens trying to figure out a way to get her back into the fight. These weren’t game-breaking by any means, as It Takes Two respawns players quickly (even quicker if you can tap the Triangle/Y button quickly) after a death, user error, or not. 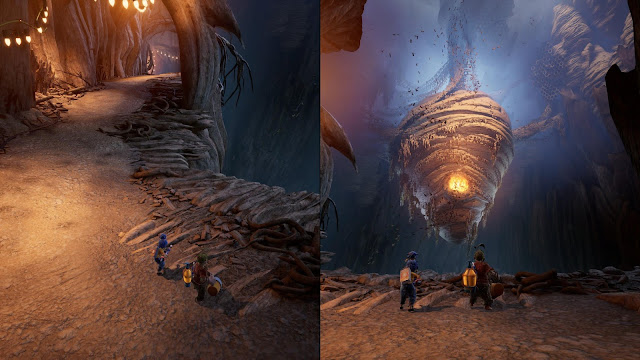 Small animation issues and infrequent bugs aside, most of It Takes Two delivers an enjoyable experience for both players involved. I haven’t enjoyed a co-op adventure this much since Portal 2. Though the ending seems inevitable, the journey is more than worth the time invested. From fighting corrupt flowers in lush gardens to combatting talking war-hardened squirrels, the simple premise of making love work through fun and cooperation is embodied in every facet of It Takes Two. The game delivers memorable cooperative fun, so grab a friend or partner, a controller, and one copy of the game. You’re in for a good time.
The Math
Objective Assessment: 9/10
Bonus: +1 for creating clever puzzles and conflicts that consistently keep the game fresh, +1 for free pass to play with a friend.
Penalties: -1 for technical issues, -1 for incredibly predicatble story, -1 for sometimes faulty mechanics.
Nerd Coefficient: 8/10
Posted by: Joe DelFranco - Fiction writer and lover of most things video games. On most days you can find him writing at his favorite spot in the little state of Rhode Island.
Posted by Joedelfranco at 12:00:00 AM