Nanoreviews: Grievers, A Master of Djinn 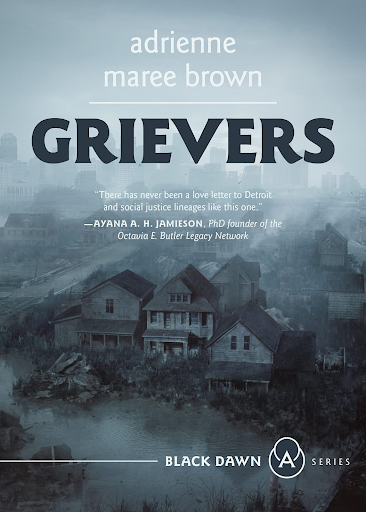 Grievers is a short novel (or long novella?), kicking off a new fiction line from publisher AK Press - whose non fiction I always find super engaging (and I'm always here for a fellow adri!) And it's a tough, slow heartbreak of a book that demands a lot from its reader: the ability to watch a young woman go through tragedy and loss over and over again, the need to respect her decisions, and above all the ability to engage with the novel's perspective on Detroit, in all its complex facets. It is also a pandemic novel, and although the dynamics of its pandemic are pretty different to our present reality (it's unexplained and invariably fatal), the way in which the disease disproportionately hits marginalised communities - in the novel's case, specifically Black people - is very familiar.

The pandemic in Grievers is grief, or something that looks like it: an illness with no known contagion mechanisms, that only affects Black people in Detroit, which sends them without warning, in the middle of ordinary activity, into a catatonic, pain-stricken state. Dune, a queer mixed-race Black woman, has to live through her mother becoming patient zero of this new disease, and without health insurance she is forced to discharge her mother from the hospital early and try to take care of her at home - eventually burning her in a backyard cremation ceremony. From that initial loss, we follow Dune through an increasingly desperate existence as the illness takes over Detroit, and everyone with the means to do so leaves the city. Taking up the activism of her mother and grandparents, Dune begins to chronicle and map out some of the pandemic's effects, while caring for her very ill grandmother and facing the realities of survival. The trauma is relentless, but it doesn't feel voyeuristic or exaggerated; this is a bleak book, but it knows exactly what its doing. Similarly, Dune's decision to stay in Detroit despite the crushing loneliness and threat of illness feels natural to her character, even as we might not understand it as readers. There aren't any answers here - the closing scene is a barely flickering candle against the darkness of the book's premise - but this is a novel with a lot to say regardless, and definitely one to engage with for those looking for outstanding political speculative fiction. I'm going to be watching AK Press' fiction with great interest. 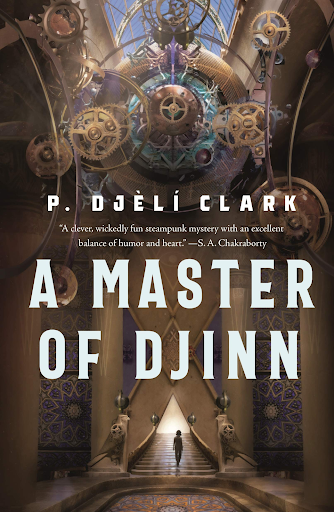 I was expecting a delight going into this novel and Clark's first full-length foray into the "Dead Djinn" universe does not disappoint. Set in an alternate steampunk-y Cairo where djinn and other magic was unleashed in the human world a few decades ago (turning the tide of colonialism and catapulting Egypt into a powerful independent nation in the process), we follow Special Investigator Fatma of The Ministry of Alchemy, Enchantments and Supernatural Entities as she and her new partner - and some returning friends and Fatma's awesome, mysteriously powerful girlfriend Siti - try to unravel the mysterious murder of a group of British cultists, and the rise of an individual claiming to be Al-Jahiz, the sorcerer who unleashed magic in the first place.

Regular genre readers will know Fatma from the Tor.com story "A Dead Djinn in Cairo", and A Master of Djinn is very much a direct sequel to that story, to the point where several character beats and items will feel very two-dimensional to readers who haven't experienced that story (it's short and free, and I don't understand why Tor didn't include it in at least the US edition of the book!) Taken as a sequel rather than a series starter in its own right, A Master of Djinn blends its police procedural elements, its magical worldbuilding, and its character work in very satisfying ways, deepening the relationship between Fatma and Siti, giving Fatma a new foil in Hadia, her butt-kicking hijabi partner who gets to call her out on a whole lot of internalised sexist "I work alone" nonsense, and really exploring how the shadow of Western imperialism still looms over this version of Egypt even as the balance of power has shifted away from Europe. Figuring out the mystery a couple of chapters before Fatma was satisfying, but didn't dampen the fun of the climactic chapters. Excellent stuff.