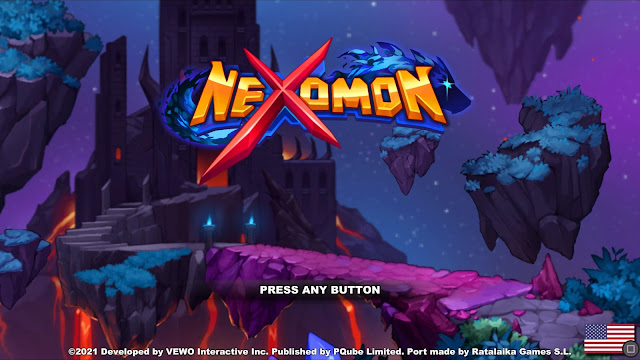 If imitation is the sincerest form of flattery, then Game Freak must feel LimeTurtle Inc’s puckered lips against their perfectly manicured toes. Nexomon is a blatant Pokémon ripoff that does its best to meticulously adapt its story to the classic monster-collecting formula, but in the process loses many potentially unique traits.

In Nexomon, you play as a young tamer on a journey to follow the Nexolord and put a stop to his evil deeds. The Nexolord plans to resurrect the original nexomon, Omnicron, who is hellbent on destroying mankind and it’s the player’s responsibility to discover why. Aided by Atlas, your robot friend who tells awful jokes and isn’t given much backstory besides that he was created that day, you embark. 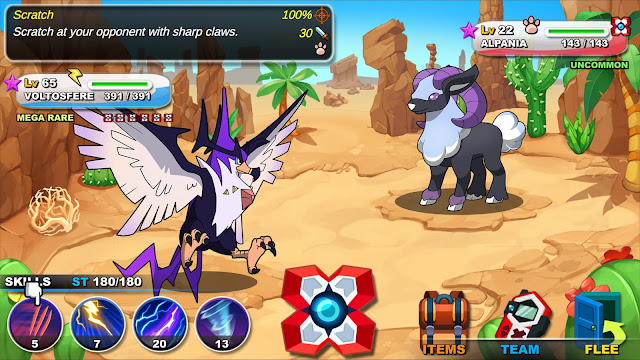 I won’t lie, the sound editing, voice acting, and stilted dialogue are laughably bad most times and endurable at best. The few narrated sequences made me cringe, and the repeated use of the same booming explosion sound effect grated against every fiber of my being. Considering the first exposure the player has to Nexomon is a narrated backstory, one would think that the intro would do its best to draw the player in, but instead invites thoughts of mediocrity. The game then proceeds to follow up on that with a mediocre experience. 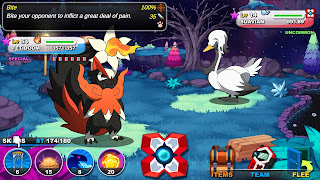 This isn't to say that Nexomon is all bad. The art style works well for the game and is reminiscent of the older 2D Pokémon games. There aren’t any pesky HM’s that lock you into certain monster choices, which is wonderful. Many of the monster designs are magnificent and unique, though some are obvious copies of well-known Pokémon, and some are quite ridiculous or uninspired.

Instead of following the traditional Pokémon template of eight gym leaders followed by the Elite Four, Nexomon employs the Nexolord’s overseers and champions. The overseers are Nexomon’s version of gym leaders, and the champions are similar to the Elite Four. In lieu of having to obtain badges, the player must find each overseer for more information on the Nexolord. Some overseers are friends and some are foes, the champions are all enemies and frequently jump into the narrative for a surprise fight. This alters the traditional pace of the Pokémon plot blueprint but doesn't create any meaningful change to the genre.
But what about the collecting aspect? Well, Nexomon does a decent job here. Every monster can be found in the wild, which reduces some of the challenge and variability when obtaining unique monsters. There is no trading aspect, which is nice for completion-oriented players who don’t have access to the internet or who do not wish to include others in their play sessions. Everything in the game can be acquired alone and with one copy of the game, a fresh change from the many Pokémon games that force you to buy two copies or find a friend who also owns a copy of the opposite version. 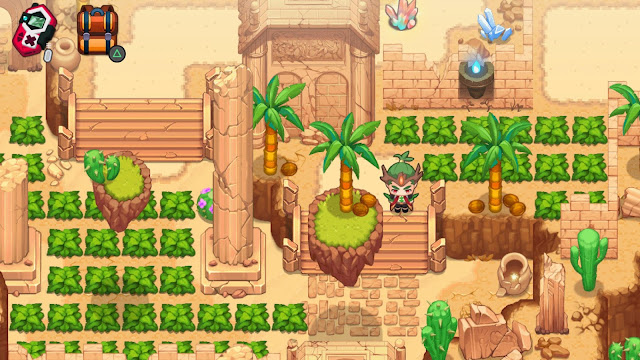 There are two types of nexomon traps: regular and gold. A regular nexotrap is similar to a Pokéball while the gold is like a Master Ball. There is no in-between. Golden nexotraps are scarce throughout the main game but are littered throughout the postgame. This removes the challenge of catching the end-game legendaries. Speaking of legendary monsters, by the time you’re able to catch them, the incentive to level them up and use them is nil. They become simple database (Pokédex equivalent) fillers, which is quite unfortunate because I enjoyed some of their designs. Legendary monsters felt like an afterthought which was a shame and a massive misstep by LimeTurtle Inc. 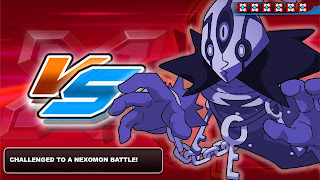 The UI is the worst aspect of this game. There are no options to remove battle animations (though thankfully they are quick) or speed up text. The database is a nightmare. There is no sorting whatsoever. Imagine trying to find one in three hundred-ten monsters without any filter. It’s odd because you’re somewhat able to sort through your nexomon inventory, though the options are limited.

Nexomon is an incredibly easy game. There are only seven types of monsters, each has two strengths and two weaknesses versus other types (except the normal type which is neutral). There are no dual types for more complex matchups, so everything is straightforward. It’s also easy to over level your monsters and wipe everything out without a second thought. There are no badges or level requirements to prevent your monsters from disobeying you, so you are free to train to your heart's content with no repercussions. The game does allow a tamer’s monster to attack if it’s relieving a fainted ally. This creates a different strategy from Pokémon games where the battle is reset upon the entry of a new monster. I appreciated this difference, as it made me have to change my monsters out more frequently than in the traditional Pokémon battle system. Unfortunately, it wasn’t until the end game that I actually needed to employ any strategy, as the main game was undemanding.
While many aspects of Nexomon are underwhelming, the game as a whole is a functional alternative to those who have exhausted all of their Pokémon options. The collectible aspect is enjoyable, and the ability to choose which attacks your monster can have equipped at any given time is a great option (even if the UI behind choosing said attacks is awful). In the end, I enjoyed my time with Nexomon even if I sometimes wished it would get out of its way. If there’s a Pokémon game you haven’t played yet, I would recommend that over this. But for ten bucks, you could do worse than Nexomon.
The Math
Objective Assessment: 4/10
Bonus: +1 for some cool monster designs, +1 for allowing players to catch all monsters without a second copy of the game, +1 for no HMs.
Penalties: -1 for awful UI, -1 for not using the deviation from the traditional formula to any meaningful effect, -1 for being overly simple.
Nerd Coefficient: 4/10
Posted by: Joe DelFranco - Fiction writer and lover of most things video games. On most days you can find him writing at his favorite spot in the little state of Rhode Island.
Posted by Joedelfranco at 12:00:00 AM