Welcome to another monthly installment of Thursday Morning Superhero.   This is normally the time of year that I am working on my San Diego Comic Con trip, but thankfully the convention has once again been postponed.  SDCC is, however, hosting a smaller in-person event in November in an attempt to generate some revenue.  That is not a trip that I will be making, but hope that those who elect to go are safe and have a good time. It will be interesting to see how and if studios scale back their convention presence in a post-COVID world. 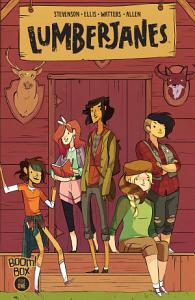 Despite slowly making my way through the Fairy Tail manga, I managed to finally start reading Lumberjanes years after picking up the first graphic novel.  Lumberjanes is an absolute delight and I cannot wait to continue reading more in this series and see how the characters grow. After finishing the first book, I picked up volumes two and three and hope to read them this weekend. My 11-year old is also enjoying this one and will likely get volume four in her Easter basket.

While I haven't taken the four hours to sit down and watch the Snyder Cut, it is still on my list of movies to check out.  I think I have about a 10% chance of following through with this threat, but I won't officially back down yet. Now that Wandavision has wrapped up, my family has moved to The Falcon and the Winter Soldier and have enjoyed the first three episodes. There may be too many concurrent storylines at the time being, but I am hopeful they will get the attention they deserve by the end of the series. I am very intrigued by how the show will continue to handle John Walker and am flabbergasted that the series features five different characters who have wielded the shield at different points in the comics. It feels like a small screen version of the Marvel Cinematic Universe, it wouldn't rank as one of my favorite entries in the MCU, and I think it's great.  There are some nice Easter eggs sprinkled throughout, the action is fun, and it is the perfect show to watch on a Friday evening. 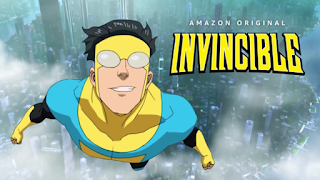 Another show that I just checked out is Invincible.  Based on the comic book series from Robert Kirkman, Invincible appears to be a contrived trope with nothing unique to offer.  After watching the first episode it is clear that this is not the case.  This is not a show I have watched with the entire family and is definitely not one I would recommend watching with children.  There are so many positives going for this series that you might want to start streaming it immediately. I thoroughly enjoyed the source material for this one, the voice cast that has been assembled is one of the best casts ever for a show, and I love that they adapted this as a cartoon and did not go the live action route. Amazon dropped the first three episodes last week, and as my friend who introduced me to this series said, I am giddy.