Nick Martell started writing novels in fifth grade, and his debut novel, The Kingdom of Liars (summer 2020), sold when he was 23 years old. Currently, he lives outside Allentown, PA.Today he tells us about his Six Books
1. What book are you currently reading?

I’m currently reading Chosen Ones by Veronica Roth. It’s got a cool concept of what happens to the chosen ones after they defeat the Dark Lord. In stories, I think we sometimes focus so much on the adventure that we kind of forget what happens after the spotlight stops shining on the heroes. Do they return to their ordinary lives? Can they cope with the dark things they’ve done to win a war? Do they even remember what normal is? Chosen Ones does a good job of exploring what happens after the supposed happily-ever-after and what the heroes do next. Whether that’s running away from past problems or stepping into more of them to fill the void their previous adventures left behind.
2. What upcoming book are you really excited about? 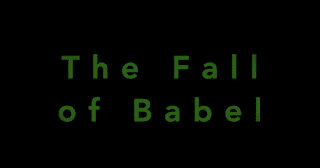 I’m pretty excited for The Fall of Babel by Josiah Bancroft. It’s the concluding entry to the Books of Babel series, and I can’t wait to see what happens. Josiah’s prose always blows me away. He’s got a way with words that makes me read slack jawed at the simplicity and beauty he’s achieved. I can’t recommend the series enough.

I’ve been thinking about rereading The Library at Mount Char by Scott Hawkins for some time now. I thought it was brilliant the first time I read it and the farther I’ve gotten away from that initial read, I just think about it more and more. The characters in it were fantastic as was the world Scott built. And its first line is just so perfect. If you don’t know it, it’s: “Carolyn, blood-drenched and barefoot, walked alone down the two-lane stretch of blacktop that the Americans called Highway 78.”

Doesn’t that just make you want to dive into it? It’s only gotten better with time and is one of my favorite books of all time.
4. How about a book you’ve changed your mind about – either positively or negatively?

Oh, this is a hard one. But I think the one that immediately jumps to mind is Moby Dick by Herman Melville. I tried reading it once when I was in High School and bounced off it so hard that it might as well have been elastic. But, years later, in college I took a class on it and other famous classics and found it really compelling and unique. There are times its a play, a historical look at whaling, an intense adventure, and so many other things that it’s hard not to be impressed by the sheer scope of it.

I’m going to cheat here and rather than choose just one book say the Deltora Quest series by Jennifer Rowe [pseudonym: Emily Rodda]. I don’t remember when exactly I read them—fairly young I think—but they were one of the initial book series that inspired my love of reading fantasy. I can still remember those gemstone covers, the final twist, and the arc of the protagonists. When I was a kid, I used to be obsessed with them and went to so many bookstores, libraries, and honestly anywhere that sold books to try and find the whole series.

One of the books—The Shifting Sands—I remember not being able to find anywhere and debating for a long time whether I should skip that one and continue with the series since I had the rest or keep holding out hope I’d find it soon. I ended up skipping ahead simply because I couldn’t wait to read the others. They were so good! And the follow up series after the initial one was just as enthralling to a young reader. I’m not sure I would have learned to love to read without that series, so it’ll always have a special place in my heart.

Alright! So lemme tell you about Michael Kingman: the king of the imbeciles, dragonslayer, king killer, and honestly the farthest thing from a chosen one you can find in modern day fantasy. The Two-Faced Queen is the continuation of his story after narrowly escaping certain death only to discover his quest for the truth is far from over. Especially when his childhood crush and current heir to the throne, Mercenaries with political immunity to commit crimes without punishment, assassins, serial killers, and a bunch of literal and figurative monsters all are after with him a vengeance.

It’s awesome because I think it’s a new take on fantasy heroes. Michael was created to almost be an anti-protagonist that doesn’t exemplify a lot of the normal tropes. He has a deep ingrained distrust of men, routinely gets made fun of, teaches himself magic without a mentor, and is a liar who ends up turning a lot of his exaggerations into reality through hard work and persistence. I’m pretty proud of this book and hope readers will enjoy it just as much.
Thank you, Nick!
---
POSTED BY: Paul Weimer. Ubiquitous in Shadow, but I’m just this guy, you know? @princejvstin.
Posted by Paul Weimer at 10:00:00 PM