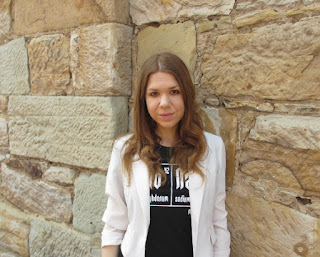 E. J. Beaton is the author of the fantasy novel The Councillor, published by DAW Books on March 2, 2021. She has previously published a poetry collection, Unbroken Circle (Melbourne Poets Union), and has been shortlisted for the ACU Prize for Poetry and the Ada Cambridge Poetry Prize. She studied literature and writing at university, and her PhD thesis included analysis of Machiavellian politics in Shakespearean drama and fantasy literature. She lives in Melbourne, Australia. Find out more about E.J. Beaton online at ejbeaton.com.

Today E.J tells us about her Six Books:

I’m reading Vesper Flights by Helen MacDonald, a collection of essays about the natural world and humans’ interaction with it. It’s very timely, when the need to tackle climate change seems more urgent than ever. I found MacDonald’s H is for Hawk to be a beautifully-written study of grief, and her sharp and insightful observation carries into this book.

Viet Thanh Nguyen’s The Committed, the follow-up to The Sympathizer, is coming out very soon. The Sympathizer gripped me – it’s part literary black comedy, part political-historical thriller – so I’m nervously anticipating the sequel. Suyi Davies Okungbowa’s Son of the Storm has also got me excited – it’s about a scholar, and focuses on uncovering suppressed history, so I’m guaranteed to pick it up. I’m planning to catch up on Aliette de Bodard’s recently released Fireheart Tiger, too.

Piranesi by Susanna Clarke is calling for another read – a book worth returning to sooner rather than later. The story excelled in showing the slow process of emerging from a devastating mental struggle, the weight of an unsettling emotional experience, and the blurring of time during confinement.

The story and its mystery are skilfully constructed, but what compelled me most about Piranesi was the protagonist’s psychology. The novel offers a rich portrait of someone who still sees the world in a gentle and kind way, yet does not get an easy journey in life. There’s a lot to appreciate for those who have experienced grief, trauma, or chronic illness; it’s rare to encounter a story like this where healing isn’t quick or perfect, but where the tone still remains hopeful.

The first time I read Hilary Mantel’s Wolf Hall, I didn’t like the author’s deliberate style of using the pronoun “he” to refer to the protagonist. It’s one of the most frequent reader complaints about the novel; people reacted strongly to the unconventional writing style. But on my second read, I began to warm to it, and to understand how it enabled me to slip into the character’s psychology. Now, it’s one of my favourite books of all time.

So often, when we encounter a slightly different artistic style – or anything different, really – we bounce off it and feel afraid that we don’t understand it. But with a little patience, I’ve noticed, that new thing can open up an interesting way of seeing, of thinking, of feeling. When I’ve gone on a journey to understand and appreciate a creation, I love it even more than if I’d understood it quickly. That was certainly my experience with Wolf Hall.

My parents gave me books on the Greek and Norse myths when I was very young, and the characters in those stories sparked my imagination. The Greek goddesses like Hera and Athena had the complexity of real people – they raged against their enemies, they made mistakes, and they changed the course of events by interfering. In the Norse myths, I was drawn to Loki’s alternative model of masculinity: this shape-shifting, gender-shifting character who was an outsider to the collective of immortals. In the Iliad, too, I was fascinated by the way that individuals’ motives were so personal even in a grand-scale battle; the characters prioritised love, anger, revenge, and greed above their duties.

The range of characters in those myths influenced me because I could see powerful and complicated people with different genders and backgrounds. I also loved that there were flawed people at the heart of these epic, fantastical stories.

My debut epic fantasy novel THE COUNCILLOR is a story about a scholar, Lysande, who becomes tasked with choosing the next monarch of Elira. Lysande tries to make the right choice from among the city-rulers of the realm. At the same time, she suspects that one of these rulers may have murdered the late queen. Since she enjoyed a close friendship with the queen, unravelling the mystery gets personal.

I’d describe it as a character-focussed story about power, with an intellectual as the main character. Although it’s a drama of political intrigue, it’s essentially the story of Lysande developing her confidence as a leader, grappling with her twin interests in power and justice, and struggling with very personal feelings about addiction, grief, and lust. I tried to stage the personal and political drama in a reimagined world, where things like gender and sexuality are equal, and so the novel engages with power, persecution, and class hierarchy in a slightly different setting.

It’s been described as a Machiavellian fantasy, and it does have a bit of a dialogue with Machiavelli!

Many thanks to anyone who picks it up. And thank you for featuring me on Nerds of a Feather.