I don't like summer, specifically, but usually reading makes it more bearable. Here's my summer reading list for 2020. 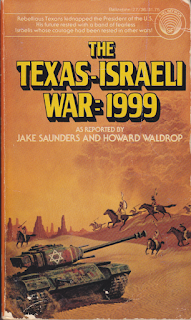 The Texas-Israeli War: 1999 by Jake Saunders and Howard Waldrop


What, according to Foreign Policy, constitutes "one of the most bizarre SF books ever written"? In a world pretty much demolished after Ireland spiced up the UK water supplies with LSD, causing spaced out British politicians to invoke nuclear armageddon, Texas has declared independence and kidnapped the president of the United States. The novel, AFAIK, tells about an Israeli squadron of tanks with nuclear reactors going in to save the president. Foreign policy promises punchy prose and a fair bit of sex and I hope that is what I'll get!

I've long been fascinated by works of Howard Waldrop, the short-fiction author best known for his Nebula and World Fantasy Award winning "Ugly Chickens" — I suppose that is why I happen to have this book on my shelf. Until sitting down to write this summer reading list, I had absolutely no idea who Jake Saunders was. But what do you know? Turns out he is the comic shop owner who famously campaigned against superhero comics featuring too subversive and unwholesome stuff, his key grievance being the realistically rendered childbirth in Alan Moore and Rick Veitch's Miracleman #9 in 1986 (not, for example, silly spandex violence). 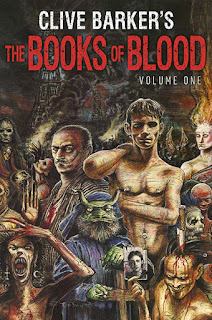 Books of Blood by Clive Barker


Summer is the season of bodies and flesh, so what would be a better time to read some horror stories about them? Books of Blood is Barker's series of collections of visceral horror tales that first made him famous. I have vague memories of reading "The Midnight Meat Train" here and "Pig Blood Blues" there as I have come across them in some anthologies, but I have never exposed myself to an actual Book of Blood in its entirety. About time! 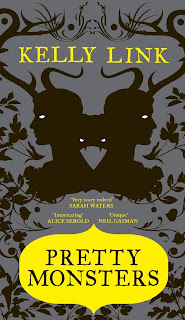 
Compensating for Barker's gorefest, a book with monsters who are a little prettier might be a good idea. I've read a bunch of fascinating stories by Kelly Link but haven't yet got to this beautiful book with black-edge paper, cool graphic design and illustrations by Shaun Tan. I believe it's a YA collection that repackages some stories printed in earlier Link collections Stranger Things Happen and Magic for Beginners as well as some that were not in them. 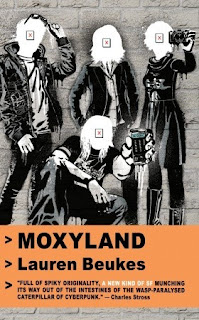 
Zoo City and Invisible Girls by Beukes are two of my favorite books I have read in a long time, and I'm literally itching to get my hands on her debut novel Moxyland. I expect it to be shorter, meaner, grungier and more cyberpunk-ish take on near-future South Africa with corporate wars, future tech and teenage riot. Hope I won't be disappointed. 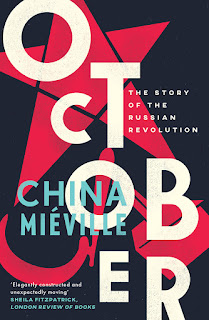 
Due to an academic project, I've been diving quite deep into the early years of the Soviet Russia and the later Stalinist purges. The October Revolution (which happened in November but they had a shitty calendar) is a colossal moment for the history of the 20th century, and I cannot think of a better person to reconstruct the eery, revolutionary world filled with great promise, brutal violence and intense future shock than fantasy author China Miéville. Even though his October is strictly speaking nonfiction, there's bound to be some genre atmosphere in here somewhere. 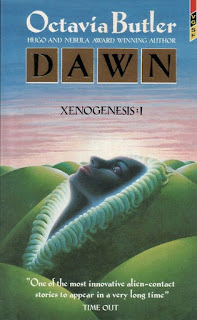 
Getting my hand dirty with Octavia Butler's works is something I have been planning to do for some time. It took some time and effort to hunt copies of the translations of Dawn, Adulthood Rites and Imago from used books stores — they are the only Butler books translated around this part of the world and they were published 30 years ago. Summer is a nice time for flexing some other language muscles as well.