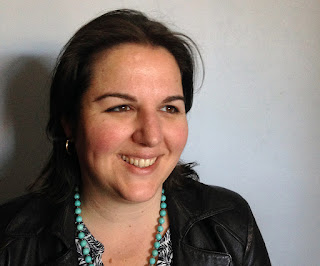 Kathleen Jennings' Australian gothic mystery novella Flyaway will hit bookstore shelves at the end of July.   The uncanny story takes place in a small town that is full of secrets.  A quiet young woman, Bettina, gets a letter from her vanished brother, starting her down a path of fuzzy memories, the blurred line between urban legend and folklore, magical weeds, people who talk (maybe) in riddles, nested stories, ambiguity and of course, family secrets. And somehow, Jennings manages to cram all of that into a novella!  If you are looking for a fast read that packs an eerie punch,  this could be your book of the summer.

To add to the magic, Jennings designed the gorgeous cover art of Flyaway, and she sketched her way through her story telling process. This is a woman who truly thinks in images, and I am in awe.  To better understand what I'm talking about, allow me to point you in the direction of this article Jennings' wrote at Tor.com where she touches on story telling through images, sketchbooks, and how the cover art of Flyaway came to be.  There is so much art-thought behind Flyaway, that at times I have to talk about the novella as a piece of fiction, and at other times I have to talk about it as a piece of art that is separate from a plotline.

Jennings' short fiction and artwork has won so many award and been featured in so many places that to be honest I don't know where to start.  Her cover art and illustration has garnered her three World Fantasy Award nominations, and multiple Ditmar awards (she even designed a Ditmar!). Her illustration clients include Subterannean Press, Tor.com, Small Beer Press, and Andromeda Spaceways Inflight Magazine, among many others.  Her short fiction has appeared in/is forthcoming in Strange Horizons, Tor.com, Eleven Eleven Journal, Lady Churchill's Rosebud Wristlet, multiple Year's Best collections, and multiple anthologies.


You can learn more about Jennings' writing and artwork at her websites, Tanaudel.wordpress.com and KathleenJennings.com and by following her on twitter, @tanaudel.

NOAF: Your new novella Flyaway is an Australian gothic family mystery, which you wrote while getting your Masters in Philosophy. What do Gothic style family mysteries have to do with Philosophy? How did this novella come about?

K.J.: An MPhil (Master of Philosophy) is a research higher degree - basically a half-size (Doctor of Philosophy). They can be in any field, and mine was in Communication and Arts (Creative Writing). Sometimes they're purely academic research, but mine was practice-led. That means I wrote a book to figure out a question, as well as writing a big research paper about it. I did an MPhil because I knew it was the right size for my research question, and because I didn't think Flyaway needed to be a long book. (I've got a new, bigger question now, so I've started a PhD this year).

The question I had for the MPhil was: how do writers of beautiful Australian Gothic stories manage to make them beautiful and Gothic. A lot of Australian Gothic tradition is very hot and ugly and violent (for good reasons), but there are some gentle, gorgeous books which still use a sense of sublime to create that very Gothic terror. I wanted to do that.

I grew up on a cattle property in western Queensland, reading fairy tales, and for me it was very beautiful. I didn’t recognise the landscape in a lot of Australian stories - but it was the only landscape I knew for the fairy tales. But it was also frightening sometimes, and the older I got the more I found out about the real terrible history, and also had the chance to see places where those fairy tales came from, and how differently they fit into (say) the Black Forest, or Dartmoor, or Iceland. I wanted to tell a story that acknowledged the history of Australia, while still loving the physical place, and looking at how the stories I grew up with don’t always fit Australia. And I wanted to illustrate it! 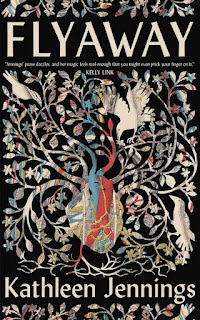 NOAF:  Who are some of your favorite Gothic writers? Why is Gothic literature, and Australian Gothic Literature, such a fun genre to read and write?

K.J.:  I'm a fan of the classics, like Jane Eyre, of course, and I love M. R. James' Ghost Stories of an Antiquary. In Australian Gothic literature, the books I looked at for my MPhil included Joan Lindsay's Picnic at Hanging Rock, which I adore (it's a little, lovely book), and Rosalie Ham's gorgeously textured The Dressmaker, and quite a few of the illustrated stories in Shaun Tan's Tales from Outer Suburbia. There are so many good books (and shows) that it's easy to give too many examples — but I’'ve recently discovered Kim Scott's Taboo, which is dangerous and fascinating and touches on a lot of themes common to Gothic literature.

NOAF:  When Bettina learns her brothers might still be alive, what are her emotions like? How does she react? Is she open about how she feels, or does she tend to keep her emotions to herself?

K.J.:  Bettina's emotions are tricky things, and I had to work on them when editing Flyaway. To start with, I like characters who are emotionally buttoned down, which meant in the early drafts I just left out emotion! Then I had to carefully add it back in. But on top of this, Bettina isn't just buttoned down. There are layers to what she's able to feel at any point in time, and reasons she can't be open even to herself, especially when she first learns about her brothers. At that point, she feels a mild puzzlement at finding something that doesn't make sense in her careful life - a loose thread that she pulls . . .

NOAF:  You put a lot of hints into your prose, using very specific words to mean specific, or multiple things. What was your writing process like, to make the prose do what you needed it to accomplish?

K.J.:  Thank you! I so much enjoy foreshadowing and layers, clues that make sense on rereading, allusions to paintings and poems - I like finding them as a reader, or recognising them lately when I found the image they referred to, and it's an awful lot of fun putting them in as a writer. The process is fairly simple.

First, generally, I read a lot, and have a habit of finding unlikely connections between things: links, theories, puns, echoes, etc.

Second, when I wrote the first draft I just put all the words in - especially all the adjectives! -th at seemed appropriate: there were heavy-handed jokes and unnecessarily long strings of descriptions.

Third, having all of those in there helped as I got near the end of the draft: there were traps I set in early chapters that I could spring in later ones, hints and echoes that suggested ways to end bits of the plot.

Fourth, when I edited, I strengthened those connections - and also cut out all the adjectives that weren't the right one.

NOAF:  So, what does happen to all those bits and pieces that you decided weren't ultimately needed?

K.J.: I don’t think they ever entirely go away. Some adapt, some become cryptids, some stick around causing untold trouble, muddying waterholes . . .

NOAF: What are some of your favourite fairy tales?

K.J.:  I’m fond of "Little Red Riding Hood", for all its variations and possibilities, and how useful the girl-in-a-wood is as a starting point for telling new tales, and because of what Dickens did with it as a frame for other fairy-tale allusions in Our Mutual Friend. "The Seven Ravens" is another I come back to a lot when I'm writing, as is "Beauty and the Beast", and the ballad "Tam Lin": all three about transformation and dogged - even defiant - loyalty. But I love the imagery and logic of fairy tales generally, like bowls of gems.

NOAF: You are a writer and an artist. When inspiration strikes, how do you know if the idea is best executed as a piece of fiction, or as a piece of artwork?

K.J.:  Sometimes I will have an idea and know it's a story or a drawing - they have different lengths and content. But other times I will be scribbling and a mood, movement, or aesthetic will emerge. Then I either play around with it until a phrase or thumbnail sketch "clicks" and I know I want to do it in a particular way. At other times, I won't have a direction for an idea. Then I'll often pick a type of story or art I feel like playing with but didn't have an idea for, and I'll try to shoehorn the idea into it. At that point, the format starts to shape the inspiration to fit it.

NOAF: You have an amazing essay on Tor.com where you discuss how creating Flyaway changed your opinions on decorative illustration. How do you think this could change your artwork, going forward?

K.J.: Thanks again! I hope it will teach me to be more definite about how I want a book-as-object to look. I tend to be cautious and responsive, because I like working around other people's ideas and requirements: it’s an enjoyable challenge, and helps a lot with decision-making! For Flyaway, I had the chance to illustrate a project purely to please myself - and to follow the illustrations into new places in search of that final style. So I hope it will make me take charge of some future projects for other people, too, and create a sort of grand aesthetic overlay for those stories. But at the same time I was working on ornaments for some books by Holly Black, and having a marvelous time inventing little illustrative dividers and chapter headers - it was very like writing all those little links and clues and ambiguities into Flyaway - so I will pursue more of that illustrative-decorative work, too.