The Avatars Inc anthology was created by the XPRIZE foundation, as part of their Avatar XPrize. The XPRIZE's aim is to inspire teams all over the world to develop telepresence technology for a variety of uses, particularly healthcare. The anthology is edited by Ann VanderMeer, produced by Eric Desatnik and includes stories by Ken Liu, James S.A. Corey, and Sarah Pinkser. Eric Desatnik is a longtime producer of anthologies for XPRIZE; Ann's extensive work on anthologies, particularly with her husband Jeff VanderMeer, is well known. This is their second collaboration. 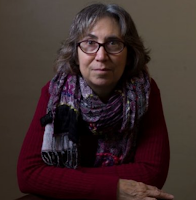 Over a 30-year career, Ann VanderMeer has won numerous awards for her editing work, including the Hugo Award and World Fantasy Award. Whether as editor-in-chief for Weird Tales for five years or in her current role as an acquiring editor for Tor.com, Ann has built her reputation on acquiring fiction from diverse and interesting new talents. As co-founder of Cheeky Frawg Books, she has helped develop a wide-ranging line of mostly translated fiction. Her anthologies include the Best American Fantasy series, The Weird, The Time Traveler’s Almanac, Sisters of the Revolution, The Big Book of Science Fiction, The Big Book of Classic Fantasy, and the forthcoming Big Book of Modern Fantasy (Vintage). Eric Desatnik's day job is PR and Marketing. More importantly he has produced a number of SF anthologies for XPRIZE, including Seat 14C, Current Futures, and now most recently Avatars Inc with Ann VanderMeer. Eric also created XPRIZE’s Science Fiction Advisory Council with over 100 of the world’s top sci-fi minds, like Margaret Atwood, Neil Gaiman, Neal Stephenson, and more. 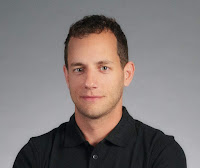 Today we're talking to Ann and Eric about Avatars Inc, whose 24 stories revolve around the memories of robotic avatar units, spanning the 21st century, discovered by Avatar Inc during retrieval missions to physically retrieve, preserve and archive these memories. While on a mission to Mars in the year 2080, a young astronaut encounters a decommissioned robotic Avatar unit, partially buried in the Martian dust. She pops open the cranial casing to find its central processing chip, still intact. She holds the chip up to her visual display unit to reveal its contents. Within moments, she is flooded with what-seem-to-be “memories” from the life of the avatar, and thus the stories begin.

ED: We believe that avatar technology will have nearer-term applications than on the surface of Mars in the year 2080, but we wanted to set the stage for the anthology in the far future, and then use avatar “memories” as a way to chronologically look backwards and present snapshots of how avatars might be used throughout the 21st century, made possible by the innovation that’s taking place today, in the year 2020. The result is a collection of avatar use-cases that are both aspirational and grounded. 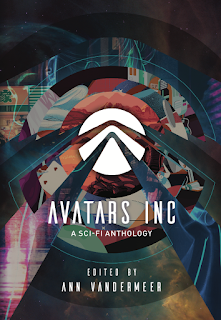 NoaF: You have quite the set of participants to your anthology. What was your selection process like?

ED: This is the second anthology I produced on behalf of XPRIZE and All Nippon Airways (ANA), tapping authors from our Science Fiction Advisory Council, while also benefiting from Ann VanderMeer’s incredible relationships. Ultimately, we look for a diversity of perspectives so that the visions of possible futures we are presenting is as representative and inclusive as possible.

NoaF: Ann, what are the differences in curating a collection of new fiction versus the collections of previous published fiction you have edited (such as the Big Book of Science Fiction)?

AV: With reprint anthologies like The Big Book of Science Fiction, we’re reading, researching and selecting stories that have already gone through the vetting and editing process. We have a general idea which authors and stories we may want to consider, but this is a flexible process and the selections can change based on our close reading of the stories. In many cases we’re working with estates, agents and translators rather than living writers, so we’re not making changes to the existing work. In this sense it’s more of a curation.

With an original anthology like Avatars, Inc we are working with specific writers that were chosen because of our knowledge of their body of work, their interest in the subject matter and how we perceive their stories within the wider context of the other writers - in other words, how will they ‘play’ together. In a theme anthology like this, it’s important to show the variety of stories and storytelling that comes from some of the brightest writers working in the field today. With original fiction it’s such a pleasure to be surprised and amazed by what each writer delivers, even in rough form. And also enjoyable to work with them as their stories come to life with each draft.

NoaF: The themes of Avatars Inc with identity, climate change, autonomy and responsibility are rich themes for the authors. What  other, unexpected themes or resonances came out in the stories submitted?

AV: There is also a sly humor to some of the stories, even when the overall premise may be darker. Communication was a recurring theme as well - people reaching out to others, aching to be heard, to be seen. One may think that the use of an avatar may make a person more disconnected from the world and everything in it, but that isn’t the case. What we find in these stories is a closer connection due to the possibility of avatars.

NoaF: What is the most surprising bit of character or worldbuilding  in the stories submitted?

AV: I’ve got to admit, I never ever thought of using an avatar for crime scene cleanup, and yet in Nino Cipri’s story “At the End of a Most Perfect Day,” we are presented with  a darkly humorous, yet very compelling tale of family relationships. And in Johanna Sinisalo’s story “A Bird Does Not Sing…” we experience how the avatar can be used to protect other life forms (in this case the natural world) from human contamination. A theme that resonates more strongly today.

NoaF: Thanks for joining us, Ann and Eric!