I will do my best to minimize spoilers, but if you have not seen Locke and Key on Netflix and are concerned about spoilers you may want to pass on this article.  The series is intentionally very different from the comics and it was difficult at times not to want to compare the two, but there is no avoiding it.  While I enjoyed the comics a lot more than the show, it is really well done in its own right and I really hope it is renewed for a second season. They did a good job of capturing the magic of the comics, while creating a compelling show for an audience as young as pre-teens.  I definitely would not recommend the comic to the younger Locke and Key fans. 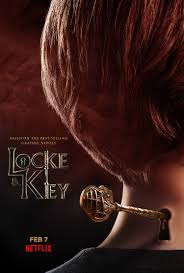 What the show does well:
The show features impressive production quality, set design, special effects, and has an amazing cast.  There was great chemistry among the actors and given the weight of the story was an effective tool in drawing the viewer in. I really can't stress enough how well this show was cast and how impressive the performances were. I had major reservations about the show's ability to bring Keyhouse to life, but they built it digitally from scratch and it really felt like a unique character in the show.

In addition to the production quality and the casting, the way the show brought the keys to life on the small screen worked incredibly well.  The head key had to be the most difficult of all of the keys to pull off.  It is central to the comic and show and possibly the most important key in the series.  The show was not able to pull off the magic of an empty head full of memories like the comic, but the creators found a solution that worked amazingly well. For the show you appeared behind your person with a doorway into your memories.  For Bode, this was represented with an arcade and the effect was incredible. The show introduced some new keys and hinted at some that might appear in future seasons (fingers crossed). We just need Skelton Crew Studio to give us some new keys to purchase!!

Another element that the show really shined a spotlight on was the special relationship that Rendell Locke (RIP) had with his family. The flashbacks, particularly involving the bedtime story, were heartfelt and enabled the show to really highlight the relationships in the story and make you genuinely care about the characters.  The focus on Rendell as the cornerstone of the family was an effective way to really advance the storytelling in a brief window. 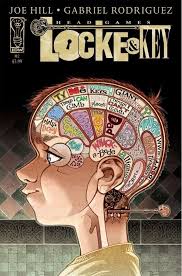 What the comics do better:
Everything!  Just kidding, the show really does a good job standing as its own entry into Locke and Key lore. Despite the success of the show, there were some elements from the comics that would have really added to the show.  One element that was severely lacking was Duncan's story.  Rendell's brother played a huge role in the comics and I felt his representation on the show was sorely lacking.  I am hopeful that if another season occurs we will get to meet his partner Brian and allow him time to shine.

As much as I loved seeing Ellie and Rufus introduced early in the series, I wish there was more time spent highlighting their relationship, how Ellie's mom complicated things, and the role that Dodge had played in their lives over the years.  It was hard to believe that she would help Dodge as much as she did and she wasn't as sympathetic as she was in the books. Speaking of Rufus, I loved seeing his resistance to the magic in the comics. There are so many moments in the comics where Rufus feels like he has super powers and that did not come across in the show.

The black door was not nearly as foreboding as it was in the comic and I honestly wish it wasn't introduced in the first season of the show.  It felt anti-climactic and the changes they made to the demons behind the door were not effective. I remember being terrified when it was opened in the comic, but only had concerns in the show based on my preexisting knowledge.

The final element that the comic did way better was instilling fear in the audience. The horror of the series is palpable in the comics, but with it being toned down for Netflix you don't have the same element of fear. This allows for the show to be enjoyed by a wider audience, but characters like Sam Lesser felt like an afterthought and actually deterred from the show.  Lesser was such a force in the comic and he really wasn't allowed the opportunity to shine. 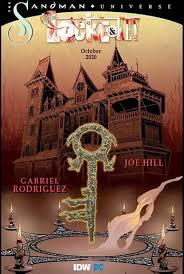 What the future holds:
I hope it includes a second season of the show.  It had so many twists and turns that deserve the opportunity to be resolved. From what I am seeing on social media it appears that the streaming numbers have been quite well for the show and we should learn soon the fate of another season. The comics recently had some amazing news as it was announced that we are going to get a Sandman/Locke and Key crossover in 2020!  This is in addition for the new Locke and Key books that were announced at San Diego Comic Con so it is shaping up to be an amazing year for the comics.

Baseline Score: 8/10
Bonuses: +1 for the amazing cast; +1 for the showcasing of the keys; +1 for seeing Keyhouse brought to life; +1 for the high production quality
Penalties: -1 for failing to highlight important relationships; -1 for toning down the horror element despite having solid reasons for doing so; -1 for ending the season in the manner it did with no guarantee of a second season; -1 for its take on the black door.
Nerd Coefficient: 8/10 Well worth your time and attention