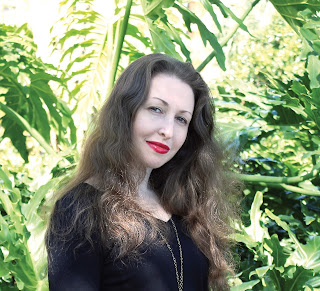 Ilana C. Myer has worked as a journalist in Jerusalem and a cultural critic for various publications. As Ilana Teitelbaum she has written book reviews and critical essays for The Globe and Mail, the Los Angeles Review of Books, Salon, and the Huffington Post. Last Song Before Night was her first novel, followed by Fire Dance and The Poet King.

Today she shares her Six Books with us...

I just finished reading Hope Against Hope by Nadezhda Mandelstam, a harrowing memoir of Stalinist Russia. Her e husband, the poet Osip Mandelstam, was persecuted and ultimately murdered by Stalin’s regime, for the crime of writing a poem.

Nadezhda Mandelstam was a genius and her insights into the psychological effects of totalitarianism are as relevant now as they ever were. She also has much to say about the artistic community—how artists either withered in the oppressive political climate, or enriched themselves by writing dutiful propaganda. Her eye for personalities is acute, and devastating.

I’ll be first in line to buy Hilary Mantel’s The Mirror and the Light, the last of her trilogy about Thomas Cromwell. She is one of the best writers working today.

Before Mantel made a big splash with Wolf Hall, she wrote other good books. I particularly recommend Beyond Black, a dark, sardonic fantasy about living with trauma.

There are certain books I love so much that they enter into my permanent rotation. Then there are others that bide their time, waiting for just the right moment.

I am due for a reread of Dorothy Dunnett’s Lymond Chronicles, since the last time I read them I was in my early twenties. I know much more history now than I did at that age, and will likely appreciate the books even more.

A book I recently reread and loved, when I had not had feelings about it either way before, is The Beginning of Spring by Penelope Fitzgerald. Sometimes we read a book at the wrong time in our lives and fail to appreciate it—I am glad I gave this book another chance.

The challenge in Fitzgerald is that she packs a world of meaning in each line, each paragraph. It means the reader must pay close attention. On the other hand: her books are short.

I am not sure I would be writing fantasy today if I had not read Guy Gavriel Kay's Tigana when I was sixteen. That book showed me that fantasy can explore themes in powerful ways, with perhaps greater freedom than other kinds of writing.

In The Poet King, poets hold magical and political power—including the power to reshape their world. The conflicts that are initiated in Last Song Before Night and reach a critical point in Fire Dance reach a climax in this book. While wars and politics make an appearance, the heart of these books are the characters, who are tested to—and sometimes beyond—their limits.

Celtic and Middle Eastern mythologies, among others, were my inspiration in this book. I did a great deal of reading, almost a year’s worth, before I began writing. That has been true for each book in the trilogy.