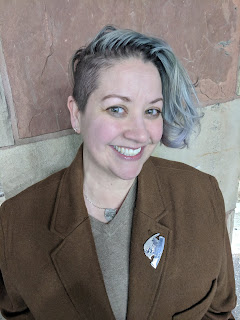 K.B. Wagers is the author of the Indranan & Farian War trilogies with Orbit Books and the new NeoG novels from Harper Voyager. They hold a bachelor's degree in Russian Studies and a second-degree blackbelt in Shaolin Kung Fu. A native of Colorado, K.B. lives at the base of the Rocky Mountains with their partner and a crew of recalcitrant cats. In between books, they can be found attempting to learn Spanish, dying in video games, dancing to music, and scribbling new ideas in their bullet journal. They are represented by Andrew Zack of The Zack Company.

I don’t often read fiction while I’m trying to write, so things have been super light on the reading front the last few years except for what I can squeeze in between projects. However, I just got a copy of FELIX EVER AFTER by Kacen Callender in the mail (I won it in a contest). And while I don’t read YA very often this book really grabbed my attention and I’m beyond excited to get to dive into it as soon as I wrap this latest project up.

Speaking of upcoming books I’m so excited about, I have not been able to stop thinking of Karen Osborne’s ARCHITECTS OF MEMORY which is out August of this year. I got to read it back in October or so of 2019 and it’s so good. You’re all going to be just blown away.

Twitter is sometimes helpful. *laughs* It just reminded me that I want to reread Bo Bolander’s THE ONLY GREAT HARMLESS THING again because it was such a stunning story and one of those that just sort of hangs around in your brain for so long after you read it. (You can see this is a trend with me and the books that I like!) 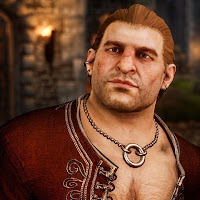 K.B. Did not have an answer to this question. We are going to blame Varric Tethras for that and move on.

HITCHHIKER'S GUIDE TO THE GALAXY and ALICE IN WONDERLAND have both had a major impact on my writing and my personality. That sort of surrealist feeling is always lurking the background of everything I write and occasionally not lurking at all *laughs* ...

...but right up there in your face as is the case with my latest book: A PALE LIGHT IN THE BLACK is the first of the NeoG Novels which follows the adventures of the Near-Earth Orbital Guard, a space coast guard whose mission is to safeguard the Sol system and the planets where humanity lives. It’s awesome because it is decidedly different in tone from the Hail Bristol novels, namely a lot more fun and a lot less tears. There’s a whole competition aspect called the Boarding Games and I watched Dodgeball pretty much on repeat while writing it so that should give you an idea of the silliness level! Though there are some serious bits too, people learning to stand on their own, found family goodness, and a crew of ass-kickers I’m hoping everyone else will fall in love with the way I did.

Thanks for having me on Six Books! *waves*