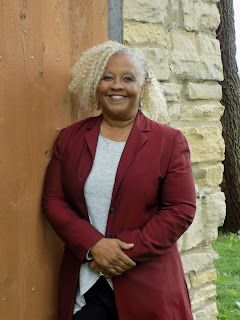 Remembrance is a multi-generational story of how to protect those you love against the background of horrific circumstances.  A little magic and magical realism never hurt, but what happens when the magic is at its limit?    Debut author Rita Woods has created an emotional and beautiful story of generations of women who are connected through tragedy and unique supernatural powers.   Fans of magical realism, stories of endurance,  and unique storytelling need to get their hands on a copy of Remembrance!

Remembrance is a secret stop on the Underground Railroad. If you can make it there, if you can find it, you'll be protected there.  As Mother Abigail's  abilities fade,  so does the protection of Remembrance. Who will take on her mantle and responsibilities? As the world changes, will Remembrance still be needed, or will it be needed all the more?  Where do these magical abilities come from, and how will the bearers know when and where they are needed?  In this bold and uncompromising novel,  Woods' strong characters do what needs to be done, as they know the far-reaching consequences of giving up.

Rita Woods was kind enough to answer my questions about her favorite scenes to write in Remembrance,  how she developed the characters, the scene that still gets under her skin, the book tour,  tips for healthy travel,  how her career in medicine has informed her writing, and more.  She lives in suburban Chicago with her family, and you can learn more about her on her website, ritawoodswrites.com  and by following her on twitter, where she is @RitaWoodsAuthor .

This month she is wrapping up a whirlwind book tour that took her all across the Midwest, and then to Texas, California, Lousiana, Georgia, and elsewhere. I hope we see many more novels and short stories from Rita Woods!  And I hope once her tour is finished, that she gets some well deserved rest.

NOAF: Congratulations on your debut novel, Remembrance! Can you give us the elevator pitch?

RW: Remembrance is the story of four women, each imbued with unique powers over the physical world. Spanning three centuries, beginning just before the Haitian Revolution and reaching into the 21st century, it tells the story of woman linked through the centuries, using their powers under some of the most horrific of circumstances to protect themselves and the ones they love.

NOAF: Abigail,  Margot, and Gaelle are women who are living in drastically different worlds and circumstances.  How did you develop their personalities, their supernatural abilities,  and their specific backstories?

RW:  Abigail was the first character to appear, the one around which Remembrance was meant to pivot. While the initial idea was to have this powerful priestess create this amazing sanctuary for runaway slaves, it became clear that in order to tell the story it was necessary to know how she got to this place. Where had she come from? Why would she create this place as opposed to a different response to slavery? How did her power come into being? This led back to New Orleans and ultimately to pre-Revolutionary Haiti. Much of the same calculus was in effect for the other characters. 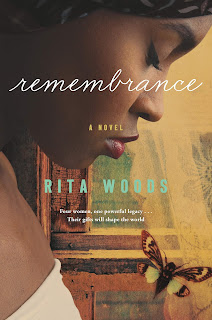 Who were the people that populated Remembrance? What was it that made them strike out for their freedom?   While slavery was the constant background refrain, I wanted it to be clear that these were individuals, with different perspectives, different experiences and very different responses to their circumstances. And while not a slave, there were still reverberations of history/historic events in Gaelle's catastrophic loss. Like the other women of the story, she suffers great tragedy and has to find a way to herself again.


NOAF: I appreciate that we see your characters in times other than their robust youths.  As Abigail ages, she realizes there will be a time when she isn't strong enough to provide the protections her community has become accustomed to. Speculative fiction is filled with young people who are in their prime. Why is it important for readers to see powerful characters who are of an older generation?  Why write older characters?

RW:  In the real world, power is most often not the currency of the very young. One need only to examine the world of business, medicine, politics. Power consolidates around experience, around alliances and is strengthened with practice over time. In Remembrance, while each of the women have raw talent, raw abilities, in each case these abilities have to be honed, focused, a process that takes time. I believe there is also a maturity of thinking that was necessary to make the decision to use their power for something bigger than themselves. It felt right that it was the elders (and this is a relative term) were the ones to step up and try to right the wrongs of the world, to be the keepers of tradition and their people.

NOAF: What was your favorite scene to write?  Which character was the most satisfying to write?

RW:  I loved all my characters but surprisingly, it was some of the secondary characters that I had the most fun writing. I loved Dix and the little twins. Louisa was always fun and of course Josiah who was so deliciously creepy. Favorite scene is a bit harder. I loved writing the pivotal scene when Winter confronts the slavers in Remembrance. Another extremely satisfying scene to create, the one that haunts me and continues to live under my skin is the one in which Abigail accompanies her mistress to the Quenelle plantation on Saint Domingue in an effort to save Hercule.

NOAF: As I write these interview questions, you are in the middle of a book tour across the Midwest.  What's been your favorite experience on the tour so far?  Any tips for keeping your health and sleep in check, while being a travelling celebrity?  (I used to travel for work, and failed miserably in the "keeping my health & sleep in check" dept.)

RW:  There are so many super cool things about this tour. I've really enjoyed meeting other authors. Almost to a one, they have been such supportive, generous people and, for an insecure first time writer, offered encouragement and advice on an unexpected level. I'm trying to learn everything I can from their experience. It's also been amazing meeting people who've read and loved Remembrance, people who grab you and talk about Josiah and Winter and Margot like people they know personally.

As for the travel itself, I've been loading up on elderberry, vitamin C and echinacea. I try to get into the sauna at least once a week and have been disinfecting every airplane surface I can (something I saw another passenger do, and thought . . .BINGO). I've also been trying to drink my water (a struggle when all I want to do is mainline caffeine) and whenever possible pick up a Pilates class.

NOAF: When you're not writing fantastic fiction, you're a Physician. How has your career in medicine informed your writing, if at all?

RW:  Medicine, it sharpens your storytelling skills. Every time a patient comes to you, they're telling you a story. Why they're there. When did the problem start. Can you describe exactly where the pain/swelling etc is. What does something sound/look/feel like. What makes it better. What makes it worse. All problems have a beginning, middle and hopefully an end. Physicians have to be extremely astute observers. We have to be able to interpret both verbal and nonverbal clues. We have to pick up subtext. All of those skills are directly transferable to writing.

NOAF:  Thank you so much!  Now excuse me while I go buy some Vitamin C and echinacea!
Posted by Andrea Johnson at 12:00:00 AM