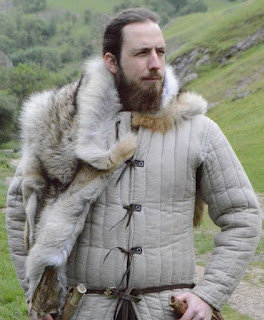 Rob J. Hayes has been a student, a banker, a marine research assistant, a chef, and a keyboard monkey more times than he cares to count. But eventually his love of fantasy and reading drew him to the life of a writer. He’s the author of the Amazon Best Selling The Heresy Within, the SPFBO-winning piratical swashbuckler Where Loyalties Lie, and the critically acclaimed Never Die.

Today he shares his Six Books With Us...

I'm currently reading King of Assassins by RJ Barker. It's book 3 in the Wounded Kingdom trilogy and each book is sort of a murder mystery in a fantasy setting. I like to describe book 1 (Age of Assassins) as a murder mystery without a murder from the perspective of the murderer. It's got a lot of emotion, more intrigue than a day with the Lannisters, and such cool imagery. The author manages to keep the mystery fresh in each book and the series just gets better and better as it goes on. I'm going to be really sad when I get to the end of this book and say goodbye to the characters.

Paternus: War of the Gods by Dyrk Ashton. It's another book 3 funnily enough. Dyrk first came to my attention because of Mark Lawrences Self Published Fantasy Blog Off (SPFBO), and then I ran into him at a convention and he handed me a sighed copy of his book 1. I had no idea what I was getting into. The Paternus series breaks the rules of what we're generally allowed to do. From head hopping to expositional infodumps, to lines written in a foreign language with no translation. Somehow Dyrk manages to make it all work with a skill I'd wager few others could boast. It's a truly epic series about a war between the gods... all of them... ever. And I can't wait to see how he ends it all.

3. Is there a book you’re currently itching to (re)read?

I am itching to read The Shadow Saint by Gareth Hanrahan. This one is a book 2 (the problem with reading books as they come out is you find yourself part way through a number of series at once). I read book 1 (The Gutter Prayer) last year and the scale of imagination on display blew me away. From the get go, you know you're getting something different and unique as it all kicks off with a chapter from the perspective of a building. I've never read anything like it before. From there on it just revels in the weird and wonderful between sentient candlemen, colonies of worms dressed as humans, warring gods, and living statues. It was one of the most fantastical fantasies I've read in a long time, and I can't wait to sink my teeth into book 2.

Might be a unpopular choice, but I'm going to go with Ready Player One by Ernest Cline. I think I enjoyed it well enough at the time of reading it, though it often felt a bit cringy with the references, almost as though the author was congratulating himself on adding in as many as he could. But I've really become burned out by all the nostalgia that's flooding media these days. From film reboots to throwbacks and everything in between. So while I can't deny the book's popularity, and it certainly accomplished something, these days I just see it as a bit of a cheap laugh. Sort of a "Hey, all these things you used to love... let me name them all." And for me that actually makes the book feel more and more hollow, the more I think about it.

I'm gonna say The Dark Portal by Robin Jarvis (and the whole Deptford Mice series). They were the books that really got me into fantasy as a child, and even back then I think I learned a lot from them. They are aimed at children, but they don't hold back in many ways. They can get quite dark, which is something I've been accused of a few times. There's character deaths (including my favourite character of the whole series), moments of horror as well as heroism, glorious redemption as well as falls from grace. It really was an epic fantasy, despite being about mice and aimed at children, and it's one I don't think I'll ever forget.

I'll go with my next release as it's coming on 30th March! Along the Razor's Edge is awesome because it's set entirely in an underground prison called the Pit. It follows along behind a young girl with more fire than sense who is thrown into the prison for war crimes after her side loses a big war. It's tightly focused, claustrophobic, and full of emotion. I'll include the official blurb below.

No one escapes the Pit.

At just fifteen Eskara Helsene fought in the greatest war mankind has ever known. Fought and lost. There is only one place her enemies would send a Sourcerer as powerful as her, the Pit, a prison sunk so deep into the earth the sun is a distant memory. Now she finds herself stripped of her magic; a young girl surrounded by thieves, murderers, and worse. In order to survive she will need to find new allies, play the inmates against each other, and find a way out. Her enemies will soon find Eskara is not so easily broken.