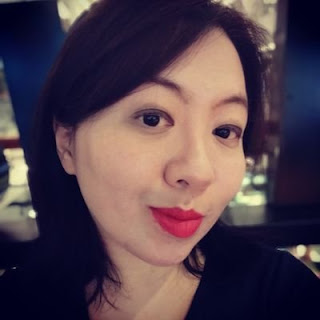 In Eeleen Lee's debut novel Liquid Crystal Nightingale, escape and justice are only for the rich. Pleo is a survivor, and she dreams of a better life. When she's framed for murder, will her dreams rescue her?  A far-future murder mystery wrapped up in colonization, classism, and intrigue, think Iain M. Banks meets Battle Angel Alita, with a dash of biopunk and a splash of impending alien invasions.

This may  be Lee's first full length novel, but she's been in the international publishing world for years.  She's edited fiction and anthologies, written comedy sketches, and her short fiction has appeared in various magazines and anthologies in the U.K, Australia, Singapore and Malaysia, such as Asian Monsters from Fox Spirit Books, and Amok: An Anthology of Asia-Pacific Speculative Fiction.

If you're looking for some great space opera reading recommendations along with a dose of humor, check our Eeleen's twitter feed, she's at @EeleenLee.  She was nice enough to chat with me about Liquid Crystal Nightingale, how the novel got started as a writing exercise, her short story collection 13 Moons, and more!

While doing research for this interview, I learned that Eeleen is a fellow Dune fan!  I think we'll both cry if the if the Sandworms don't meet our expectations.

Liquid Crystal Nightingale is out now from Rebellion Publishing, available in paperback and e-book.


NOAF: The narrative structure of Liquid Crystal Nightingale offers multiple points of view, including Pleo's, Marsh's, and the Dumortier's. How did you develop their different views of the world? When at least two of them were in the same place at the same time, how did you know whose point of view to use for that scene?

Eeleen Lee: I approached it like staging and blocking a scene- and the scene is done on green screen, which is a useful metaphor for writing because you're inventing what's outside and inside the characters. Firstly, make full use of the setting in each chapter- if the reader feels immersed in the time and place they will be more inclined to believe what the writer is depicting. Secondly, the characters, like real people, move through and interact with their environment on many levels: physically, emotionally and socially. Hence, I selected which character POVs would best reflect and set off the physical, emotional and social/individual life of a scene.

NOAF: What scenes and/or characters were your favorite to write?

EL: I enjoyed writing the two investigators, Dumortier and Nadira. There's a tendency to depict law enforcement in science fiction as mostly corrupt, inept and overwhelmed. I wanted to move away from that- it's much more effective and powerful to show a force that's efficient, highly competent and yet, still overwhelmed and vulnerable. 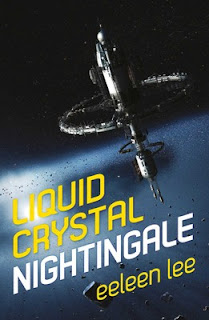 NOAF: What inspired you to write Liquid Crystal Nightingale? How different is the finished product from your original concepts?

EL: The novel began as a simple exercise years ago: write about a few fictional cities, in the style of Italo Calvino's Invisible Cities. As soon as I started writing about a city that looked like a cat's eye from space I couldn't stop at a few paragraphs. The style and tone were initially very literary, reminiscent of Primo Levi's The Periodic Table and the layered stories of Jorges Luis Borges.

NOAF: You mentioned on your twitter feed that you are pretty sure the new Dune movie will become a favorite movie adaptation. I am a fellow Dune fan, and also very excited for this movie! Do you have a favorite character or scene from the original novel or series? What do you most hope they'll get right in the movie?

EL: I hope the filmmakers get the sandworms right, with today's VFX technology there's no excuse not to. And I always thought Princess Irulan is given short shrift but ultimately she's the historian so she has the last laugh, in a sense.

NOAF: Who are some of your favorite writers? Why is their work meaningful to you?

NOAF:Your short story collection 13 Moons offers up supernatural stories of the darkness that lies just beneath the every day. Your short fiction has been published in a number of anthologies. In your short fiction, are there themes and concepts you find yourself returning to? 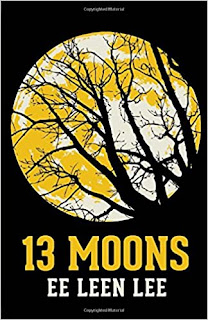 EL: A very good question because no one has asked me this before! Now that I look back on my short stories I can see some recurring themes such as: karma, the concept of no good deed going unpunished and coming of age.

NOAF: You edited one of the volumes of KL: Noir. How did you did get involved with this series of crime fiction, and is editing anthologies something you'd like to do more of?

EL: I was asked to get involved by my publisher and it's something I enjoy doing because it's rather exciting to guide other writers' visions.

NOAF: What’s next for you?

NOAF: Thanks so much Eeleen! Can't wait to chat with you after the Dune movie comes out!
Posted by Andrea Johnson at 12:00:00 AM