No One Asked For This 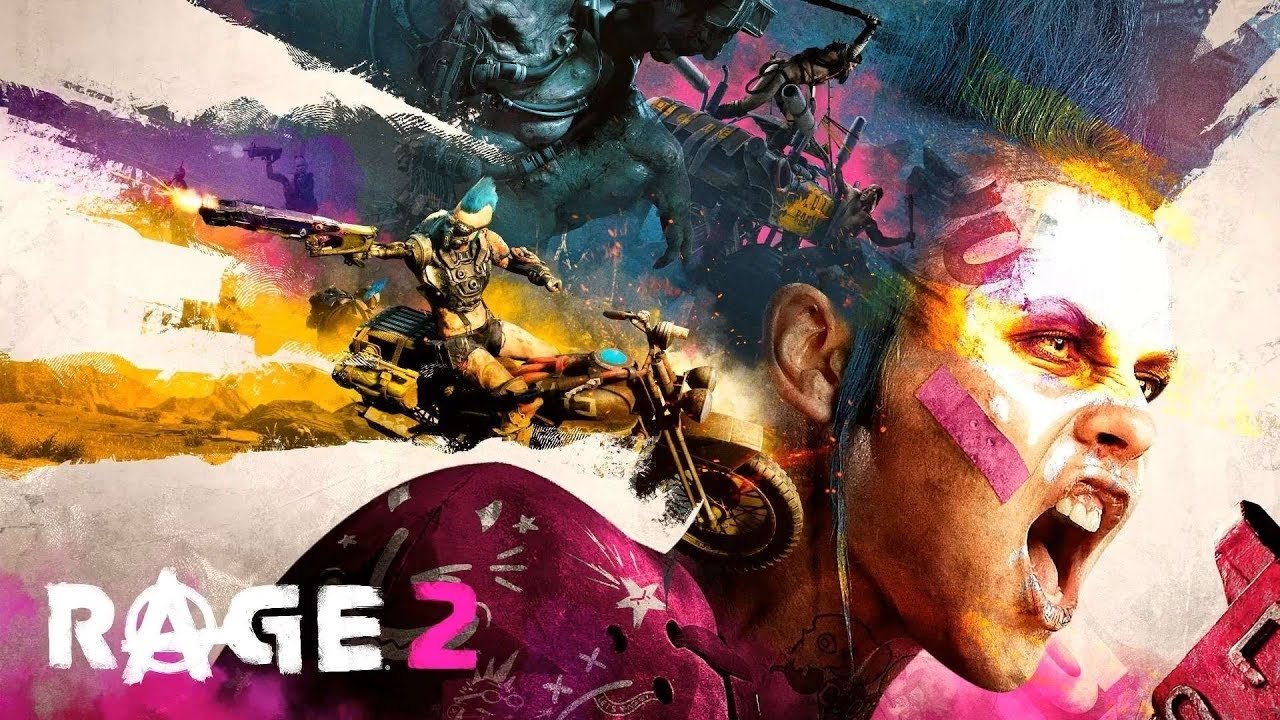 I’m terribly disappointed in RAGE 2 so before I go on and on about why I think it sucks, here’s what I liked, in bullet point form:
The game starts off okay, with The Authority (the primary antagonist in RAGE) razing your fledgling community. After this tutorial (and honestly, who needs a tutorial in a FPS anymore?), you’re given a car and an open map and set to work. The work is meeting three characters that will help you overthrow The Authority. You gain their support by completing open world activities.

Minus the grinding to build support, the game is more or less just 7 story missions. It’s amazing how short the story is. There was just so little in the narrative to keep me interested. The open world activities are mostly just “kill everything”. There’s one ally whose support is gained through search and recovery missions, which I found to be not only the most interesting but the most rewarding. There are arks scattered across the world, where the game dispenses either a new weapon or a new ability. Since they’re so rewarding, they’re well worth searching out and they build your support with one ally. I finished the game with that ally’s support maxed out and all the others only half full because their missions are just slogs through enemy nests that give you resources to buy things.

The problem with dispensing abilities and weapons through open world activities is that if you never find that ark, you miss out on something that makes the game more fun. When I finished, the map revealed the rest of the arks I hadn’t found and I finished the game without three weapons and two abilities. Considering I found use for almost every weapon and ability I did have, it’s baffling that the game was perfectly happy with letting me finish it and not give me the tools to make the game more enjoyable. I specifically sought out arks because they give gameplay-affecting tools, but I guess that was my bad because I could’ve finished it with just a pistol, an assault rifle, and a shotgun. I’m really curious what the bare minimum of this game you have to play before hitting the credits.

Beyond taking away the things that make the game fun and hiding them on an enormous open world map, the travel between points was worse than boring, it’s a waste of time. Driving from one area to another in an open world wasteland should be more dangerous, but I was rarely attacked, and everything that attacked me was easily shrugged off or ran away from. At one point I unlocked a flying motorcycle that just hovered high enough above the ground to make all ground obstacles pointless and I couldn’t be attacked, so I was making straight line flights from one point to another. I may as well have had fast travel.

So most missions are a grind, exploring isn’t necessary, and travel is a waste of time, but how’s the shooting? It’s okay. Nothing has the id Software signature feel to it. Enemies are mostly bullet sponges unless you aim for the head, which is comically easy to hit. It’s like bullets are magnetically attracted to their skulls. I found that most fights boiled down to whether I shoot them in the head at a distance with the assault rifle, or run up to shotgun them in the torso. I had a rocket launcher that was useful for big enemies, and a pistol that shot rounds that would catch on fire that I didn’t find particularly useful, but, again, I didn’t find three of the weapons in this game. Maybe they were super cool. I’ll never know!

The worst part of RAGE 2, the unforgivable part of it, is the bugs. Holy hell. One location never flagged as 100% complete because I opened a chest, died, and the chest remained opened but the counter locked it at unopened. There were a handful of times when the game just hard locked. Once the game crashed my OS. One time I beat a boss but died at the same time. It played the “you beat the boss” cutscene, but I came back dead and had to quit to restart it.

I didn’t think RAGE would ever get a sequel, and I question what this is doing for anyone. The original wasn’t a great game by any stretch but it was better than this one in almost every measure. There’s a lot more to do in RAGE 2 and the open world aspect might appeal to some people, where RAGE was more of linear game, but more to do isn’t a benefit when what you’re doing isn’t fun to begin with.

Bonuses: +1 the bullet pointed list adds up to one bonus point

Penalties: -1 baffling weapon/ability scavenger hunt, -1 grinding for rep is the bulk of the game, -1 BUGS