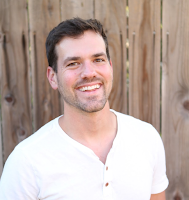 Rhett Evans is a proud millennial, former journalist and U.S. Army infantry officer. He now works in the tech industry but divides his time shoveling dirt and taking care of animals at a half acre homestead in northern California where he lives with his wife and three kids.

He started writing stories on long commutes into work about two years and hasn't stopped since. Follow him at https://www.facebook.com/rhettjevans or https://twitter.com/RhettJEvans.

Today he shares his Six Books with us.

Maybe it’s all the promotion around the new Good Omens tv series, but as one of the only Gaiman novels I haven’t read yet, I now find myself with Neverwhere. Neil Gaiman’s customary mix of fantasy, horror and folklore propelled me into writing several years ago. My first manuscript, a story about a soldier deployed in Iraq and a murderous djinni (currently on the backburner), was heavily influenced by his style, and returning to Gaiman now is like settling into coffee with an old friend.

Children of Virtue and Vengeance by Tomi Adeyemi
This is a tough call because I’m also aching to read the next installment in [S.A. Chakraborty's] City of Brass trilogy, which is also a fantasy set in a non-European-style setting. I think it’s awesome to be a reader in a time when we’re finally getting a wave of diverse new fantasy worlds. And the first book set in Adeyemi’s African-inspired continent, steeped in magic and mired in racism, was deeply compelling.

Blake Crouch is really the modern master of using high science concepts to tell very human stories. And I envy him and hope to accomplish something similar with The Echo Chamber by marrying a plot about a broken relationship with virtual social media gone wrong. Basically, Dark Matter is almost a love story—“It’s a Wonderful Life” played out using quantum mechanics. I won’t spoil it, but the ending of this book is so maddening that I occasionally think about it and it makes my skin itch.

There will be people who will hate me for saying it, but I didn’t love this book when I first read it. It’s eerie and calculating, and I found myself sitting there wondering why the author was telling us so much about the life of a washed up actor and an old comic book. But the entire time the author is painting a mood using an evocative landscape and characters wrestling with complicated emotions. It’s a dystopia, but the point of the story is not really about survival. And I know she did a good job because I still reflect on this haunting tale of Shakespearean actors trying to find hope and humanity in the remains of a ravaged Great Lakes region. 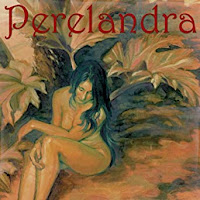 This is my favorite question because I get to talk about a lesser known book by C.S. Lewis that deserves way more appreciation than it gets! Perelandra is space opera folktale about the Garden of Eden. It asks the reader to imagine a universe populated by all forms of life, but only the Earth is uniquely “fallen.” It’s beautiful, heroic and surprisingly gritty at times, and it pushes spiritual thought into space where I think most religious people feel inherently squeamish. But at the end of the day, if your religion only makes sense when it’s bound singularly to planet earth, how can it be true?

I work in Silicon Valley, and I often find dystopian scifi to be wrongly preoccupied by fears of 1984-style surveillance or killer robots. I wanted to write something authentic to the actual culture here: what if companies like Facebook, not by any evil desire, brought about the end of the world simply by building products that people love too much? Virtual social media could give humanity the perfect echo chamber, a way for us all to un-diversify ourselves by showing us only content that we love, that never challenges us. There’s a love story in there too, and some light Groundhog Day time travel because I’ve always been obsessed with imagining what a person might do if they were faced with the prospect of repeating their life over and over.
Posted by Paul Weimer at 12:00:00 AM