Dead Collections offers a unique spin on vampires that just seems so right: of course a vampire would live in the archives! 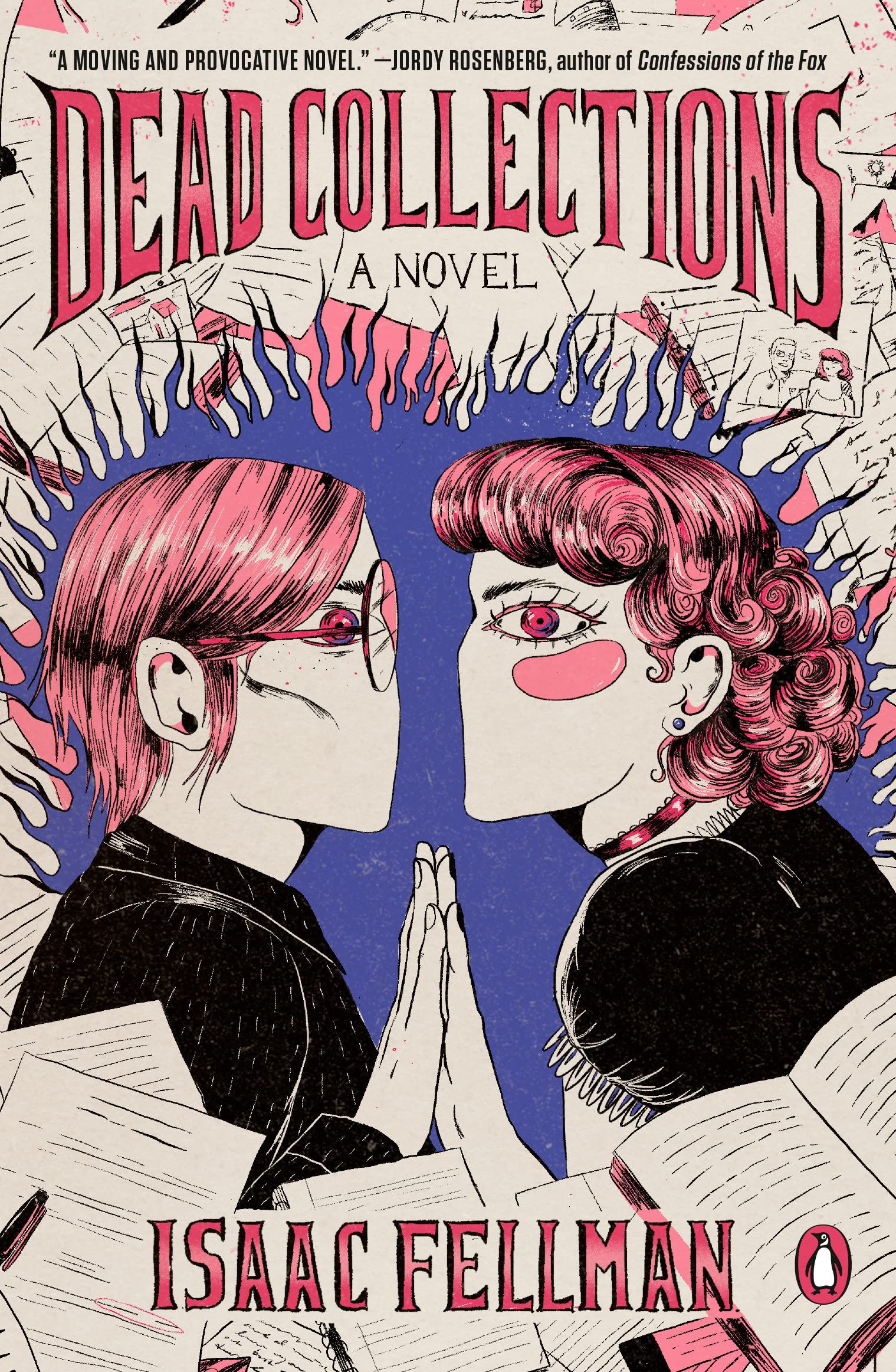 Note: This novel deals with the struggles of the LGBTQIA+ community while also being an entertaining vampire romance. Some content warnings I would include: transphobia, transphobic violence, abusive work spaces, emotionally-manipulative relationship, “outing” of personal details.

Dead Collections by Isaac Fellman follows Sol, an archivist who suffers from a vampirism disease after he “died” of a tetanus mishap contracted in the archives. While all vampire novels are always a little different in what lore they follow, Fellman’s vampires are deathly averse to sunlight. While Sol can drink human blood, it’s a crime, so he receives his needed transfusions at a clinic. As it turns out, being an archivist is a perfect job for a vampire: no sunlight. While Sol was a great archivist before he became a vampire, he now relies on his work to keep him safe since there are so few jobs he could perform as a vampire. Rather than immortality, vampires in Fellman’s world rarely live past three years because of how inhospitable the US is.

Isaac Fellman, also a trans archivist, brings a depth of knowledge to the archival process that added a level of fun to the text, particularly as an artifact. For instance, in a great rumination on the archive, Sol writes: “My body is an archive. This is not a new idea […] but I always think that people who aren’t archivists miss the ways that archives are quite specifically vampiric” (176). Such moments shine in the book. Like his archivist character, Fellman curates what documents the reader sees as Sol attempts to archive the boxes of Tracy “Trace” Britton’s written work. Secrets are revealed about Britton’s life, but Sol also reminisces on his love of a 1990s TV show called Feet of Clay, on which Britton was a showrunner.

The novel begins with Britton’s wife Elsie bringing in the boxes, still very much grieving and dealing with Britton’s death. Sol is quickly attracted to Elsie, and the feeling is mutual. Their love blooms, but the remnants of Britton’s life, which both of them are entangled in—Elsie through relationships and Sol through fandom—still haunt them and must be put to rest, or the entire archive could be in peril.

In some ways, the vampirism is the least interesting thing about this novel. It forces some of the social issues, such as Sol not having safe living accommodations. The vampirism also provides a figurative space to discuss issues of trans identity and transphobia, such as the fact that Sol’s transition isn’t continuing the way Sol wishes due to vampirism essentially freezing his body in time. Where the novel shines is less in the vampire lore and more in the archives.

The book itself becomes an archive as Sol narrates his story, but some of that narration is created through archived digital documents, such as e-mails and texts, but also through created documents, such as a series of scripts recounting some of Sol’s experiences in the office. Additionally, some of Britton’s work is collected in the book, such as excerpts from the novel she was attempting to write in the Feet of Clay universe, which was supposed to provide a more satisfying ending for a TV show that was cancelled to soon (I’m sure most of us have felt that gut-wrenching emotion).

On top of all these archival moments, fandom plays an important role throughout the story as Sol comes to Britton’s archive as a fan. Additionally, Elsie is also involved in archiving as a board member for the Organization for Transformative Works, which runs the very real Archive of Our Own (Ao3). Analogous to the vampire, fandom and fanfiction has created an important space for exploration in the queer community (which is not to say that fanfiction has not also done harm).

By archiving Britton’s work, Sol reckons with his love of Feet of Clay but also his interest in the show’s creator. As formative to his identity, returning to Sol’s fandom era is a unique way to learn more about his character. The rumination on fandom between Elsie and Sol captures a nostalgia and comfort that favorite, formative narratives can create.

Ultimately, this novel is a queer romance with a happy ending, made all the more interesting through the importance of the archive and fandom. While the vampirism didn’t always seem tightly woven into the story, Isaac Fellman is right: an archive is a perfect space for a vampire.

Bonuses: +2 for the archival setting and the meditation on fandom as formative

Penalties: -1 for an interesting take on the vampire, but not so tightly woven into the story

Posted by: Phoebe Wagner (she/her) is an author, editor, and academic writing and living at the intersection of speculative fiction and ecology. She tweets as @pheebs_w.