Nanoreviews: A Mirror Mended, The Jade Setter of Janloon, The Legacy of Molly Southbourne 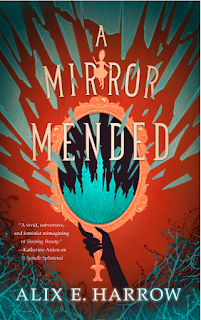 A Mirror Mended is the follow up / sequel to last year’s Hugo Award finalist novella A Spindle Splintered and picks up the story some five years later where Zinnia Gray is traveling the multiverse of fairy tales and fables, rescuing and facilitating escapes for those varied heroines trapped within a forced narrative that doesn’t quite fit. Rather than chasing her own mortality, Zinnia spends her time avoiding her life in lieu of these adventures until a villain wants that same escape Zinnia has offered so many others.

As much as I liked A Spindle Splintered, this is a much stronger novella that goes deeper. Harrow dives into how women are treated in these stories, slotted into neat roles - even the villains, because what other paths do some women have? With quick dialogue and a sharp eye for storytelling - A Mirror Mended is top notch.
Score: 9/10 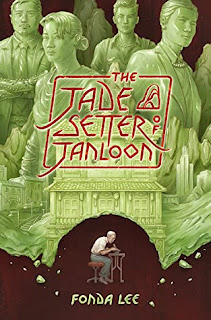 The Jade Setter of Janloon, by Fonda Lee [Subterranean Press]

Prequel novella to the Green Bone Saga focuses on a specialty jeweler, a “jade setter”, officially allied with a small and fiercely neutral clan. Pulo is an apprentice jade setter to the master setter Isin. Because their clan is neutral, their business caters to all and is treated as neutral ground. When a ceremonial sword from The Mountain Clan is stolen from the shop, that neutrality will be tested.

What works is that if you’re familiar with the Green Bone Saga, this is a story set on the periphery of characters and clans we know and if you’re not, this is a really good story of fairly regular folk potentially caught in the middle between two much more powerful factions. That’s not what the story is, but it provides color and texture.
Score: 8/10 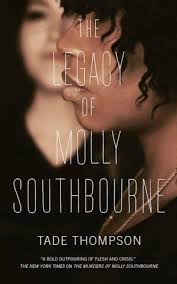 The Legacy of Molly Southbourne, by Tade Thompson [Tordotcom Publishing]

I never wrote about the Molly Southbourne novellas for Nerds of a Feather, but from the start I was hooked on this series - though I didn’t know it was going to be a series when I first began. The Murders of Molly Southbourne featured Molly, a young woman with a peculiar affliction - everytime she bleeds, another “molly” is born full grown and intent on mindlessly murdering her. What a concept! I loved it. I *liked* the second, but it was a somewhat different thing. Still compelling, but perhaps less. It widened the scope of what we knew of the mollys, it just didn’t reach the same highs.

The Legacy of Molly Southbourne is the third, and this time presumably final book in this sequence - now with a community of molly’s trying to make their lives and, interestingly, a community of Tamaras doing the same, until a presumed dormant Soviet cloning program rears its head and puts them at odds.

I’m not likely to do justice to The Legacy of Molly Southbourne, but it takes so much of what I loved about Murders, broadens it, adds depth, and just hits on every level. There’s a murderous molly, a molly-hunter, and a gathering storm of a final fight on the horizon. It’s friggin great. You absolutely need to read the first two books for Legacy to hit. But if you do, watch out.
Score: 8/10