Kimberly created her first videogame back when the 80-column card was the new hot thing. This turned a literary love of science fiction into a full blown obsession with the intersection of technology and humanity.

Today she spends her day-job time in VR, lectures on the intersection of art, narrative and code and writes science fiction about how all these app-driven superpowers are going to change the human race. You can find her on Twitter at @Ing3nu or on her blog at www.ungerink.com. Kimberly’s second science-fiction novel, The Extractionist, will be released in July of 2022.
Today she tells us about her Six Books. 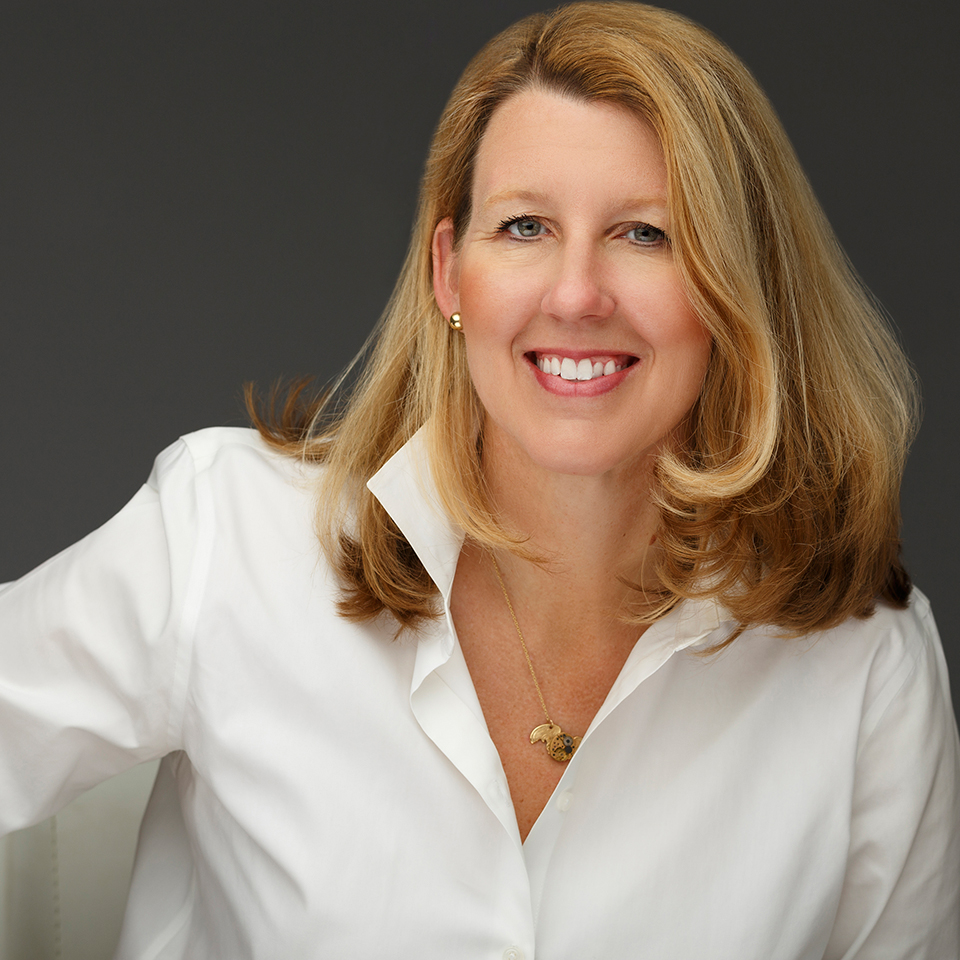 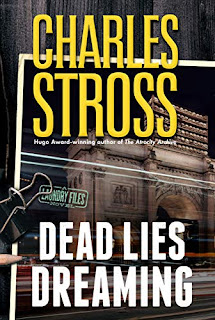 I have, in my hot little hands, both Quantum of Nightmares and Dead Lies Dreaming by Charles Stross. I’m a fan of all his work, but the Laundry Files strike a particular chord for anyone who has 1. spent significant waking business hours in some form of cubicle hell and 2. who has witnessed first hand the way bureaucracies have begun to evolve to handle agile and fast moving threats.
2. What upcoming book are you really excited about? 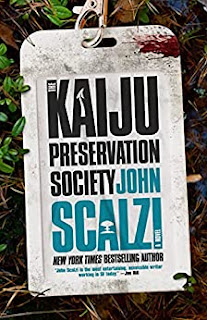 As of this writing, The Kaiju Preservation Society by John Scalzi is on the top of my list, but I’ll probably have finished reading it by the time this goes to press. However, that’s the cool thing about books, there’s always more on the way and I’ll have something new to be excited about shortly.

3. Is there a book you’re currently itching to read again?
Weirdly enough, not right now. I blame the pandemic. I went back and did quite a bit of re-reading (one of the side benefits of e-books is it’s much easier to keep them around long-term) and I’m all caught up and looking forward to the new stuff. 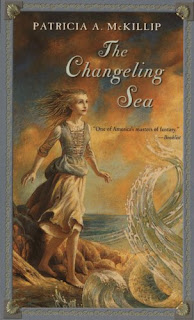 Patricia K. McPhillip’s The Changeling Sea sticks with me. It’s short, it’s cleanly crafted, it’s charming, there are elements of her writing craft in that book that I strive to reference in my own style. 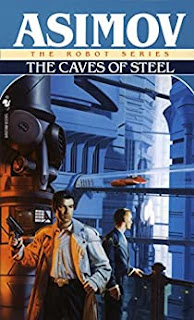 I’m going to say “Caves of Steel” by Isaac Asimov. I first read it in high school and it was one of my first tastes of “harder” science fiction. At the time I was deeply into mysteries so that combination of a noir-style detective story set in a far future world opened up a lot of ideas to me about the differences between worldbuilding and narrative. It’s interesting to look back on some of those books to see where early science fiction authors got it right, because there’s always something in there they got right.
6. And speaking of that, what’s your latest book, and why is it awesome? 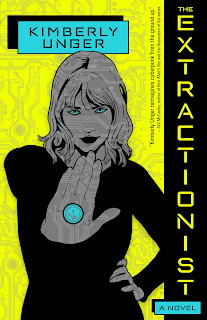 The Extractionist, interestingly enough, has its start in pop-culture sci-fi, rather than cyberpunk. In every popular-culture science-fictional world, someone gets stuck in virtual reality. Sometimes it’s a trap, sometimes they fall in love, sometimes it’s just a remnant of an alien civilization but sooner or later, someone needs a rescue. And if it really is such a common occurrence across all different universes, wouldn’t it make sense that some enterprising soul has figured out how to turn those rescues into a paid gig?


So allow me to introduce The Extractionst, a cyberpunk novel about a disgraced engineer whose bleeding-edge second career turns deadly. Eliza McKay’s called in to extract the head of an international spy ring from an undercover operation the Swim. For McKay, success means she has a shot at getting her old life back. For the client, it should mean putting the gears in motion to bring down a corporate warlord. But the kind of existential crisis that gets you stuck in a virtual reality internet isn’t driven by logic and fact. To figure out the truth, McKay must push the envelope of what the human mind can do, risking her own life and facing down mistakes from her past.
Thank you, Kimberly!
POSTED BY: Paul Weimer. Ubiquitous in Shadow, but I’m just this guy, you know? @princejvstin
Posted by Paul Weimer at 12:00:00 AM