Ed McDonald’s debut novel BLACKWING began the The Raven’s Mark trilogy, which continues with RAVENCRY and concludes with CROWFALL. His newest book is DAUGHTER OF REDWINTER

Ed has been writing stories since he was a child, and studied history for his BA and MA degrees. He is a practitioner of Historical European Martial Arts (HEMA), and his love of history has helped to inspire the books that he writes. 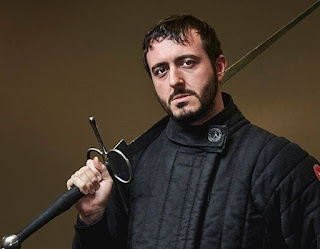 Today I ask him about his Six Books

Currently I’m reading Wounds by Nathan Ballingrud. It’s a brilliant short story collection about some really gruesome stuff – this horror is not for the faint hearted.

I came to Wounds because I saw the movie of the same name on Netflix. It’s possibly my favourite movie of all time, so I needed to read The Visible Filth, the story that it’s based on. I don’t really get scared by movies or by literature, instead I get this kind of elation at the horror, almost a sense of euphoria from the audacity of the writer. I adore cosmic horror and extra-planar monstrousness and so this is right up my alley. 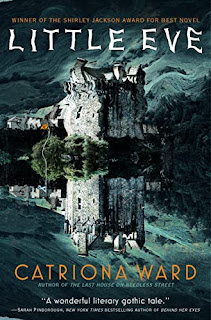 Maybe this is cheating because I’ve already read it, but Little Eve by Catriona Ward is finally arriving in the US for publication by Tor Nightfire in October 2022. Full disclosure, Cat is my partner and Little Eve was the first book of hers I read, before we got together and it never received a US release! Despite that it still won the Shirley Jackson Award in 2019. I’m so excited that US readers will finally be able to enjoy it.

Since I’ve cheated the question a bit, there are two non-scheduled books I’m waiting for: Nicholas Eames to finish the series that began with Kings of the Wyld and I’ve been waiting over a decade for J.V.Jones to finish her Sword of Shadows series, which I consider up there in the best fantasy of all time. 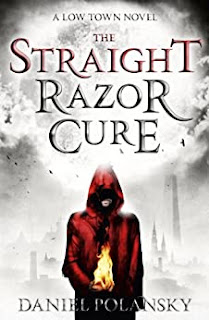 It’s very rare that I re-read anything, but when summer hits I’m planning to read Daniel Polansky’s Low Town series again, starting with Low Town (published under the much better title The Straight Razor Cure in the UK). There’s this amazing feel to Daniel’s writing, and I’ve rarely read a character done as well as his protagonist. 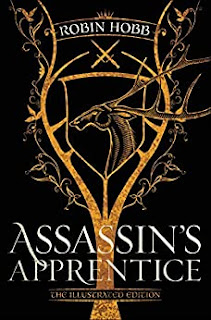 Is there any fantasy author who doesn’t wish that they’d written Robin Hobb’s Farseer trilogy? Just thinking about it gives me a kind of aching feeling, it’s so deeply personal and beautiful. 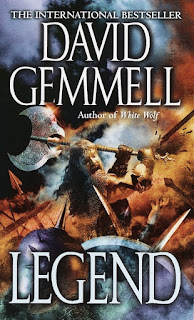 David Gemmell’s Legend spoke to me in a way that no other book has ever managed to achieve. It’s not very well written. There are some dubious character portrayals. It’s far from a perfect book. And yet, the overall message and feeling it gave me as a teen became something that I’ve kind of based my entire life philosophy around. Never give up, never back down in the face of evil, never let others suffer through your inaction, even if it costs you. I believe in the heroism of the message David put forward in that book to my very core. I’ve never read a last stand written so well.

I’m so excited to finally bring Daughter of Redwinter to readers. Raine is a 17 year old girl just trying to find a place to belong, and has fallen in with a dubious cult of travelling spiritualists, but has found herself besieged for a mistake they made. All her life she’s had to hide the fact that she can see the souls of the dead, and as she becomes embroiled in dangerous events she’s taken to the fortress-monastery of the Draoihn, warrior magicians who have a sacred duty to keep the Night Below contained beyond the veil. But Raine’s ability to see the dead is inherently tied to the darkness, and she finds herself living among enemies.

There are a lot of different themes to unpack in Daughter of Redwinter. It’s a coming of age story, it’s about found family, it’s about abusive relationships, love, depression, sexuality and trust, but ultimately it’s a story of hope. I believe that all authors inadvertently state their truth in their writing, and I hope Raine’s story is one that excites readers.