Scott Drakeford is a longtime lover of the written word, especially fantasy fiction. Rise of the Mages is his debut epic fantasy. He had his first taste of ‘the good stuff’ in his younger years. He spent countless hours reading and re-reading his favorite fantasy novels, shaping him more than was probably healthy, and lurking sites like Wotmania (RIP) while waiting for each new book to come out.Later in life, he was tricked into becoming a “responsible adult”, getting a degree in engineering, and living the corporate life in the technology industry.Scott currently lives in the Boston area with his badass tech wizard of a wife, their tenacious daughter, and two dogs. 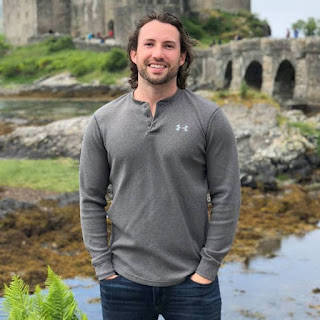 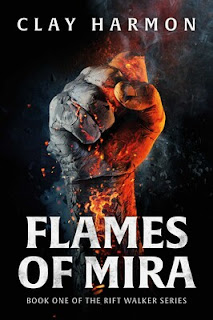 I’m reading an ARC of Flames of Mira by Clay Harmon. Clay has been a friend of mine since we met at World Fantasy Convention in 2018, and I’m pleased to report that his book is fantastic! Clay has done a great job crafting a story that starts with nice pacing and character development. He weaves in an impressive amount of worldbuilding so deftly that you hardly notice it. I’m loving it so far. 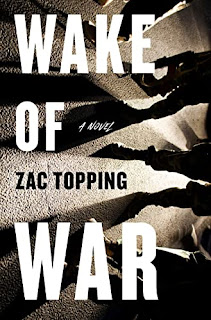 There are just so many good books coming out this year. The Justice of Kings, Engines of Empire, Wake of War, Flames of Mira, The Memory in the Blood, and The Book Eaters all come to mind for 2022, and are all by new or relatively new authors. I think Wake of War might have intrigued me the most. It’s a military thriller written by fellow debut author and veteran Zac Topping, and offers a look at what a near-future rebellion and civil war might look like in the US. It also features my hometown of Salt Lake City, Utah, so I’m really excited to give it a read. A book like this was on my list of stories to write myself, so it will be a real treat to see it done by someone who knows the reality of war in a way I (hopefully) never will. 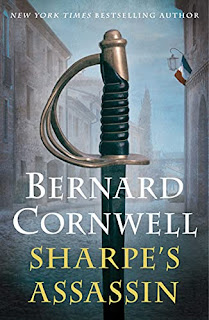 I re-read books a lot. Now that I’m a writer myself, I tend to be overly critical of new-to-me works. It’s difficult to turn the editor brain off and just enjoy books sometimes. I don’t seem to have that problem with books my brain has already decided are good, though, so when I need a real break I tend to find it in re-reads more often than not. It’s a weird mental block I am working to get rid of.

To finally answer your question: I’ve been meaning to re-read Bernard Cornwell’s Sharpe series. I’m a big fan of Cornwell’s books in general, and the military tactics in my own Age of Ire series are evolving to be somewhere between the sword and shield battles in the Saxon Stories (The Last Kingdom) and the musket and cannon warfare in the Sharpe series. I don’t focus quite so singularly on military tactics like Cornwell does, but it’s a major aspect of what I’m trying to write. And nobody writes an engaging war story like Cornwell.

4.  A book that you love and wish that you yourself had written. 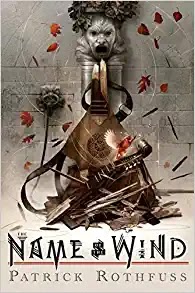 Easy. The Name of the Wind. And I think it’s because of all the books I love to death – and there are many – The Name of the Wind is just… perfect. I know that there are people who don’t like the slow plot, or that Kvothe is an (overly) gifted person. I think those are unfair critiques, honestly. The book has a plot, it’s just not the primary focus of the story and doesn’t move to resolution quickly. It’s simply not a story about earth-shattering events… for now. The plot is wonderfully fit into the slot that world-building or character arcs might fit in more plot-forward stories. And with respect to Kvothe’s abilities, I think Rothfuss struck a very nice balance. Kvothe is talented enough to make the story interesting, but Rothfuss was very careful to make sure there’s always somebody (or multiple somebodies) that are considerably better, or at least more accomplished and better positioned. To me, both of these are very positive aspects of his story: I love nothing more than rooting for someone who is working to improve themselves and their fortunes, especially when it involves operating outside the lines of polite society. The other positive aspects are well known and obvious. Rothfuss’s prose is clear and effective, yet poetic and provocative at just the right moments. You can tell that Pat is a perfectionist, which I appreciate and sympathize with as a fellow sufferer. His characters are deep, detailed, and nuanced, even those we only see very briefly. Simply said: if I could consume anyone’s writing talent and make it my own, it would be Rothfuss’s. 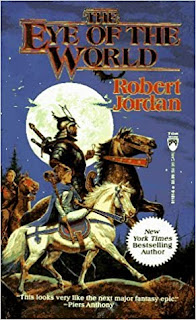 This answer won’t be all that original either. The first book I can remember reading that had a significant impact on my *writing* was The Eye of the World… and the subsequent five or so books of the Wheel of Time that were out when I started the series around age twelve. It wasn’t the first fantasy I read and loved, but it was the first that made me start thinking about the process and the sheer amount of work associated with writing such intricate societies and character arcs in a world with a very rich history. This didn’t necessarily inspire me to write - in fact, it scared me away from writing for a long time. It seemed an insurmountable task at the time. But what it did was give me an appreciation for the depth involved in top-tier storytelling, and in many subsequent re-reads I gained further appreciation for everything Robert Jordan managed to work into his books. And though I absolutely love the Wheel of Time, it also convinced me to stick with fewer POVs in my own books, lest I wind up with 15 novels that take me more than a lifetime to complete. 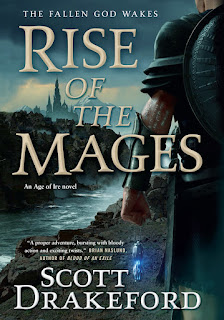 Thank you for asking! My debut novel, Rise of the Mages, launched on February 8th. It’s an action-adventure fantasy set in a world where (slightly modified) electromagnetic energy, infusori, is the primary energy source for an emerging industrial revolution and for the world’s ‘magic’ practitioners. Two brothers attend a school for infusori engineering and military arts that is seized by a ruler looking to expand his technological capabilities in a bid to win a war that is stifling the economy of his home Province. Emrael, a student of military arts, must go to extreme lengths to save his younger brother Ban, who is captured in the attack. Luckily, he finds a few friends who are (mostly) willing to help.

I tried my best to smoosh together the aspects I loved most from some of my favorite stories: the mystery and adventure of the Wheel of Time, the familial tone of the Belgariad, the pacing of Red Rising, the battles of Cornwell, and the focus on technology and political realism of Modesitt.

Above all, I love this story because it’s everything I had hoped to be capable of creating when I began writing it ten-plus years ago. Some of my deepest fears and desires are wrapped in the various layers of this story, most especially the desire to overcome the misfortunes that befall us all in life and work toward a brighter future with loved ones. The characters and the world have become deeply real to me. I hope they inspire others as much as they have inspired me.