Interview: Helen Corcoran, author of Queen of Coin and Whispers 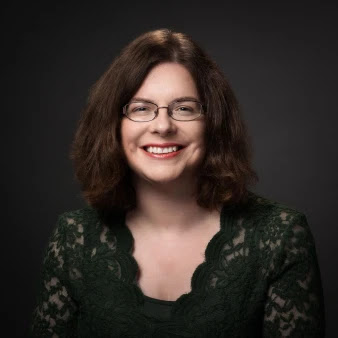 What happens to someone when they have a childhood full of dreams of queens, heroines, knights, and adventures, then they grow up to become a bookseller and surround themselves with books?  Since I've just described Helen Corcoran, author of Queen of Coin and Whispers, we get to find out!

Queen of Coin and Whispers came out this past June,  follows an idealistic queen and her spymaster.   Lia has inherited a bankrupt kingdom, and yearns to correct the mistakes of her predecessors. Her spymaster Xania has a violent history and her own goals, the first of which is avoiding the executioner's axe.   Politics, intrigue, banter, flirtations (and flirting through books!), revenge, hidden enemies, and the future of a country in the crosshairs, this sounds like an excellent next read if you're looking for a YA queer fantasy of manners with diverse characters, a slow burn romance, and intense emotions.

Interested in prequel short stories? Don't worry, the Corcoran and her publisher have you covered! Click here for the free prequel, Three Times a Future Queen Almost Met Her Future Whispers, (And The First Time She Did).

Corcoran lives in Dublin, Ireland, surrounded by books, chocolate, coffee, and friends.  Learn more about her work, her experiences as a professional bookseller, and her search for the perfect latte at her website HelenCorcoran.com, and by following her on twitter, @hcor.  She was kind enough to let me pick her brain about the inspirations for the novel, how she kept track of who was allied with who and who was planning to backstab who, tricks for writing witty banter, and of course how she came up with the "flirting through books" scenes.

NOAF: What inspired you to write Queen of Coin and Whispers? How long did it take you go from "I've got this great idea!" to typing "The End" on your manuscript?

Helen Corcoran: I wanted to write about a princess who was ready to inherit the throne, who'd been preparing as best she could, and was aware of the political and economic situations she faced. I'm also fascinated by historical spymasters, and the kind of personalities that suited the role of information gathering.

I got the idea in late 2013 and completed a first draft in January 2015. It took about another four drafts, including completing a revise and resubmit for an agent, before The O'Brien Press offered on Queen of Coin and Whispers in April 2018, and I worked on edits through 2019. So Lia and Xania have been with me for some time!

NOAF:  The characters "flirt through books?" I love books, and I love when characters flirt with each other, so I need some more details on how you did this!

HC: I'd stalled on progressing the romance in a draft, and was trying to figure out how to get one of them to actually admit their feelings! I was part of a bookclub, and I'd mentioned a writer as part of the world-building. Lia and Xania are readers, and it was one of those times when two things clicked together: the writer had written romances, including ones between women, and Lia enjoyed them as comfort reads, showing a relationship she desperately wanted but couldn't have because of being queen. So for her to lend Xania these books, which mean a lot to her, is a safe overture... unless Xania figures out what she's trying to hint at.

NOAF:  Who was your favorite character to write? What made that person so fun to develop and watch grow? 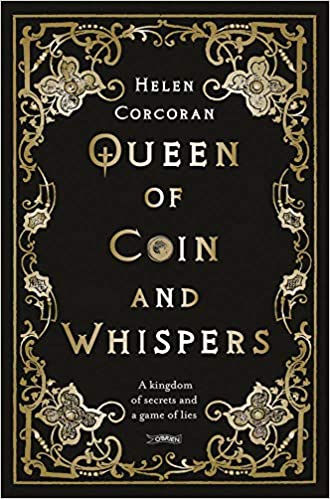 HC: I love Lia and Xania, as they're both POV narrators and I've spent years with them, but I love how much Xania changes from her first POV chapter and the epilogue. A lot of her motivations and goal are personal, whereas Lia’s are based more on formality and external factors, and that gives Xania’s plot and emotional arcs a different feel. Xania is (justifiably) wary and distrustful at the start of Queen, and watching her grow both personally and professionally, and seeing how far she comes . . . it makes me very happy, which probably sounds weird as I created her!

NOAF:  The plot has a lot going on - political intrigue, family dynamics, young rulers growing into their roles, characters that have deep backstories, and more. What was your process like to outline everything that happens?

I didn't really plan out the political intrigue during the first draft, and carried myself through to the end with a dose of naive optimism and the help of a vague outline. Fixing that sort of foundation took . . . a few drafts. At one point I had a flow chart of who was allied with who, who was enemies with who, and who was double-crossing at various points. And then it all had to be carefully woven in to the main and romantic plots! It was hugely satisfying when it all came together, but I leaned valuable lessons about the benefits of a structural outline.

NOAF: Early reviews are already up, and many of the reviewers mention how enjoyable the witty dialog and banter was. Writing good dialog is hard! Have you got any tips for writing witty dialog and making the banter feel fun and funny?

HC: I try to say all my dialogue out loud. And sometimes I'll be thinking about whatever I'm writing and find myself saying lines of dialogue or narration aloud, and I then usually have to scramble for the notes app on my phone, as I'll inevitably never remember them.

NOAF:  Queen of Coin and Whispers is a stand alone. Do you have plans to write more in this world? In general, are you a fan of series, or is your personal preference towards stand alones?

HC: Queen of Coin and Whispers is a self-contained novel, but I hope it won't be a standalone. I hope I'll get to write at least another book, connected to Queen but still standing on its own terms. It's set several years later, with a new narrator (to explain who she is spoils Queen!), but Lia and Xania feature as older characters. It depends if Queen does well, and the publisher would like to buy it.

I'm a fan of both! I especially like separate-but-connected novels that expand upon a fantasy world, like Graceling/Fire/Bitterblue by Kristin Cashore. That way you get stand alones, but you also get to see more of a world you've fallen in love with. That said, there's nothing like loving a novel and realising it's part of a series.

NOAF:  There is a fine line between if a fantasy novel is YA and if it isn't, and I don't quite understand where that line is. What are your thoughts on this? What makes Queen of Coin and Whispers YA as opposed to, well, not YA?

HC: A friend of mine said it best: adult fiction with teenage narrators usually shows them as adults looking back at their teen years; there's a distance in the emotional experiences. Whereas YA fiction usually has teenage characters experiencing everything right in the moment of the novel.

Lia and Xania are teenagers with responsibilities in a fantasy world, but they're still going through things for the first time: attraction and love, and figuring out who they want to be in this world and what they stand for. Who they want to be, beyond the shadow of their families' mistakes and legacies.

HC: Bookselling is an emotionally and physically taxing job, and that's before you add in a commute or different types of shifts. I found it better to write in the morning before work, as it was easier to pick it up again during lunch if I already had a word-count, even if the day had turned stressful and pear-shaped.

I think it all boils down to a love of stories and an emotional connection to them. I can't speak for everyone, but I read because I love it; there's always something else I could or should be doing! It's a similar love when selling books (booksellers certainly aren't doing it for the money), though you're usually convincing someone else that they'll love the book you're recommending. It's very easy to walk into a bookshop and get a vibe for whether the booksellers actually read. And I feel that same love has to carry through when writing: again, there's lots of other things I could or should be doing, and writing takes both time and effort.

NOAF: Thank you so much for chatting with me!