Microreview [book]: The Gurkha and the Lord of Tuesday, by Saad B Hossain 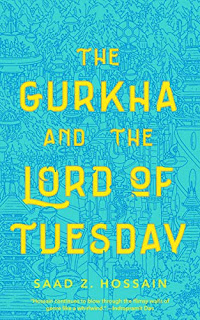 Melek Ahmar, Djinn King, Lord of Tuesday, has a problem. He has been sleeping for a long time, millenia in fact. When he wakes up, the world has vastly changed, and he is not prepared for a Earth where the air and water are contaminated and people huddle in a few cities. And you thought that you overslept last Saturday when you woke up an hour late!

Gurung, a Gurkha soldier with a past who has been living in exile on the mountain where Melek has been sleeping, has secrets and problems of his own, especially revolving around why he is on the mountain rather than in one of the much safer cities. They form an unusual bond and go off on an adventure together in a “Wunza” format that is, as far as I can tell, is a unique pairing. While the author has written about Djinn before, and Djinn as characters is nothing new, having a buddy pairing like this is fresh and new.

Their story, and their adventures in future Kathmandu are heart of Saad B Hossain’s The Gurkha and the Lord of Tuesday.

Readers of my review might know that I visited Nepal in October 2019, so I was delighted by the prospect of a SF novella set in future Nepal, with Kathmandu as an oasis of safety in a world where a nanite infused wind blowing the wrong direction can kill you in an hour. Kathmandu is wonderfully depicted as a future place thast still has ties to the past. The Garden of Dreams, a delightful garden I visited in Kathmandu is a major location for events in the novel, and I happily remembered and envisioned my time there with the sequences set there. Small cultural details of the city, like the deliciousness of momos, also helped ground me back on my trip.

The fish out of water Melek is a delight from the start, spouting references and connections to things that are thousands of years long since gone, completely out of touch with the way things are now. The fact that the longs to be a King and a ruler again in a world where that is quite out of fashion delights, especially when he gets to Kathmandu and finds out how it is run --by an AI, and using social capital as the basis of society. Lots of the future speculation of the novel revolves around the AI Karma, how its social system works, and how the AI tries to run one of the few oases of safety left in a devastated world.

Gurung, the Gurkha, is the other half of the buddy comedy that this novella often runs on, and he is a complicated sort. He is long since self exiled from Kathmandu for some very good reasons, but he has a long list of people he would like to pay back, and teaming up with Melek is his ticket to do so. The manipulative way that Gurung tries to leverage and direct the relationship with the powerful but less clued-in Melek is a fascinating study in manipulation of the levels of power. Gurung is just one man, one soldier, but in guiding Melek to the actions he wants, he has an outsized role in events. Enough, perhaps to bring a city to its knees.

And there is more, since for all of the richness of the technology in future Kathmandu, this is a novel that runs and works on relationships and personalities. Take Sheriff Hamilcar Pande, who works for the AI Karma, but in the main, he has a make-work job that does nothing much, given how the AI keeps things humming. He doesn’t ask or require much, either. He in fact considers himself a boring man, but when Melek and Gurung come to Kathmandu and start causing trouble, he, with the help of his lover Colonei Shakia rise to the occasion, but it is the relationship he has with Karma that really drives his actions and reactions as much as events. 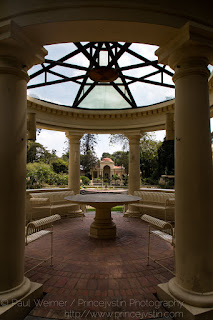 My favorite secondary character, though, in this delightful stew of personalities,is ReGi. ReGi is a teenager aspected Djinn who lives in the aforementioned Garden, and while Melek can overawe her with his power, her snark and skepticism of her elder and their interactions overall are delightful. The fact that Melek wants to overturn the apple cart of her existence and the city in general is something that ReGi definitely has vocal opinions about. I do think that ReGi and characters like Coloneil Shakia could have used a little more page count, though. I wanted more with them.

In general, as you can see the manipulation and the uses of power and those who leverage it is the running theme of this novel in various forms. Entities and systems with greater power are leveraged and manipulated by people to advantage, and often to the detriment of people without it. (people without any social standing in Kathmandu are called “zeroes”, reinforcing the point that the author is going for here). The actual running plot of what Hamilcar discovers about Gurung’s previous life in Kathmandu and why he has such a grudge in the end ties right into those imbalances of power and how they are manipulated and accentuated. For all of the fun of the novel in setting and character, this theme is really where the power, if you will forgive me, of the writing of the author lies.

Bonuses: +1 for a wonderful pair of main characters with a great relationship
+1 for a vivid future Kathmandu

Reference: Hossain, Saad B. The Gurkha and the Lord of Tuesday [Tor.com Publishing, 2019]